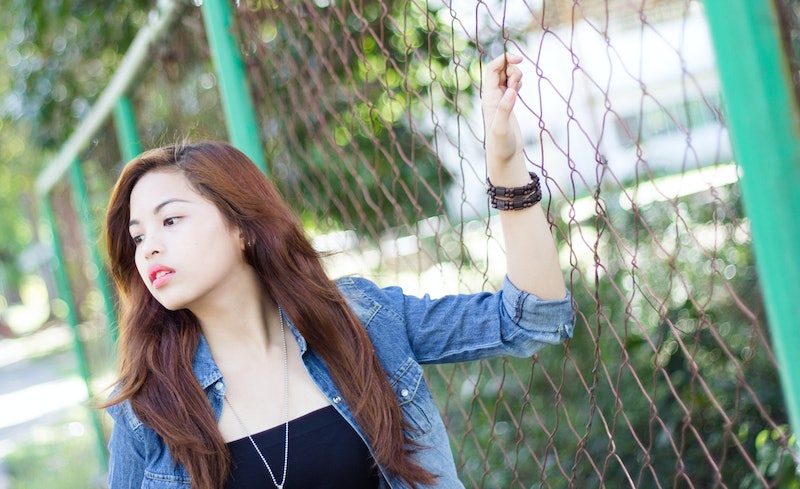 Masculinity isn't inherently "bad"; neither, for that matter, is femininity. But there are certain brands of both that are toxic, and it's attitudes of toxic masculinity that are currently getting called out under the Twitter hashtag #MasculinitySoFragile. In addition to addressing toxic masculinity itself, however, the hashtag — or perhaps more accurately, some of the responses to it — also reminds us how important it is to remember that criticizing a concept or a construct isn't the same as criticizing a specific person or group of people. Dialogues about problematic elements of our society aren't meant to bash anyone; they're meant to help us solve problems together.

Ladies and allied men created the #MasculinitySoFragile tag to talk about how destructive a strict adherence to masculinity is. However, a huge number of men (many of whom, somewhat unsurprisingly, are GamerGate supporters — check out the descriptions of pretty much all of them on their Twitter bios) responded by being all "WHY DO YOU HATE MEN???" and "IF WE'RE SO FRAGILE HOW COME WE ARE FIGHTING IN WAR WITH GUNS." In addition to being kind of knee-jerk-y, these responses miss the point of the hashtag.

Look: I love men. I'm a mostly heterosexual woman ("mostly" because, I don't know, sexuality is fluid like Alex Mack) and I've been boy crazy since I knew what boys were.What I dislike is oppressive masculinity — the homophobic, sexist way that boys are taught to hate "girly" stuff; the way attractive women are alternately worshipped and despised; the way men are taught to be afraid of showing weakness. Masculine fragility is a part of sexism, but different, more specific — like white fragility, it defines itself by fear. In this case, that fear is both of women themselves (and the taint of woman-like, feminine behavior) and fear of being called out as sexist. It's the idea that your identity as a man is called into question by innocuous things like crying, or telling your friends you love them, or liking the color pink.

Here are just a few of the attitudes feminists are calling out under the hashtag:

A vocal number of men, however, have responded with tweets ranging from, "If men are so fragile, how come women freak out when they break a nail" (yup, women crying when they break a nail is definitely a thing that happens in real life all the time and not just in cartoonish depictions of women on outdated sitcoms) to, "At least men don't have SJW freakouts over small first world problems!" (Uh, like a hashtag?).

What's really sad is that the men who are so offended by these tweets don't realize that dismantling masculine fragility is something that arguably would help men more than women. Male fragility keeps men suppressing feminine parts of themselves despite that it's normal and healthy for both men and women to have masculine and feminine sides. This suppression makes for weaker support systems and, as one Tweeter above pointed out, an increased rate of suicide.

Is #MasculinitySoFragile that some men can't even see that feminism can help them, too? That's what it looks like.