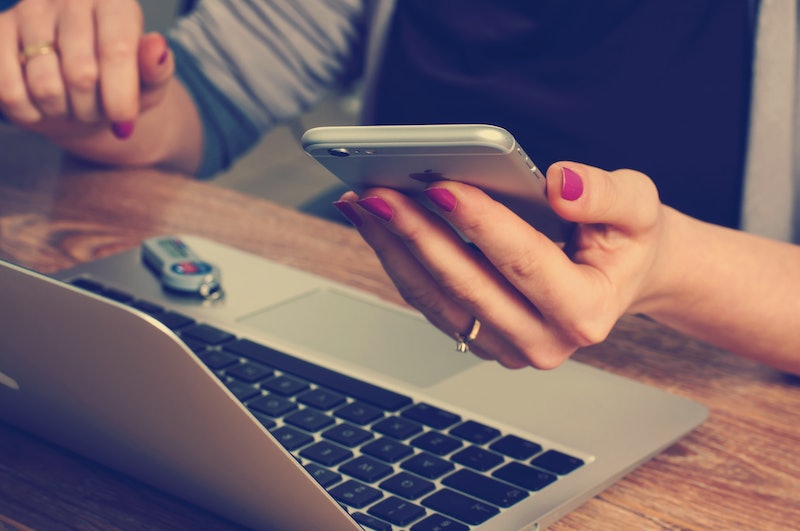 Snapchat is kind of a social media phenomenon. There are alternatives, but none of them has anywhere near the 100 million users who actively share pictures and comments on the little ghost app. Hoping to capitalize on the app's quick-reading audience, developer Prerna Gupta has introduced Hooked, a reading app with "books for the Snapchat generation."

The entire concept of Hooked seems to draw more from #twitterfiction than from Snapchat, however. Full of short, 1,000-word stories told as series of text messages, Hooked has a strong foundation in literary history, according to Gupta, who says her app hearkens back to the popular epistolary fiction of yesteryear. Hooked's stories are largely written by MFA alumni, whom Gupta recruited, but eventually users will be able to create and share their own, original content.

Whether Gupta's app takes off or not, there are plenty of short, witty books already out there. The eight titles on this list are perfect for the Snapchat crowd, who value connecting with friends through finite images and pithy caption comments. If you're a frequent Snapchatter, put these books on your TBR ASAP, and be sure to snap a book recommendation to your friends and family while you're at it.

Within only a few months of starting his legendary Twitter feed, author Justin Halpern had already signed a deal to turn it into a book. Sh*t My Dad Says is a collection of irreverent, blunt, and coarse pieces of wit and wisdom from the comedy writer's father, Sam. Once you read it, you'll realize that Sam Halpern is all our fathers.

The concept is simple: what if your favorite writers and characters had cell phones and used them to communicate with each other? I read this book in a day and a night and I had to stifle laughter to keep from waking up the whole house.

The Tent by Margaret Atwood

I tend to think of The Tent as a literary miscellany. It's a collection of Margaret Atwood's poetry, short essays, and musings on the writing craft, and it's perfect to pick up when you just want to read small things.

If you've ever watched mid-20th century films on cable, you might have caught Otto Preminger's film adaptation of Bonjour Tristesse. Françoise Sagan's 1954 novel centers on 17-year-old Cécile, who has grown cynical in the wake of her widower father's many love affairs. It's a short and beautiful novel you're sure to love.

The Importance of Being Earnest by Oscar Wilde

It's amazing how, in such a hyperconnected age, we can still have so many communication breakdowns. That's pretty much all The Importance of Being Earnest is about. Two men adopt the same false identity — Ernest Worthing — in order to woo women, but their plans become infinitely complicated when their lovers meet each other and discuss impending nuptials.

The Complete Persepolis by Marjane Satrapi

This poignant graphic autobiography details author Marjane Satrapi's childhood and adolescence in Iran and Europe. It's a personal look at the Islamic Revolution, at childhood in upheaval, and at life in exile.

Holly Golightly is the waif-like party girl you met in college. Maybe you even were her in college. The Breakfast at Tiffany's heroine is an enigma: a free-spirited gold-digger who likes to provide shocking details of her private life but never lets anyone get too close. Sounds like social media to me.

The titular Lucinella is a poet living in 1970s New York City. She's surrounded by the up-and-coming literary crowd: a bunch of self-absorbed, self-exiled misfits obsessed with the fame and fortune due them. Even four decades later, these characterizations will still ring true when you read Lucinella.