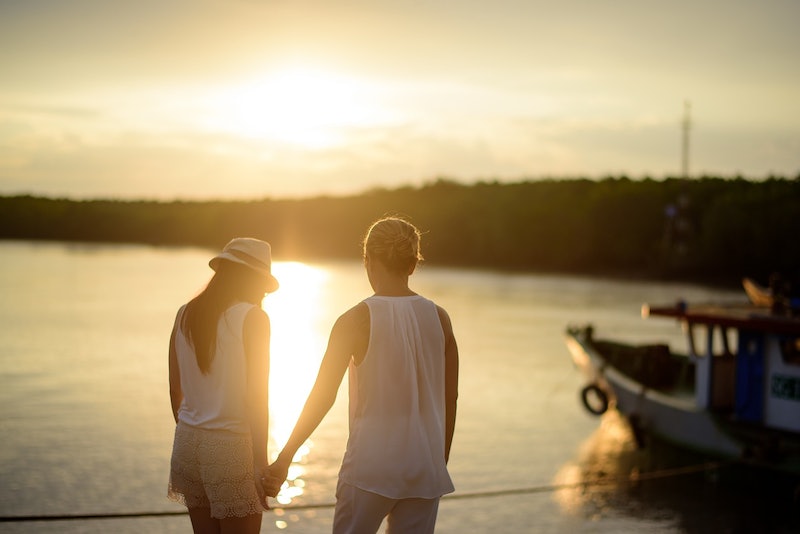 If you’ve never had a crush when you’re in a relationship, then you’re missing out. Crushes are, if you don’t go buck wild and act on them, really fun. If it’s someone you work with, it makes work that much more bearable. If it’s someone who lives in your building, then it gives you a reason to linger at the mailboxes just to make silly, pointless small talk. No matter your relationship status, crushes are really harmless.

But while crushes are, for the most part, not a big deal, to your partner it can be a problem. A 2013 study published in The Psychology of Human Sexuality found that over 50 percent of people in relationships consider cheating as “forming deep emotional bonds” with others. While this may not be entirely the case when your crush is only one-sided, if the person you’re crushing on is crushing on you, too, then some partners are liable to be less than pleased. But, hey, it’s a crush! I think we’re all allowed to have crushes, and if you’re not physically cheating, then maybe your partner needs to take a breath and settle on down. Maybe they should get a crush of their own, too.

Still feeling guilty? Stop it. Here are seven reasons it's totally OK to have a crush when you're in a relationship.

2. It Actually Has Some Benefits

When people have been together for a long time, they sometimes forget to show each other just how much they appreciate them. It can be frustrating that you’ve decked yourself out to the nines, but that your partner just doesn’t notice. If your crush is mutual, then you get to benefit by getting the attention you crave from your partner. Your crush might tell you that you’re adorable or look nice, and you can finally get some of your confidence back.

3. It Doesn’t Always Mean There’s Something Wrong With Your Relationship

4. You Can’t Help Who You’re Attracted To

According to Dr. Gary Lewandowski at Science of Relationships:

“There is reason to think that being attracted to others is unavoidable. When we look at another person our brain very quickly processes the visual information our eyes see, and we nearly instantaneously make a judgment concerning the other person’s attractiveness. We can’t really help making these judgments; it’s automatic.”

But despite that being the case, if you’re in a relationship, you can fight against the attraction by focusing on things about that person that make them less attractive. That is, if you don’t trust yourself to behave.

It’s so fun! It’s like being 15 all over again, as you feel yourself getting all childish and awkward around your crush. I mean, when was the last time you blushed like that? If you can keep your hands to yourself, then there really is no harm at all.

According to research from this past summer published in the Journal of Sex & Marital Therapy, of the 160 women surveyed for the study, 70 percent admitted to having a crush at one point or another. What it also found was that not only are these women not concerned about having desires for someone else, but felt that in wanting someone besides their partner, made them want their partner more.

7. You’re In A Relationship, Not Dead

Just because you’re in a relationship doesn’t mean that you have to stop appreciating others around you. Like I said, as long as you keep it innocent, don’t act on it, and have a good time, there’s really nothing about crushing on someone that should make you feel guilty or like you did anything wrong. It just makes you human... so crush away.