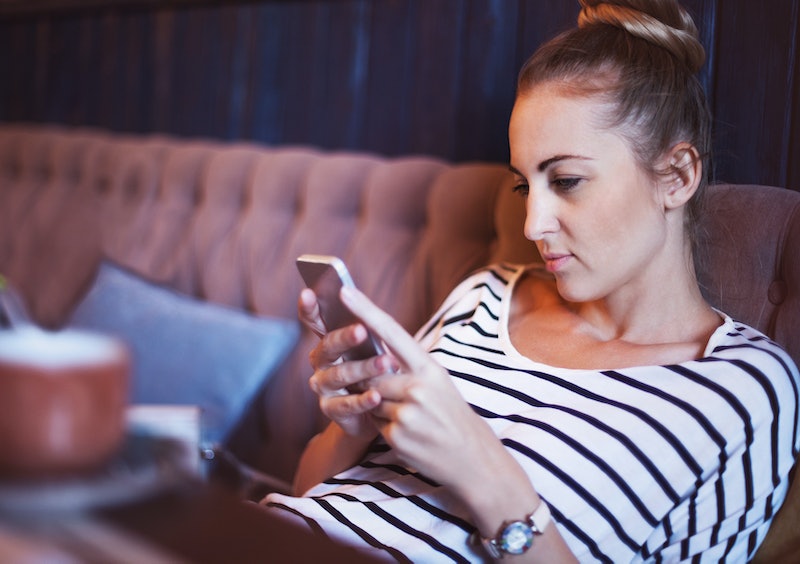 You've probably been there — staring at your blank laptop or phone screen, wondering what to write to someone online or on a dating app. Do you initiate conversation? Wait for them to do so? And if you do it, what do you say a first message? You don't just want to do what so many people out there seem to do and write, “Hey” or “What's up?” or some other generic line that probably gets copied and pasted to dozens of people at once. Hinge, the dating app that connects you to matches via Facebook (your friends and friends of friends), wondered the same thing.

“Everyday, the Hinge team is asked if we know the secret to starting a great conversation that will actually lead somewhere. Frankly, we didn’t! Since it’s our mission to help users move beyond the swipe, to connect over something interesting and to ultimately meet up — we decided to find out,” Karen Fein, Hinge’s VP of Marketing, said in the press release announcing the results.

So... what's the best opening line? Hinge came out with results from having asked users, 8 million impressions' worth through in-app testing over one month, which opening lines they'd use. Their copywriters and data analysts wrote up over 100 original openers (which varied in subject matter, structure, and length). Then, 22 percent of Hinge users received various conversation-starters to choose from and the study was underway.

What Hinge found out about the best opening messages can benefit daters everywhere, so keep it in mind next time you're on a swiping spree and later need to (actually) start messaging people.

2. Women Respond To Messages About Food And Men REALLY Like Assertive Messages

3. Age Makes A Difference (25? Send A Message About An Activity)

4. The City You're Dating In Matters, Too (Live In DC? Talk About Cheese!)

Hinge found these conversation-starter trends in some top cities:

Conversation-starter: Youth or childhood nostalgia = 68 percent higher response rates in San Fran than in other cities.

Conversation-starter: Referencing celebrities = 75 percent higher response rates in L.A. than in other cities.

Conversation-starter: Straightforward or cynical = 59 percent higher response rates in Boston than in other cities.

Conversation-starter: Fantasy-driven or musing = 45 percent higher response rates in NYC than in other cities.

Conversation-starter: Food-related (or specifically mentioned cheese) = 58 percent higher response rates in DC than in other cities.

5. Here's WHEN To Message Your Match

More like this
11 Super Bowl Instagram Captions To Use On Game Day — Even If You Don’t Like Sports
By Alexis Morillo
Flip Phones Are Gen Z's Favorite New Nightlife Accessory
By Maria Santa Poggi
These Are The Fastest Electric Kettles You Can Buy
By Margeaux Baulch Klein
25 Galentine's Day Games To Play On Zoom With Your Long-Distance Besties
By Mia Mercado
Get Even More From Bustle — Sign Up For The Newsletter
From hair trends to relationship advice, our daily newsletter has everything you need to sound like a person who’s on TikTok, even if you aren’t.