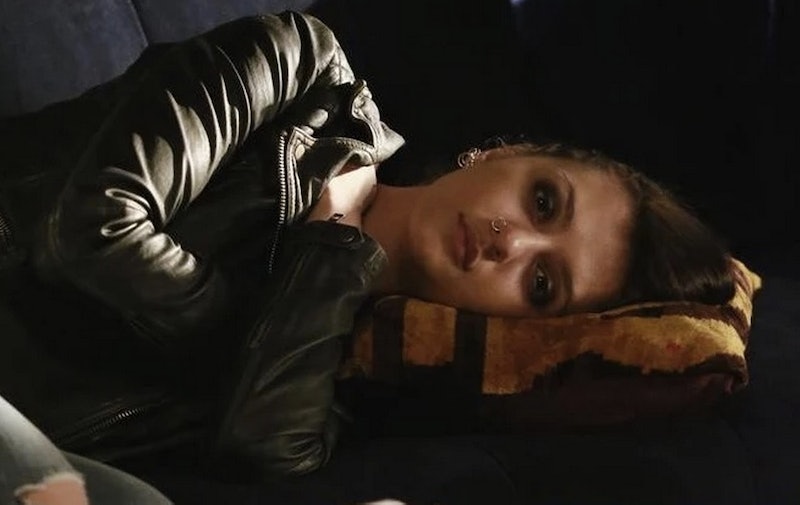 How to Get Away with Murder does a pretty good job at living up to its name. After just one season, there were three big murders. Two of them were solved, and one of them was left over for Season 2 to quit literally clean up. The murder in question: Rebecca, Wes' girlfriend/neighbor/shady friend. We were told that we'd learn who killed Rebecca on the HTGAWM Season 2 premiere, and indeed we did. On the Season 2 premiere, we learned that Bonnie murdered Rebecca, and it was actually a pretty dark and twisted. (But, then again, this is HTGAWM, so of course it was.)

The suspect list of who killed Rebecca was long. I had it narrowed down to just about every character on the show, including Rebecca — Hey, I didn't know! — but Bonnie actually makes sense. In Season 1, Bonnie hit some rough seas with Annalise when it was learned that Bonnie was totally head over heels in love with Sam Keating, Annalise's now dead husband. Sam was a straight up womanizer who was taking advantage of how enamored Bonnie was with him. When Annalise found out about this, she lost it. She also fired Bonnie. Although it didn't last, there was no doubt that Bonnie would do just about anything to win back Annalise's affection. This girl has some Issues, with a capital "I."

In the Season 2 premiere, we learned Bonnie killed Rebecca because she truly believed that Rebecca was guilty of Lila's murder. As Annalise pointed out, Bonnie probably didn't kill Rebecca because she thought Rebecca was guilty, but she wanted to protect Sam in anyway she could. I don't know if I believe that, since I think Annalise's approval is key to Bonnie being a functioning human being, but we learned a few things about Bonnie on the season premiere that really makes me feel like we're starting from scratch with her.

First of all, is she a sociopath? When Bonnie killed Rebecca, in cold blood, she kept repeating to herself that "she's a good person." She tells Rebecca that she needs to remind herself of that every so often. Then, Bonnie said, with literally no emotion at all, "You have to go," and proceeded to tape up Rebecca's mouth and put a plastic bag over her head. Dark. Twisted. And totally messed up.

So, where does the show go from here? Even if Rebecca did kill Lila, why would Bonnie feel the need to kill her? Bonnie probably killed Rebecca because she wanted to protect Annalise in her sick, twisted way. (Unfortunately for her, Annalise was actually upset Bonnie was the killer.) Looking into the future of the season, we will hopefully find out what dark past Bonnie has gone through that she ever so casually brought up right before murdering someone. She mentioned she was a victim, but moved on. What was she a victim of? Will we ever know? Ugh, this show. So good.

In case you need to brush up on your How to Get Away with Murder Season 1, catch Bustle's drunk recap below.

More like this
Netflix Shut Down 'Bridgerton' S3 Rumours About A “Very Dark” Storyline
By Bustle
Bill & Frank’s 'The Last Of Us' Episode Has Twitter Emotionally Wrecked
By Alyssa Lapid
Another Side Of Rupert Grint
By Maria Sherman
Linda Ronstadt’s “Long Long Time” Plays A Pivotal Role In The Last Of Us
By Brad Witter
Get Even More From Bustle — Sign Up For The Newsletter
From hair trends to relationship advice, our daily newsletter has everything you need to sound like a person who’s on TikTok, even if you aren’t.