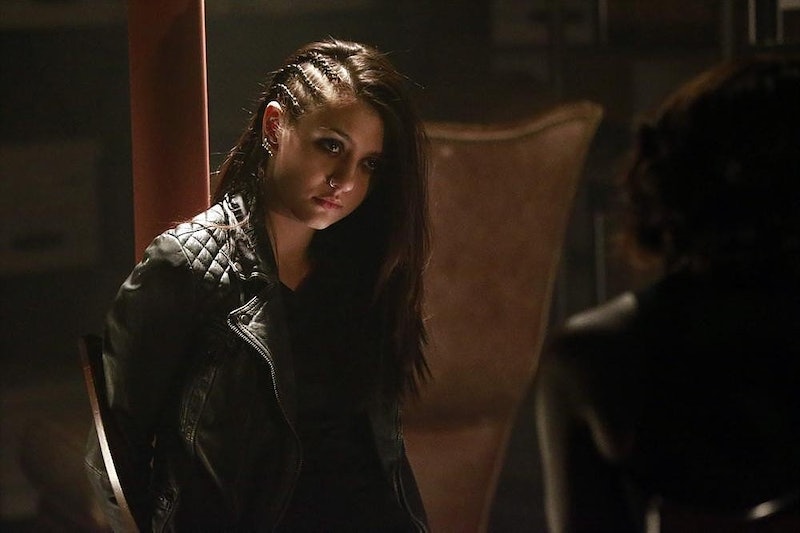 As most likely know by now, ABC's How to Get Away With Murder , is well... about murder, lies and deception. I knew the drama was going to be dark and twisted before it even premiered last fall, so I'm not sure why I was so shocked about all the death — especially that last mystery surrounding who killed Rebecca — that occurred during Season 1. After all, as viewers tried to unravel the mystery surrounding the death of sorority girl Lila Stangard over the 15-episode first season, more bodies began to pop up: specifically, just as Annalise Keating and her motley crew of first year law students were coming to grips with her husband Sam Keating's death; Wes Gibbins' femme fatale girlfriend Rebecca turned up dead. To say I was stunned would be putting it mildly.

I was not expecting Rebecca's death, because I thought there was much more to her story than had been previously revealed. I don't believe she got together with Wes by accident, and she surely had something to do with Rudy Walters' manic episode when he lived in the apartment Wes now occupies. Still it looks like Rebecca is gone for good: Viola Davis appeared on Jimmy Kimmel after HTGAWM 's season finale and confirmed Rebecca's death. Though we known that Annalise's Huck-like henchman Frank Delfino killed Lila, and Wes and the other law students all played a hand in Sam's demise; we're still clueless as to who killed Rebecca.

Luckily, it looks like fans won't have to wait long to find out who her killer is: According to Entertainment Weekly, the person who is responsible for Rebecca's death will be revealed in the season premiere of HTGAWM. Since the world is only two months away from finding out the truth, I can't help but speculate on what that means for the rest of Season 2. Since such a huge mystery will be solved right away, I'm guessing that Season 2 of HTGAWM will be shown in flashback similar to Lila's murder was revealed in Season 1. This time, however, I hope viewers will be getting a lot more of Rebecca's back story, while getting answers to all of the things many of us still have questions about. (For example, why did Frank owe Sam a favor?)

Still, if viewers discover who is behind Rebecca's demise so early on, she may not play as vital of a role in the plot as I might have originally thought. All of Annalise's law students and acquaintances seem to be hiding something, so maybe they'll be the focus of Season 2?

As for who killed Rebecca, I have my guesses: Since Frank and Annalise were the ones to find her dead in Annalise's basement, and they both insist on having nothing to do with her death, I think we're about to be thrown a major curveball. Honestly, I don't think Frank had anything to do with it — he's way too crafty to be involved in something so messy and obvious, plus he has very little motive. If I'm being honest, I think both Wes and Annalise had something to do with Rebecca's death. Wes was becoming more and more paranoid about her as Season 1 went on, plus his loyalty has always been with Annalise. (Also, I know that you've noticed that weird sexual tension thing they've had going on since the first episode of the series.)

All of this is just speculation, but we'll find out what happen to Rebecca soon enough when Season 2 of HTGAWM premieres on Thursday, Sept 24.

More like this
All The Theories About Kathleen Peterson’s Death
By Morgan Leigh Davies
'Who Killed Sara?' Won’t Return For Season 4
By Brad Witter
The True Story Of Candy Montgomery From Hulu’s True Crime Series
By Radhika Menon
Betty Gore’s Daughter Honored Her After She Became A Mother Herself
By Brad Witter
Get Even More From Bustle — Sign Up For The Newsletter