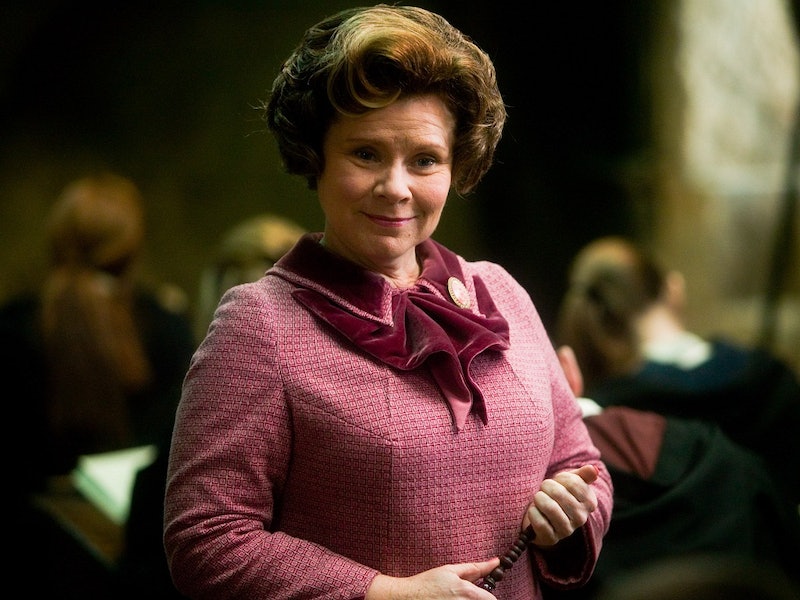 Can you really have a great hero without a great villain? J.K. Rowling is the master of crafting good characters, evil characters, and everything in between. Harry Potter is stocked full of both heroes and villains, though the villains definitely vary from morally ambiguous to pure evil.

The fact is that so many of the characters in Harry Potter go through intense character development. For example, not all the heroes are always heroic: Harry makes his fair share of stupid decisions, as do plenty of the other good characters. The one thing they have in common is that they strive to do the right thing, even if they don’t always know what that is.

The villains, on the other hand… let’s just say the villains aren’t as concerned about doing the morally right thing. They’ve got their own set of morals, which mostly revolve around gaining power and crushing anyone who gets in their way. Sure, some of them aren’t that bad — after all, doesn’t everyone deserve a second chance? Others, though, have a million chances to switch to the good side, but they instead choose to follow a much darker path. From least villainous to most, here are all the evil characters you love to hate from Harry Potter:

Though we all spent the first six books angry at Snape, he turned out to be on the good side in the end, even if he was prejudiced in his youth. Snape proves that someone you thought was a villain all along might actually be a hero.

Though the Dursleys were awful to Harry, at least they weren't Death Eaters. In fact, Dudley turned out all right in the end (he doesn't think Harry's a "waste of space," after all), and Petunia was sympathetic because she wanted what we all want: to go to Hogwarts. Vernon, on the other hand... yeah, Vernon wasn't too great.

Once again... at least she wasn't a Death Eater. Still, Aunt Marge was pretty awful — I can't let those horrible insults about Harry's father slide — but she did get her comeuppance in the end.

Though Narcissa supported her husband, who was a Death Eater, she never actually became one. And in the end, when her son's life was in danger, she protected him by lying to Voldemort. That takes guts, and it ultimately helped Harry defeat he-who-must-not-be-named — so Narcissa wins least evil Malfoy family member.

He was annoying from the beginning, when he bashed the Weasleys and went on and on about blood purity, and eventually became downright evil when he joined Voldemort's side. Still, evil never came naturally for Draco, and it always seemed that he was in way over his head. Though a lot of us secretly wished he would be the resident Bad Boy with a Heart of Gold, that award goes to Krum instead.

Poor Quirrell was easily manipulated, and had pretty much no backbone. He completely submitted to Lord Voldemort, letting him live in the back of his head (???), and then became yet another disposable follower of the dark lord. The only good thing about Quirrell? His AVPM counterpart. *listens to "Different As Can Be on repeat*

Crazy, evil, and creepy, the Gaunt family are pretty awful. Seems evil runs in the family.

Lucius is responsible for giving Ginny Tom Riddle's Diary, and it all goes downhill from there. He's cold, cruel, and constantly ridicules the Weasleys and Dobby, who are the best so that's a major strike against him. Though he's an extremely prejudiced Death Eater, he eventually throws it away to try and save his son, so he at least has some redeeming qualities. They're just buried. Really deep.

Aragog is an enormous spider: strike one. He got Hagrid expelled from Hogwarts: strike two. Then he tried to feed Harry and Ron to his children. Strike three — he's out — I'm gonna go follow the butterflies now.

Oh yay, another creepy creature who eats humans. And this one's a snake. Voldemort's pet is pretty evil, as she eats a ton of his victims (and bites Arthur Weasley), but when Neville kills her, it's pretty epic. So at least there's that.

The only reason Grindelwald isn't higher on the list is that we don't know a ton about him (prequel please...). However, we do know that he was basically another Voldemort, betrayed the noble Albus Dumbledore, and used the phrase "for the greater good" to justify a lot of terrible actions. So we know he was pretty awful.

I'm grouping the majority of the Death Eaters together, because they're all so evil: there's Macnair, the bloodthirsty executioner; Antonin Dolohov, who killed Lupin; Yaxley, who infiltrated the Ministry of Magic; Alecto and Amycus Carrow, who spit in McGonagall's face (big no-no); and Augustus Rookwood, my personal least favorite, because his explosion at the Battle of Hogwarts killed Fred Weasley.

A traitor and a liar, Peter completely sold out James and Lily Potter. If it wasn't for him, Harry's entire life would have been different. Peter is a coward, which is sad, because he grew up surrounded by so many opportunities to do the right thing. But he eventually learns that Voldemort shows no mercy when he's strangled by his own hand.

Barty Crouch Sr. may have been an absent father, but Barty Crouch Jr. was way worse. He became a disturbingly loyal Death Eater, let his own mother die in Azkaban, murdered his father, and manipulated everyone so he could ensure that the dark lord would rise again. Pretty rough list.

Greyback was a werewolf who liked biting kids, so that automatically earns him a spot as one of the most evil villains in the HP world. He infected Lupin, attacked Bill Weasley, and even attacked Lavender Brown.

Bellatrix killed Sirius, so that gets her a spot in the Top Three Worst Villains. She loved torture, was creepily devoted to Voldemort, and was just plain crazy, but in the end she was no match for the best: Molly Weasley.

Umbridge is proof that, as Sirius says in Prisoner of Azkaban, "the world isn't split into good people and Death Eaters."

More like this
Netflix Shut Down 'Bridgerton' S3 Rumours About A “Very Dark” Storyline
By Bustle
Rupert Grint Just Shared A *Major* Update About Ron Weasley’s Future
By El Hunt
10 Equally Romantic & Heartbreaking Books From British & Irish Authors
By Shahed Ezaydi
Jessica Simpson On The Time She Was Pursued By A Backstreet Boy & An *NSYNC Member
By The Editors
Get Even More From Bustle — Sign Up For The Newsletter
From hair trends to relationship advice, our daily newsletter has everything you need to sound like a person who’s on TikTok, even if you aren’t.