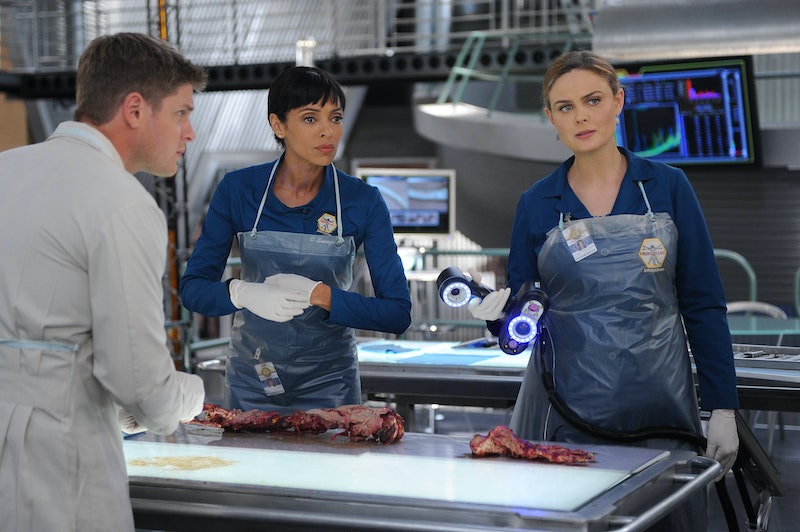 Halloween is my favorite holiday, and I typically get pretty into my costumes. I’ve never really been content to go with the mainstream or easy choice when it comes to dressing up. October 31 is a time to be creative and clever! So if you’re looking for something other than the standard sexy cat or cliché Roman soldier, here are a few smart Halloween costume ideas you will definitely appreciate.

Of course, if you want to dress in a basic costume, that's totally up to you. But there is kind of a differential in sophistication between a giant crayon costume and first female astronaut, Sally Ride (just sayin'). Most of the ideas I've come up with aren’t super obscure — most of them are quite recognizable — but you don’t have to worry about seeing a dozen of the same ones out at the bars. Yeah, these costumes will probably take a little extra time and effort, but that’s part of the fun of Halloween, right? Believe me, the looks of recognition and high fives you’ll get from all your smarty-pants fellows will be well worth it.

From suffragettes to Hermione Granger, this list includes some really smart guys and gals, both real and fictional, to get you feeling inspired. Happy Halloweening!

Women have been able to vote in this country for the last 95 years — but that doesn't mean the fight is over. Honor our feminist forebears with a suffragette costume on Halloween. You'll need the 1920s starter kit of a long dress, warm coat, some boots, and maybe even a hat. And don't forget a "Votes for Women" sash or sign!

Hermione taught us that it's possible to have it all. She had beauty, brains, and bravery, and Harry Potter would not have been able to defeat Voldemort without her. You might actually be able to pull her costume out of things in your closet — a pleated skirt, a white button down, a gray sweater, and of course, a Gryffindor necktie.

All you history buffs will love this one. Not only did Nefertiti bring a (short-lived) religious revolution to ancient Egypt, but she also ruled as pharaoh after her husband died. You can snag one of the totally cliché Egyptian costumes from any Halloween store, or you can follow Take Back Halloween's guide to DIYing the costume.

On Bones, forensic anthropologist Temperance Brennan is literally the best in her field. A woman who's the greatest scientific mind in her area of expertise is super worthy of a Halloween costume. Brennan is a smart dresser outside of the lab — lots of blazers — but I think her blue lab coat is more of a signifier. Just add a fake Jeffersonian badge, and you're ready to fight crime!

The original selfie queen, Frida Kahlo is a pretty simple Halloween costume, and thanks to the movie, it's pretty recognizable even to people who aren't art majors. Get a vintage dress, some big ol' hoops, and a flower crown, and you should be good to go. Don't forget some liberal use of eyebrow pencil, too.

Talk about a lady who was ahead of her time. In my opinion, you should go full out with a suit of armor, but you could also tone it down to just some chain mail and tunic, too.

In my opinion, Nikola Tesla is one of the most brilliant and misunderstood scientists in history. He was a true genius, and quite the smart dresser, too. A simple three-piece suit will do, as well as a mustache and one of those cool plasma balls for dramatic effect.

While her sisters were worried about marriage and money, Elizabeth Bennet usually had her head buried in a book or was trading jabs with Mr. Darcy — which is why we love her! Copy her style with an Edwardian dress, a simple updo, and, of course, a good book.

We probably know Bill Nye as the Science Guy, and his title is definitely deserved. Aside from his TV show, Nye has a bachelor's in mechanical engineering from Cornell University (where he took an astronomy class from the great Carl Sagan), helped invent a sundial for the Mars Exploration Rover, and was the vice president of the Planetary Society. Remember that no Nye costume would be complete without his signature bow tie!

Another intelligent female character from a world where her intelligence wasn't always valued. Josephine March from Little Women was smart, funny, creative, and fiercely loyal to her family and friends. A Civil-War-era dress is a bit cumbersome, but at least you'll be able to make room for yourself at the bar.

Ada Lovelace was known as much for her beauty as she was for her intelligence. An accomplished mathematician, she is often regarded as the world's first computer programmer for her work on the analytical engine. You'll have to spend a lot of time on her awesome hairdo, but the dress is simple enough.

Sally Ride is my personal hero, so forgive me for wanting to hug anyone who dresses up as her for Halloween. Seriously, what an incredible woman — I don't really need to tell you why. Infuriatingly, it's hard to find astronaut costumes available for women (at least, not any that don't feature spandex and a miniskirt), but you can get a blue jumpsuit, attach some NASA patches, and make your own.

By the way, did you guys know MacGyver's first name was Angus? That makes him even more cool. You'll just need a mullet, a T-shirt, and a bunch of random crap to carry around and try to fix things.

Amelia Earhart is known as much for her life as she is for her mysterious disappearance. The first woman to fly a solo flight across the Atlantic Ocean, Earhart was also pretty darn fashionable. Gotta love that leather trench and flight cap combo.

The Greek Pantheon had its fair share of dudes — and Athena could play with the best of them. She is mostly known for being the goddess of wisdom, but she's also the goddess of courage, inspiration, civilization, law and justice, mathematics, strength, war strategy, the arts, crafts, and skill. So obviously, she is a kickass lady. Halloween stores will probably have Grecian costumes on the more skimpy side, but Take Back Halloween has a good tutorial.

Indiana Jones was my first fictional character crush, so I definitely have a soft spot for him. And aside from his obvious good looks, his teaching career is not a cover — he has a doctorate, y'all! You guys know how this costume goes: leather jacket, satchel, hat, and trusty whip.

Nancy Drew is right up there with Sherlock Holmes. I remember reading her books as a kid and wanting to be a detective (or to just solve crimes around the house). Drew's costume is pretty easy, considering it's mostly '30s garb and a handy-dandy notebook.

I know, I know, but hear me out. In the anime, Sailor Mercury, aka Ami, is literally a genius — she has a 300 IQ and is a computer whiz whose intellect is invaluable to the other Sailor Soldiers. You can get the whole costume for under $80!

If you're having a hard time deciding on a costume, I have 12 suggestions for you! Personally, my favorite Doctors are 10 and 11, but all of them have their quirks and unique fashion choices. Your best bet would be to hit up some thrift stores to snag a few bargain buys.

More like this
At 14, Jenny Han Wrote Rom-Coms About Her Friends & Fan Mail To Leo DiCaprio
By Alyssa Lapid
16 Novels That Paint A Realistic Portrait Of Abortion
By K.W. Colyard
Howard Stern's Net Worth: Is He The Richest Man In Radio?
By Hugh McIntyre
'The Summer I Turned Pretty' Book Ending Is An Emotional Rollercoaster
By K.W. Colyard
Get Even More From Bustle — Sign Up For The Newsletter