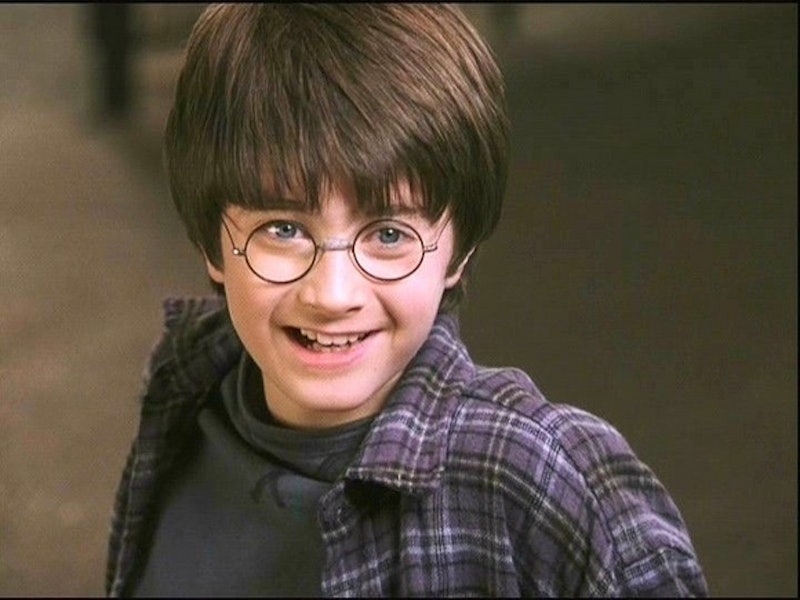 J.K. Rowling just threw Potterheads for a beautiful loop, announcing today that the upcoming play "Harry Potter And The Cursed Child" will be in two parts. The play, set to debut in London's West End in summer 2016, has been the subject of a lot of happy nerd freak outs since she shared the idea of it with her ridiculously large audience a few months ago. Now she is telling the fandom that apparently the tale is so "epic" in nature that it cannot be contained by just the one part, but will instead be divided into two — which is basically the best news we've heard since, well, ever.

Fans can find more insight into the decision in an article on Pottermore, where director Jack Thorne and writer John Tiffany share their thoughts.

"Obviously I loved it when we decided to tell this story in two parts, because I got to spend more time with the characters and what an honor that has been," Thorne shared on Pottermore. "It continues to be unbelievable and amazing that I’ve been given this extraordinary chance to bring Harry Potter to the stage. As a fan, who just devoured the books and the films, this couldn’t be more exciting for me."

Here is the official announcement from Rowling:

So how exactly do you divide a play into two parts? No word yet on what exactly the plan is, but something tells me there are going to be some major cliffhangers involved — a feeling the Harry Potter fandom remembers all too well. No word yet either on who the Cursed Child is, but I imagine they're going to keep that under wraps until the very last second.

One thing's for sure though ...

The SASS. Well, Harry had to get it from somewhere.

Tickets for the play aren't yet available to the public, but for those of you looking to get on an early waitlist, you can head to the play's site here. In the meantime, I'll be crying over my INVISIBLE PLANE TICKETS TO LONDON and remembering that I am stuck in STUPID PLAIN OLD AMERICA. (It's casual. Enjoy yourselves, Potterheads. Somebody should.)