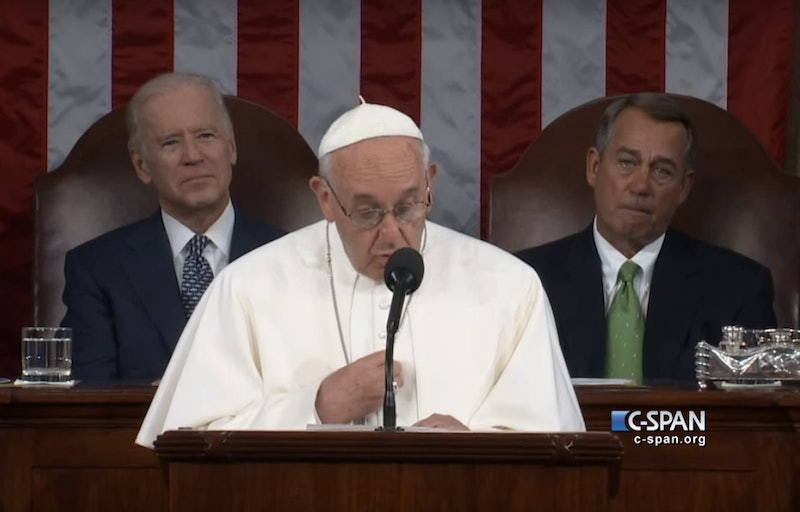 Pope Francis' arrival in America has elicited so many emotional responses, but perhaps none more visible than Speaker of the House John Boehner's. Sitting just past the pope's left shoulder during his remarks at Congress Thursday, Boehner was so overwrought with emotions that he was teary-eyed for pretty much the entire hour-long speech. In fact, the whole day gifted us two amazing mementos: Pope Francis' blessing America and so many John Boehner crying GIFs.

Within seconds of the pope's opening remarks, Boehner's eyes were glistening with tears, and the emotions never really stopped coming. And it never ended. To be fair, though, Boehner was responsible for bringing the Holy See before the joint session. For two decades, Boehner, a devout Catholic, has invited popes to come before Congress and speak. Pope Francis was the first to accept the invitation.

Boehner even got a rare one-on-one meeting with Pope Francis prior to his televised remarks, during which the pair chatted about neckties among more serious topics. Boehner was clearly nervous about the overwhelming experience, and his emotions were on display as he cried, blew his nose, and licked his lips through the pontiff's speech. In the words of Pope Francis, may God bless America, and may he also bless these Boehner GIFs.