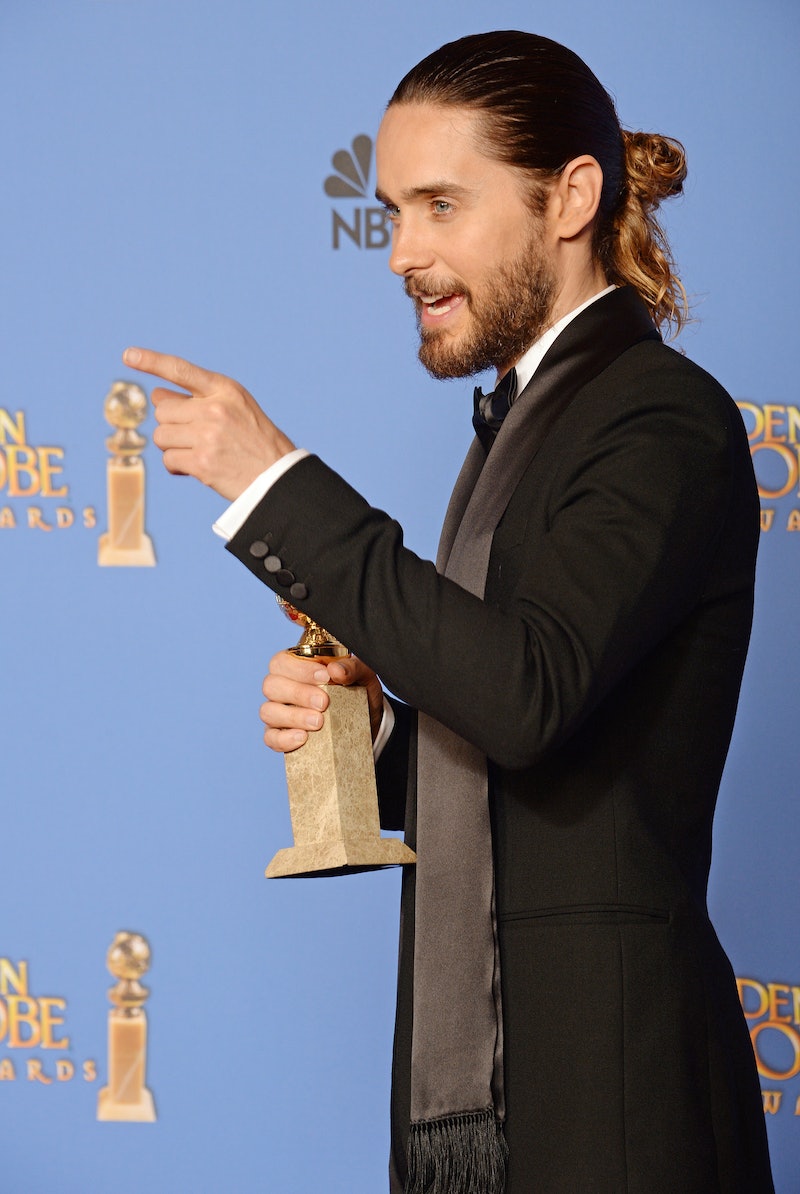 Man buns may be the hot trend of 2015, but it turns out they also have some potentially disastrous consequences. This hairstyle may seem innocent enough, but a new article on Unilad suggests that man buns cause hair loss. Hear that? It's the sound of bun-bedecked men the world over dramatically ripping the elastic out of their hair and are reconsidering all that time they spent mocking Cary Fukunaga's man braid.

Apparently, wearing a too-tight top knot can lead to traction alopecia. That means those in love with that super sleek, slicked back style are at greater risk than men who casually toss their locks into a loose, messy 'do. The tightness of the bun puts tension on hair follicles, resulting in hair damage and small patches of balding, according to The Belgravia Center.

While that sounds horrifying, the good news is that once you stop trying to give yourself an at-home facelift via your ponytail, your hair should begin regrowing as usual and you won't be left with those bald patches forever. Of course, hipsters everywhere aren't the only ones who have to be worried about this threat to the state of their manes. The following celebs should watch how tight their pulling their hair ties.

Thankfully he's since cropped his hair into a short, bleach blonde bob, but Leto was once the poster boy for man buns. Thankfully we won't have to face seeing the most coveted tresses on the planet suffer from the ravages of traction alopecia.

Considering Styles' major claim to boy band fame is his untamed tendrils, his man buns could be career-ending.

He had to shave his head for Southpaw, otherwise this actor may have already fallen victim to man bun-induced baldness.

You know nothing, Jon Snow — particularly nothing about traction alopecia.

Considering Thor's hair holds half his power, Hemsworth should be far more careful with his flaxen locks.

Once a pirate, always a pirate.

I know it's bad for him, but is it so wrong if I want the reign of Pitt's man bun to never end?

Want more hair advice? Check out the video below, and be sure to subscribe to Bustle’s YouTube page for more hacks and tricks!