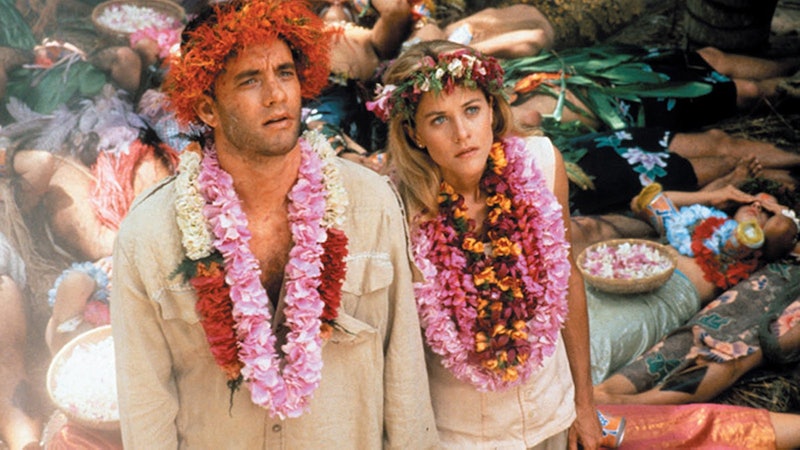 The law of ‘90s cinema goes something like this: For every movie released in the '90s that was beloved by every person who lived through the decade (and even some who didn’t live through the decade), there is an equal and opposite ‘90s movie that just didn't get the attention it deserved. (You might have loved Never Been Kissed, for instance, but do you even remember Love Potion #9?) But, this shouldn't be the case, because these underrated ‘90s movies were actually some of the best. I mean, it was the ‘90s — part of what made that decade so good was what made it so bad. Scrunchies, side ponytails, butterfly clips, and more boy bands than I care to count.

With that in mind, I think it’s worth putting down on paper — or, the Internet, I guess — a list of ‘90s movies that were underrated. I think if you give these movies a second chance, you’ll be surprised at just how good they are. Sure, you have to prepare yourself for some serious camp and a whole lot of kitsch, but these movies really were gems in their own right.

So, let’s honor these oh-so-brilliant films but oh-so-underappreciated films with a list all their own, shall we?

This was a classic in my house. Tom Hanks, Meg Ryan, and a bunch of floating luggage? Sign me up.

Really, any movie with Pauly Shore — because while it may not have been Oscar-worthy cinema, it really was hysterical.

I mean, it’s no Wayne’s World, but this Mike Myers follow-up was still pretty amazing. Think of it as the precursor to Gone Girl... but, like, a lot lighter.

“Lox and cream cheese on cinnamon toast? GET IT OUTTA HERE!”

This was the only movie that made me want to be an athlete. (Well, this and Cool Runnings.) Thankfully, this only lasted the length of the movie — after the credits rolled, I would always go back to reading books and playing with my troll dolls, without fail.

OK, guys. Moment of truth. Raise your hand if you still watch this movie and wish that they could actually invent something like this?

My favorite trend in ‘90s cinema? The one where all the big, brawny action stars started doing comedies in which the humor resided in completely making them the butt of the joke. Really, it was some stellar stuff.

This is the stuff childhood nightmares were made of.

I didn’t get this movie at all as a kid, but I do remember my parents loving it. Now that I’m old enough to have “reunions” with my childhood friends, it rings all too true. ALL too true.

Anything with Arnold Schwarzenegger was gold to me in the ‘90s — the fact that this movie got so much bad publicity is really just the fault of the critics.

I was totally way too young to watch this, but watch it I did. Thankfully, I didn’t get most of it until I watched it again recently.

I’m calling this the beginning of the smart girl revolution. Meg Ryan as the brainy granddaughter of Albert Einstein? Yes, please.

Watching this Pretty Woman-esque movie, I wanted Melanie Griffiths' suede tassled dress just as much as I wanted Julia Roberts’ barely there white and blue one.

Nothing’s better than friends! This was the stuff of every bookish girl’s dreams. I taped it off the Disney Channel during a free trial weekend and watched it on repeat for the rest of the decade.

This is where things could potentially get contentious, because I am a way bigger fan of the old Batman movies than most people probably are. I prefer the camp and the color, what can I say? Also, this was the one where Arnold Schwarzenegger made, like, millions of dollars a second for his brief role, so obvi I loved it.

This was the 1984 of the ‘90s, and it was incredible. Mostly, for all of the amazing set designs and costuming. Guys, remember when we thought that by 2015 we would all be driving spaceships to work?!

This movie really was the best. A local cop offers to split the winnings from his lottery ticket with a waitress when he can’t leave a tip. Ensue drama, romance, and a whole lot of loveliness.

See what I mean? These films may have been unappreciated in the '90s, but they're all gems that deserve a second chance.