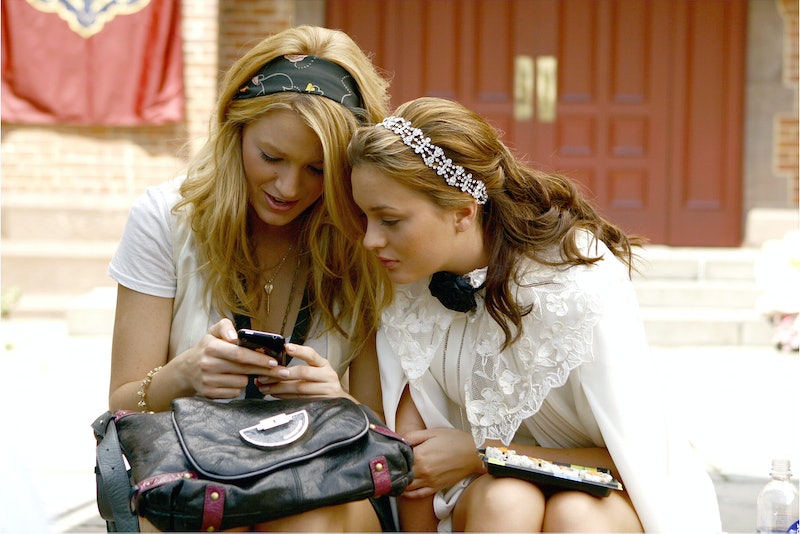 Few things are more difficult than realizing that you're caught up in a toxic friendship — the kind of friendship that has a negative effect on your happiness and mental well-being. Occasionally, there will be a glaring and concrete epiphany that will help you realize that your friendship is unhealthy — like, say, if your friend hooks up with your significant other. But since life isn't a TV show, it's far more likely that the signs that your friendship is damaging will be subtle and ongoing. However, you may eventually come to a point where you realize that a friend's behavior consistently leaves you feeling disrespected, frustrated, or bad about yourself — and that you have to make a serious change.

To be clear, I don't think the decision to end a friendship should be taken lightly. Unless someone does something totally unforgivable, it's always best to talk to your friend about how their behavior is upsetting you before you cut ties (especially if you have a long history and there are still some positive aspects to the friendship). People aren't mind readers, and sometimes, things we think are super obvious aren't always quite so apparent to our friends.

Some friendships that seem like they're on shaky ground can be saved: If you talk to your friend and they make a huge effort to change, it shows that they really do value your friendship, and perhaps had no idea their behavior was taking a toll on you. Conversely, if they apologize and then make the same mistakes over and over again, it shows that they either can't change or don't care about you enough to try, and that you may be better off without them.

Wondering if you need to have that talk? Here are seven signs you have a toxic friendship and it's time to have an honest conversation with your pal:

1. The Give And Take Is Way Off Balance

We all go through rough patches and there are times we'll really need the support of our friends — and vice versa. The free give and take of support is one of the basic building blocks of friendship, and I'm definitely not saying you need to keep score of how many times each week you've offered a shoulder to cry on or listened to a friend vent about problems they're going through.

But if you consistently drop everything to be there for your friend and they don't do the same for you when you're struggling, it's a sign that your friendship lacks a healthy balance.

2. They Disrespect Your Family Members Or Other Close Friends

It's one thing if a friend voices honest, respectful concern about the way you're being treated by a family member or other friend. But if they are saying negative things about your family members or your other close friends simply because they don't care for them, then they're being completely disrespectful and immature.

If your friends don't like every single person who is important to you, that is certainly their right — but it's a situation where honesty is not the best policy and they should choose to just say nothing at all rather than engage in petty criticism or other rude talk about your loved ones.

This is especially true when it comes to family members — our families are an extension of us and no matter how much they may drive us crazy, there's never an excuse for your friend to say hurtful or judgmental things about your parents or siblings. If your friend engages in this kind of behavior, you might want to ask yourself exactly what you're getting out of the friendship.

3. They Are Constantly Negative

There's nothing worse than being super excited about a new job, house, or other life event and then having a friend immediately tell you it's not that amazing and you shouldn't be so happy about it. But even though it's a bummer to be around a friend who is constantly trash-talking, well, pretty much everything, this can be a tough one to draw the line on — because when someone is overwhelmingly negative, it's often because they're struggling emotionally.

As friends, we should certainly be there for each other through difficult times. However, it's OK to draw the line when a friend decides that because they're miserable, you should be unhappy about your life right along with them. If they're projecting their negativity onto you and and bringing you down, you have to look out for yourself, too.

4. They're Constantly Pressuring You To Engage In Unhealthy Behaviors

Sadly, peer pressure doesn't end in high school. Of course, as we get older, it generally becomes easier to resist a friend's attempts to influence your behavior and say no — but it's still not cool for a friend to constantly ask you to join them in drug use, breaking the law or anything else that you're not comfortable with. It's a sign of disrespect for your boundaries and choices — plus, it's just annoying.

And it's even worse if you used to engage in unhealthy behaviors and are now making a huge effort to put that lifestyle behind you. Once you've made that clear to your friend, they should be conscious and respectful of your decision. You're not always going to be on the exact same page when it comes to how you live your lives, but they should be sensitive enough to keep that aspect of their life away from you while you take steps to move forward. And if they think that their desire to not have to party alone outweighs your choices, they may be less of a friend than you had thought.

5. They Constantly Flake On You

We all need to cancel plans sometimes —we get sick, end up working late unexpectedly, or need to deal with an urgent family matter. It's unavoidable, and if your friend only flakes at the last second occasionally, there's no reason to read anything into it.

But if you've come to expect a text with some vague excuse, sent an hour before you're scheduled to meet up, then your friend is probably avoiding you. And honestly, it would be nicer if they would just flat-out avoid you rather than commit to something only to flake out at the last minute. It shows that they don't respect your time and they don't care if you've declined other fun social invitations in order to spend time with them. Why would you even want to maintain a friendship with someone who's acting like that?

6. They're Always Trying To One-Up You

I'm guessing none of us are friends with people who blatantly tell us to our faces that our achievements are pathetic and meaningless compared to their. But some friends do have passive-aggressive ways of taking things we're excited about and making us suddenly feel not quite so great about them anymore.

It stings when you're happy you can finally afford to leave your city and go to the beach for a week, and your friend has to jump in to remind you that he or she is going to traipse through Europe for two weeks. Same goes for when you're proud of your recent promotion and your friend has to talk about how they felt when they got their impressive job title — bonus points if they casually throw in their salary when you both know they work in a higher paying industry.

These words may come from a place of insecurity — but if your friend truly struggles so much with their self-confidence that they're willing to compromise your happiness in order to feel slightly better, they should be talking about it with a therapist rather than trying to bring you down.

7. They're Controlling Or Possessive

Romantic partners aren't the only people who can be possessive and jealous — but often we're less aware of the signs when it's a friend, rather than a boyfriend or girlfriend, who's trying to control us. Does your friend get angry and demand an explanation when you don't text or call them back immediately? Or make you feel guilty when you don't hang out with them every Friday and Saturday night? No matter how close you are, you each need to have your own lives. In a healthy friendship, you'll both feel secure enough about the relationship to trust that neither of you is avoiding or ignoring the other. And if you can't seem to make that happen, you might want to sit down and have a chat about what exactly is going on in your friendship.

If any of these signs sound painfully familiar, it's time to have a difficult but necessary talk with your friend. And if they fail to take your concerns seriously, it's probably time to cut ties. Don't stay in a toxic friendship — you deserve a friend who respects and trusts you.

More like this
The Top Mistakes Scorpios Make In Relationships (& How To Avoid Them)
By Nina Kahn
Lisa Kudrow Explained How Her Body Image Changed While Filming 'Friends'
By Grace Wehniainen
Jennifer Aniston Picked The Best ‘Friends’ Moment To Mark Lisa Kudrow’s Birthday
By Stephanie Topacio Long
The 3 Most Calm Zodiac Signs, According To Astrologers
By Kristine Fellizar
Get Even More From Bustle — Sign Up For The Newsletter