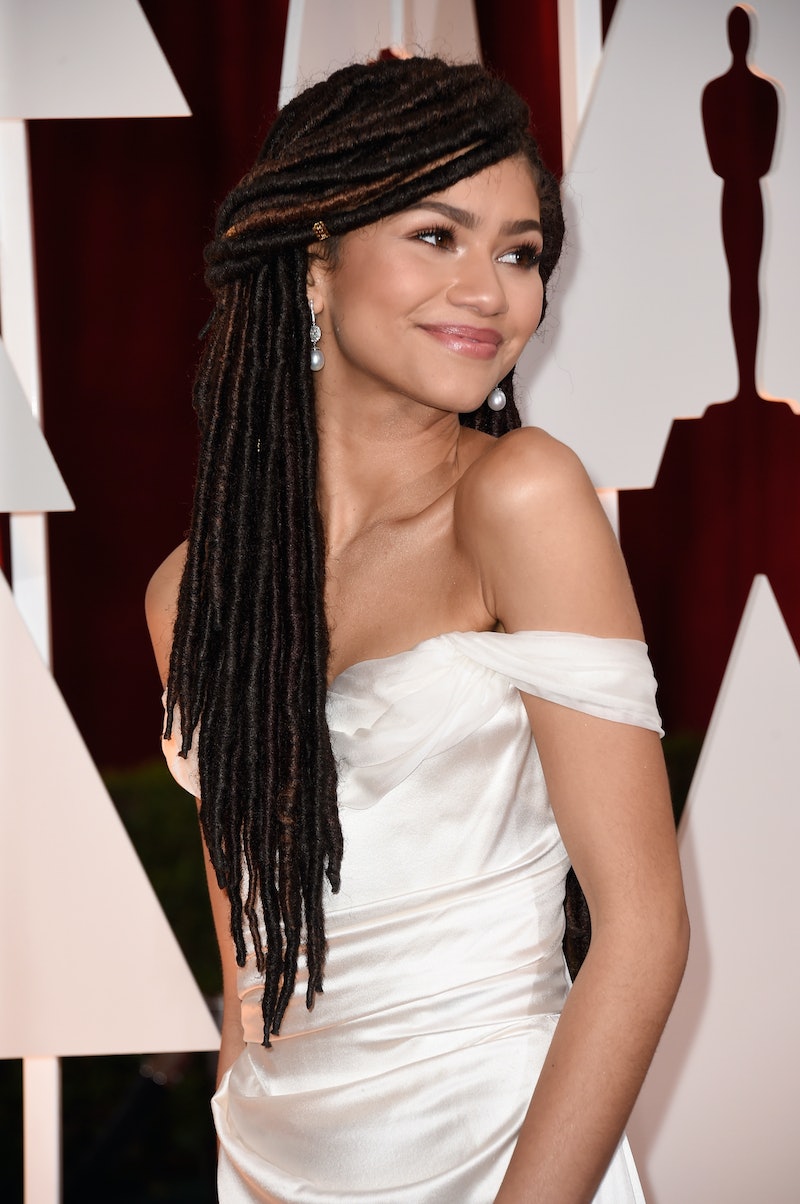 Guys, the wait is officially over: The Zendaya Barbie doll is here and it is even better than I imagined. I mean, there was no question that Zendaya in Barbie doll form was going to be super empowering — Mattel purposely dressed the doll in a miniature version of the 19-year-old's 2015 Academy Awards ensemble, complete with the dreadlocks that started an entire cultural conversation and propelled Zendaya to role model status — but to see it in the flesh, well, that's a whole other story.

Barbie Zendaya made her debut in Los Angeles over the weekend and was on display at the Rock n' Royals concert in the city on Sept. 26. The singer, like anyone who just had a Barbie made of her likeness would do, Instagrammed several photos of the doll, which rocks the actress' same long, beaded dreads and the Mattel-version of her pale pink Vivienne Westwood gown. I haven't exactly inspected a Barbie since, like, 1996, but props to Mattel for creating such a realistic-looking doll. It's like they went to the Madame Tussauds' School of Creating Spot-On Celebrity Replicas, because this one looks just like Zendaya — a fact that Zendaya herself quickly pointed out via Instagram:

"When I was little I couldn't find a Barbie that looked like me, my... how times have changed," she captioned a split image of the Barbie and herself at the 2015 Oscars. "Thank you @barbie for this honor and for allowing me to be apart of your diversification and expansion of the definition of beauty. Can't wait to keep doing amazing things with you."

The fact that the Barbie so strongly resembles Zendaya is an important one. As the Shake It Up star recalled, when she was growing up, she didn't have a role model Barbie to look up to because biracial Barbies didn't exist. But, by Mattel creating a Barbie in the likeness of the actress-singer, many young children will have the chance to see a doll that looks like them. And by purposely dressing the doll in Zendaya's dreadlocks, the world is not-so-subtly reminded of her incredibly poised response in the wake of Giuliana Rancic's controversial comments about them.

The Zendaya Barbie is realistic, it is empowering, and I am so glad it is exists.