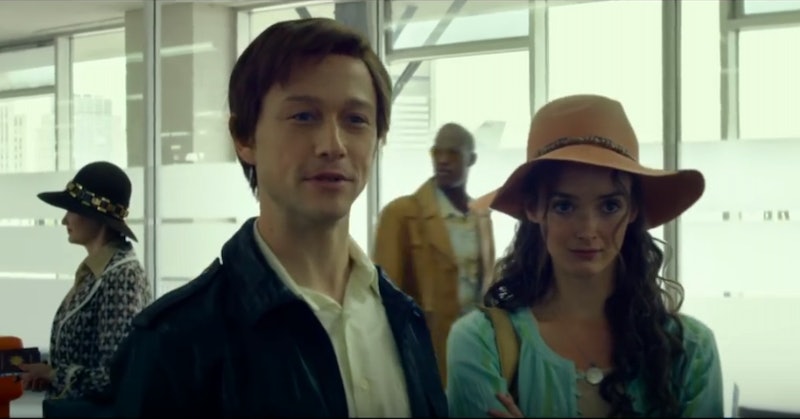 Philippe Petit, as played by Joseph Gordon-Levitt, is very much the hero of The Walk. And, why shouldn't he be? After all, he is the person who crossed from one Twin Tower to the other on a wire, risking his life for a daring art statement. However, as talented as Petit was, his infamous stunt over New York City was not a one man operation. As detailed in The Walk , Petit relied on friends and new allies to plan and execute his walk. Among those helpers was his girlfriend at the time, Annie Allix, played by Charlotte Le Bon, who stood by Petit's side for years. As depicted in the film, Annie was instrumental in helping Petit reach the top of the World Trade Center, but not without cost. Although it's not shown in the film, in real life, after Petit completed his walk, he allegedly jumped into bed with a groupie that same night and the two broke up, according to The National Post. And Annie slowly disappeared from the public eye, where she remains even though she is now immortalized in a major Hollywood movie. So, how does the real Annie feel about The Walk ?

Allix may have been crucial to Petit's accomplishment, but, unlike Petit, she appears to prefer to stay out of the public eye. There is very little information about her available online, and it doesn't seem as though she participated in the making of The Walk — though neither director Robert Zemeckis nor actress Le Bon have publicly stated whether or not they reached out to her in the first place.

Le Bon wasn't the only actor who didn't get to interact with her real-life counterpart. At a Q&A following The Walk's premiere at the New York Film Festival, the cast was asked about whether or not they had any contact with the real people their characters were based on. Ben Schwartz and James Badge Dale both said they did not, but that they did, however, interact with Petit, whose memoir To Reach the Clouds inspired the film's screenplay. Petit was very much involved in the production of the film — teaching Gordon-Levitt how to walk the tightrope and visiting the set. "Philippe called me by only my character name. He would only call me Albert the whole time," Schwartz said.

Allix has yet to comment on The Walk, but it's possible that she will after the film is released in more theaters. The woman who helped secure Petit a place in New York's history hasn't been against telling her story. In fact, she was heavily featured in the 2008 documentary about Petit, Man on Wire. In that film, Allix was very open about the uneven nature of her relationship with the acrobat.

"My life was completely consumed by his, and he never thought to ask me whether I had my own destiny to follow. It was quite clear I had to follow his," Allix said in Man on Wire.

If The Walk is any indication, Allix's destiny is still intertwined with Petit's legacy and vision — at least on screen.