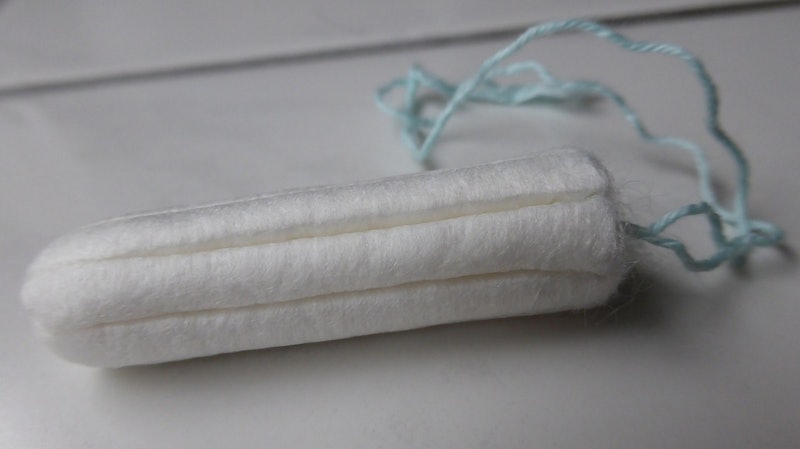 A recent post by parenting blogger Alaura Weaver brought up an excellent point about how we talk to girls about menstruation: the platitude that menstruation makes you a woman is kind of problematic, to say the least. In her traditional Russian Jewish family's culture and many others, she writes,

The perception of a sudden transformation from childhood to womanhood has been a source of unnecessary fear, shame, pain, and oppression: because of a drop of blood, a previously innocent child is deemed “unclean” and full of sin.

Even when periods are treated in a more positive manner, the belief that they make someone a woman can make an experience that is already stressful for some an even bigger deal. The declaration that she is suddenly a woman can be overwhelming to a preteen or teenage girl! It also makes one physical process central to her identity, defining women by their ability to bear children rather than their accomplishments or character.

Pediatrician Dr. Claire McCarthy writes in a Boston.com column that she had a similar reaction to being told "you're a woman now": It "really made being a woman seem uncomfortable and unfair."

I'd also add that defining womanhood by a biological, typically female process is essentialist and cissexist. It makes gender something innate and biological, when womanhood is really a social construct that someone may or may not adhere to regardless of their sex.

While we're at it, here are five more things we commonly teach girls about menstruation that often do more harm than good:

This isn't something most authority figures are teaching kids directly, but it is taught indirectly through the usual silence surrounding the subject. For me, this silence led to a lot of shame and misconceptions. Because nobody in my life ever talked to me about periods, I first learned about them at age 10 at sleep-away camp, when a cabin-mate told me, "It's when your thing bleeds." I imagined myself in an ambulance with a mortal wound between my legs! And when I got my period, I struggled through the first few days shoving tissues in my underwear because I was too embarrassed to tell anyone who might be able to help me get the supplies I needed.

Come to think of it, I must have learned the majority of what my adolescent self knew about periods at camp; my next memory of the topic comes in the form of a campfire story called "The Bloody Tampon" about someone who haunts campers by waving a bloody tampon at their door. Kids repeat all sorts of jokes without knowing what they're saying, so it's important for adults to clue them in on the fact that menstruation is a normal process not to be alarmed by. Unfortunately, disgust for periods lasts beyond childhood; even social media has deemed visual references to periods inappropriate. More optimistically, some people are fighting back against period-shaming by calling out sexist policies like Instagram's and even making art with menstrual blood.

Some people experience cramps or aches during their periods and some don't, but pop culture is full of hyperbolic descriptions of menstrual pain (like the above scene in No Strings Attached). The perception that pain is normal can prevent people from seeking a solution to it. Sometimes, severe pain can be a sign of endometriosis, a disorder affecting the tissue lining the uterus. It can be scary to hear that you will be in pain every month and would be more helpful to know that you might experience cramps, but unless there's a more serious issue, a few pain relievers should do the trick.

As with the expectation of pain, the expectation of psychological distress before your period can actually mask other problems. Severe emotional distress before your period can actually be a symptom of a more serious condition called premenstrual dysphoric disorder. Some people do experience pre-menstrual syndrome, whose symptoms sometimes include mood swings, but plenty don't, and it doesn't make sense to use this against women because everyone's moods fluctuate all the time for a thousand reasons independent of gender.

5. "It's happening so that you can become a mother one day."

It's fine to mention that your period makes it possible for you to bear children, but it's also important to make it clear that whether or not you have kids is 100 percent your choice. You don't have to do something — or anything — with your body just because you can.

Instead of saying, "You're a woman now" or other harmful things about periods, Alaura Weaver suggests that we instead "celebrate the transitional period from child to woman." I think it could also be helpful to acknowledge the transitional period we're all undergoing throughout our whole lives to some extent in a non-gendered manner. Maturity cannot be measured by one event, after all.