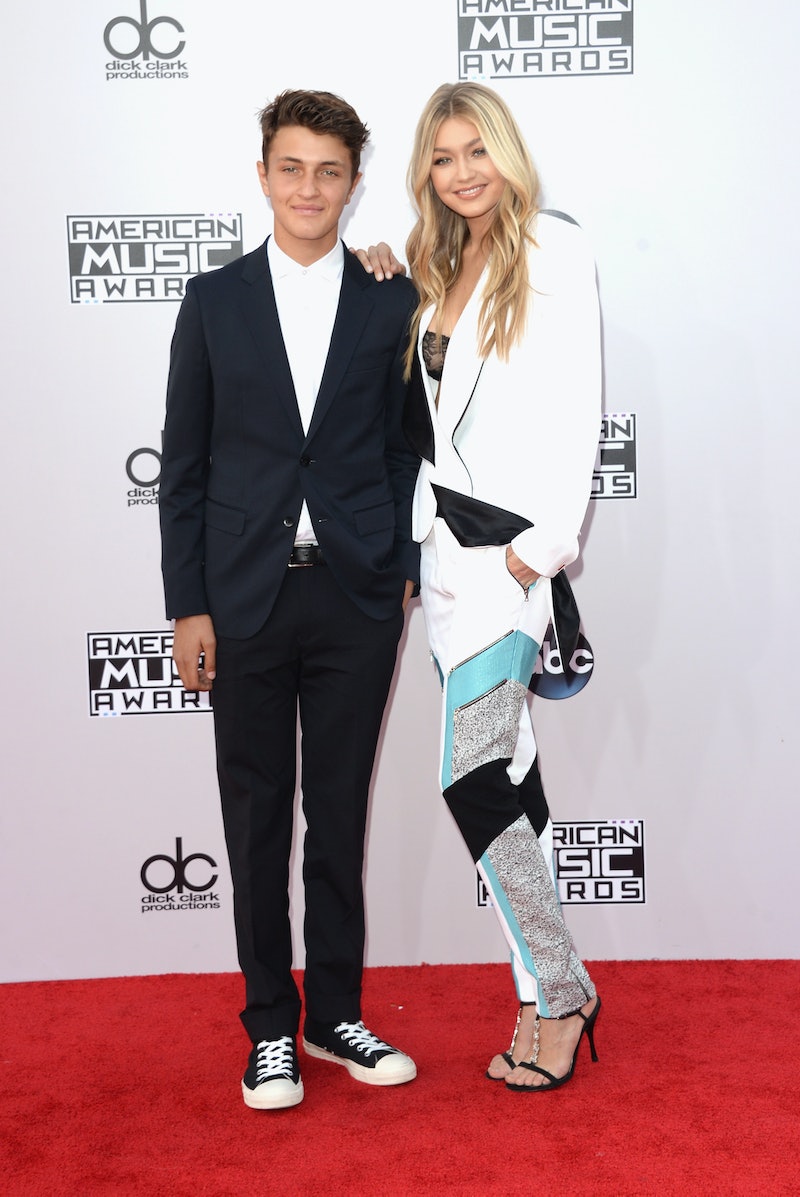 Gigi and Bella Hadid have been owning the fashion world recently, but they are going to have to scoot on over and make some room for their brother. Anwar Hadid is officially a model now, according to Fashionista. Clearly, this is one genetically gifted family. Let's just hope there's no siblings rivalry going on there.

Though Gigi has been landing major campaigns and strutting high-fashion catwalks for a while now, her younger sister Bella made her fashion week debut this season, and it was clear the sisters were definitely going to take the fashion world by storm in 2016 — but there is another family member we weren't even considering. The youngest Hadid, Anwar — who is also insanely attractive, by the way — is venturing into modeling, too, landing an editorial in Nylon's October issue. Although young and not as experienced, the 16-year-old babe is seriously going to give his sisters a run for their money.

Though he apparently doesn't give any mention of model ambitions in his interview, and there is no word on if he's signed to an agency, I think it's pretty much a sure-bet this guy is going to have a modeling career. Just look at his sister. And his other sister. And his mom. Yeah, I'd bet money on it.

Instant fan? Yeah, me too. Here are seven things you should know about Anwar.

1. He's Close With His Sisters

2. His Modeling Talents Were Clear From The Beginning

That adorable little pout is way too much cuteness to handle.

I'm sure he's picked up a tip or two from her.

Just one of several hiking shots.

Anwar knows how to bring the lolz.

6. He's Not Jealous Of His Sisters' Careers

And he's constantly supporting them on social media.

And a pretty darn good one at that.

I can't wait to see where his career takes him.