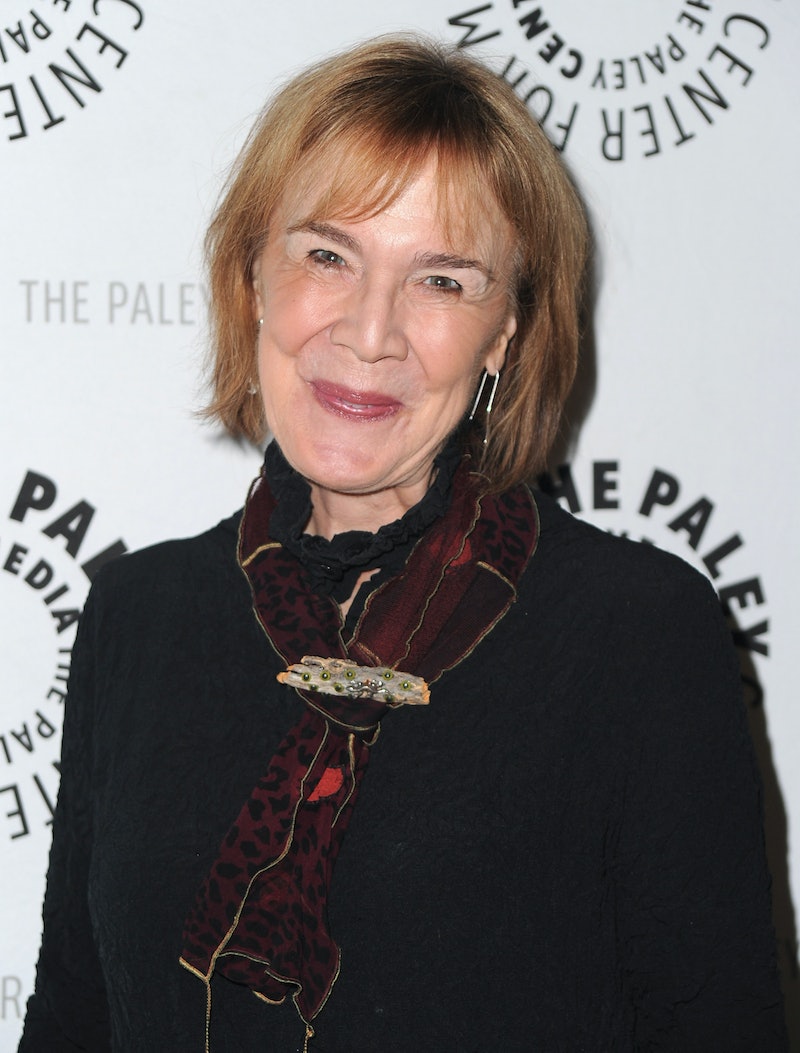 This is very sad news. On Monday, Sept. 28, Catherine Coulson passed away from cancer. She was 71. The actress is survived by her husband, Marc Sirinsky, and their daughter, Zoey. Coulson was best known for her role as the Log Lady on the cult hit TV show, Twin Peaks, and was slated to reprise her role for Showtime's upcoming revival of the series. Coulson previously reprised her role on Twin Peaks: Fire Walk With Me and showcased her comedic acumen during a guest spot on a 2012 episode of Portlandia, where she played a proprietor.

Before her turn as Log Lady, Coulson worked as a camera assistant and had a role in the short, The Amputee. In more recent years she appeared on the television series, Psych, and played Susie in Redwood Highway. Still, her most memorable character is arguably that of Log Lady — one that truly epitomized the brilliant irreverence of a series that toggled between drama and sardonic humor. Coulson's deadpan delivery and frequent murmurs to the log she incessantly cradled throughout her turn as the Log Lady was captivatingly eery, while also managing to garner plenty of laughs. As a tribute to her outstanding work, let's take a look back at some moments from Coulson's turn on Twin Peaks.

Coulson's talent and versatility will be sorely missed.