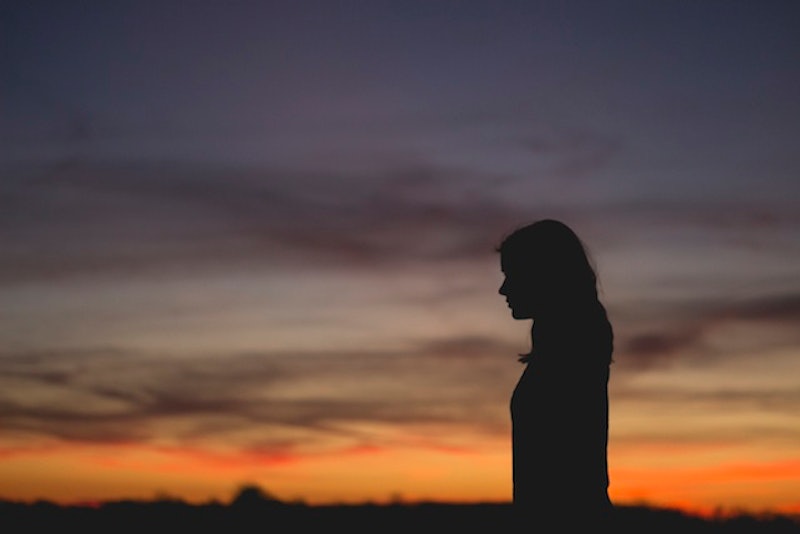 Make no mistake: misinformation about women's health in the media and popular culture creates a lot of problems. In some cases, it's just kind of silly and wrong, but in others, being fed the wrong idea about your body may actually end in bad choices, undiagnosed conditions, or tragedy. And it's not just the fault of wider culture, either: some of these misguided ideas are still believed by doctors themselves, despite the fact that they've been disproved. Now that's a serious problem.

For instance, the idea that women reach their sexual peak at 35 is touted widely among GPs and sexual experts, but it's actually kind of a misunderstanding of the data. It was produced by Alfred Kinsey, the famous chronicler of America's sexual lives, who merely determined that the 30s are the point when women experience the most orgasms. That may, however, just mean that the post-thirty decade is the age when women know what they want, the partners they like, and how to communicate about their needs. So it may just be a case of accumulated experience — not innate late sexual maturity. (Plus, if the Golden Girls taught us anything, it's that great sex can go on for decades, and your high point may actually be post-menopause.)

So next time you hear — a news channel, a doctor, a friend — tout one of these pieces of misinformation as "fact," prick up your ears. Some things are not as simple as they first appear, and women's health can definitely be one of them.

1. The Idea That Abortion Is A Single Procedure

Abortion tends to be touted as one particular thing, when actually it's an umbrella term for a variety of procedures, all of which result in the termination of a pregnancy. The most common understanding of an abortion is the surgical procedure, but under nine weeks, you have the option of a medical abortion, which is achieved by taking two different medications. Medical abortions account for about 25 percent of all abortions in the U.S.

Other options include a suction termination and various kinds of surgeries, including surgical dilation, one where the medicines used for a medical abortion are injected into the womb. Even though they all have the same result, it's a damaging bit of falsehood for all women to believe they have to go under the knife to have an abortion.

2. The Idea That The Hymen Predicts Virginity

This idea is bizarrely widespread — it's a key, underlying part in how we seem to talk about losing our virginities — and has also led to the accompanying bit of belief that it's easy to "tell" if you're a virgin or not. Wrong. As I've written about before, hymens are actually perforated pretty easily, and will usually have loads of different tears and holes over the course of your adolescence and early adulthood. There's basically no way for somebody to peer up you and declare you've had sex — unless you've had a baby, in which case the secret's probably out.

3. The Idea That Conception Problems Are Usually The Woman's "Fault"

This is misinformation at its worst: a falsehood that creates damage and pain. According to RESOLVE, the National Infertility Association, 11.9 percent of all women have had to receive some kind of help in conceiving, or "fertility help," over the course of their lifetimes. And RESOLVE also notes that the "blame" is actually evenly divided between the two partners, with one third of fertility problems attributed to the female partner, one third to the male, and one third to unexplained or combined attributes.

But in public, the focus always seems to go to the woman. Why is her womb wrong? Why can't she do what she's designed to do? Let's squash this one.

4. The Idea That All Antibiotics Change The Reliability Of The Pill

The idea that antibiotics interfere with the effectiveness of the pill seems to have been a kind of catch-all safety net to prevent accidental pregnancy, which is fair enough, but it now turns out that only one antibiotic appears to have any effect on your contraceptive pill. That's right: one.

The antibiotic in question is rifampin, which is used to treat tuberculosis. (If you have TB you may have deeper problems than your pill, to be honest.) Tests have shown that other popular antibiotics, including ampicillin and tetracycline, had no impact on the pill's effects whatsoever. Other drugs do, particularly anti-fungal meds, but antibiotics are not usually the problem your GP may believe them to be.

5. The Idea That Mammograms Catch Everything

I can absolutely understand why this one is widely believed. Mammograms are seen as a kind of panacea for breast cancer, able to see everything and catch stuff before it's even shown up as a lump on the breast, which is why they're so widely used and trusted. Unfortunately — and very dangerously — this is not actually the case, and you shouldn't rely on your mammogram completely.

Mammograms, according to most statistics, miss 10 to 15 percent of breast cancers. If it comes back clean but you still have cause for concern, you haven't been proven wrong: you need to keep pushing and ask for other tests, like blood tests, biopsies, or ultrasounds.

6. The Idea That Breast & Cervical Cancer Can't Be (Partially) Prevented

Yes, you can actually prevent cancer. You're rad like that.

People misunderstand what Pap smears are really meant to do: they're not just there to detect cancer. They're actually finding abnormal cells that may one day turn into cancer, which means that getting a smear regularly — and having treatment on any weird cells that turn up — can genuinely stop you from getting the Big C.

But there's no full way to prevent breast cancer — mammograms are there to detect it once it's already happened — but science has some definite ideas about possibilities. Healthy weight throughout your life and regular exercise are shown to seriously lower your risk, interestingly enough. And breastfeeding your kids lowers your chances, too.

Birth defects in babies are heartbreaking, but it turns out that some of them aren't inevitable — and that there's an easy fix. Both spina bifida and anencephaly can be prevented in unborn children if their mothers take a small dose of folic acid daily while pregnant. Such a tiny bit of advice — but it's not widely publicized, even though the U.S. Public Health Service publicly recommends it, and could prevent heartache and difficulty in thousands of lives.

And here's the kicker. If you're planning on getting pregnant you should start boosting your folic acid levels three months prior to seriously trying, in the form of supplements. Why? Because neural tube defects, as they're known, occur very early on in the pregnancy, in the first month. So get onto that if you're baby-making, please. You should also not drink, smoke, take drugs, or keep taking medications without consulting your doctor.