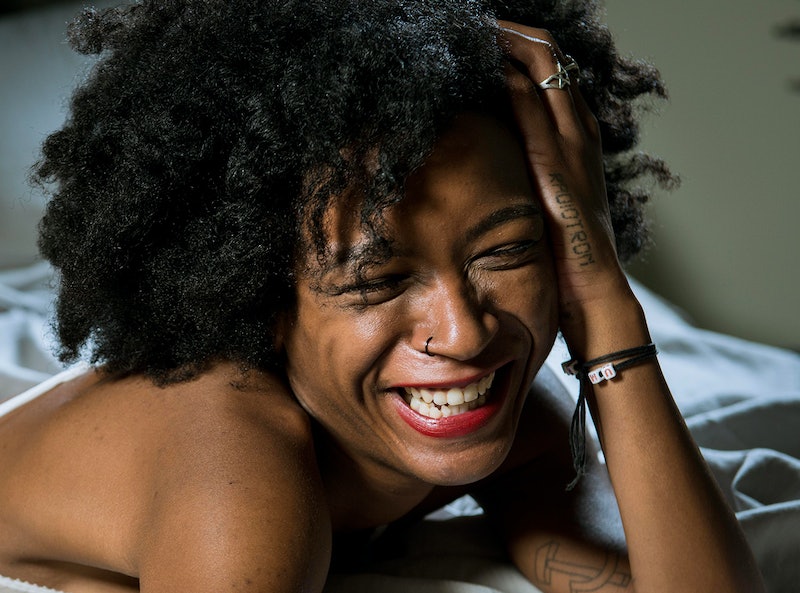 I’m not opposed to putting disgusting things on my face in the name of clear, youthful looking skin. When I learned that human breast milk could be used as an acne treatment, I couldn’t believe my luck. My sister had just given birth to a baby boy and she was pumping milk every two hours. Her abundance of breast milk was a sore subject while she stayed with my parents; my father’s beer and meat fridge was now sharing space with my sister’s nutritious milk. I knew just how to solve the family quarrel of appropriate places for her breast milk: by putting it all over my face.

Now, my face has seen a lot of weird crap since I stopped using soap. I’ve used dog spit, morning spit, semen, and raw eggs to get rid of hormonal acne and enhance my natural glow. Some of them have yielded few results and others have worked so much that it made me question everything I thought I knew. According to sources at Medical Daily, the lauric acid in breast milk is what makes this all-natural remedy an A+ solution for acne prone skin.

I decided to do a five day trial of applying breast milk topically to see if this stuff was all it was cracked up to be. To get said breast milk at my disposal, I had to travel to the far-away land of New Hampshire. Perfect, because I knew my face would break out after only one day of using well water.

1. The Quest For Breast Milk

While I try to only speak highly of my big sister, I will say that she is one of the most squeamish people I know. Any discussion of bodily fluids usually results in her prompt exit from a room, so I was pretty surprised when I casually brought up repurposing some of this breast milk. “I have SO much breast milk. How much do you want?” she eagerly replied. And so, my sister took to her quarters in the back of the house and pumped out enough breast milk to last me the week.

2. Choosing How To Cleanse With Breast Milk

While my face was busy breaking out into pimples on my cheeks and chin, I dig some digging on just how this breast milk cleansing should go down. It seemed simple enough: Apply the breast milk directly on your face, leave on for a few minutes, and then wipe with warm water. I decided to use the breast milk as my primary cleanser, followed by a lemon juice astringent and my jojoba lavender tea tree moisturizer.

The time had come to put my money (or, rather, my sister's literal breast milk) where my mouth was. I was a little scared/disgusted so I procrastinated all morning. My sister couldn’t believe I had the audacity to be disgusted with her breast milk when I had already put semen on my face. After being guilt-tripped into my new home remedy, I was ready. I applied the breast milk thoroughly on my face and neck, carefully getting my ears that have permanent tiny pimples from my hair. The milk was odorless and had a much more pleasant texture than I thought it would, so I strutted around the house confidently with my face covered in breast milk.

I decided to leave the breast milk on my face for about five minutes while I munched on sunflower seeds. I avoided my parents disgusted expressions and felt the breast milk drying up my pimples. The tightness was even more apparent so than when I’ve used cow milk on my face, so I was a bit concerned that my face would be dry after my remedy. I wiped my face with a warm, wet washcloth and then rinsed with lukewarm water to make sure I wouldn’t be walking around covered in breast milk all day. Then I continued with my usual skincare routine, skipping the toner. And then...

The following day, I went to the fridge and pulled out the breast milk. I decided to leave the milk on for three minutes and use the milk in the evening as well. Perhaps, I needed more milk on my face or perhaps all the donuts I'd been eating were a really bad idea and nothing could stop them from developing into huge face welts. Still, I was committed to breast milk now and I begrudgingly refused to use any of my usual topical remedies to get rid of my zits.

On the third day, there was progress. I woke up and immediately went to the bathroom mirror to see my face. The pimple on my cheek was smaller and dry, but the rest of my face wasn’t flaky and it didn’t feel dry at all. I couldn’t even feel the pimples on my ears with my fingertips anymore and that was something I was super happy about. This progress was why I decided to go five days with breast milk. If my breakout was improving, let’s see how far this breast milk could take me.

The fourth day was a wonderful day. It was the day of my sister’s baby shower... and I was pimple free. I longed for selfies that I was missing out on during my breakout. The zits on my cheek were completely down in inflammation and all that remained was a slight scar — a scar I'm choosing to believe could’ve been much bigger if the breast milk hadn’t attacked my pimple. I continued with my morning/evening ritual of breast milk and casually suggested to my sister’s friends that they should try out this hip new natural remedy.

It was time for me and my improved face to leave New Hampshire and most of my milk was gone. I eagerly asked my sister for more breast milk, even though I was a bit worried my new cleanser would spoil on the way to New York. Fortunately, my sister is obsessed with breastfeeding and gave me some pointers. Fresh breast milk can survive for six hours without refrigeration while refrigerated breast milk can survive for four days. Phew. I continued my cleansing that morning and evening and am definitely going to be using up the rest of the breast milk in my quest for glowing skin.