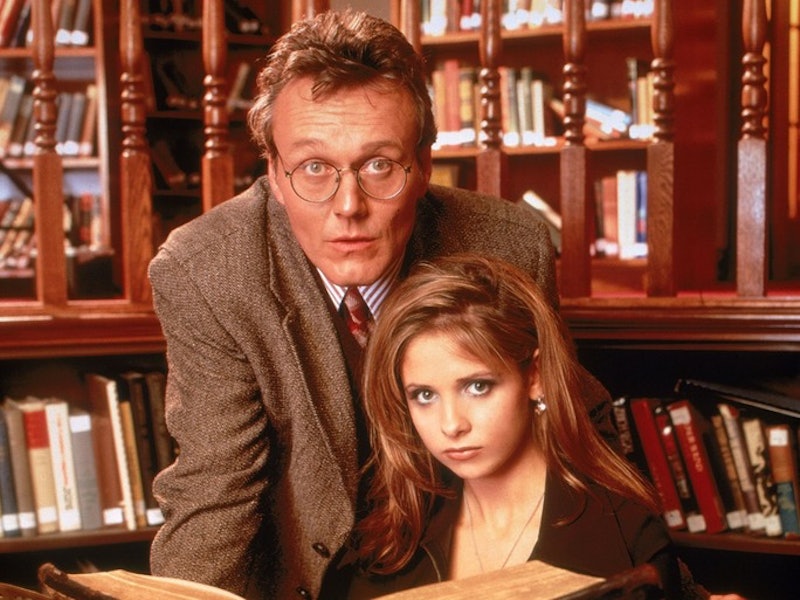 Every decade has its own defining entertainment from the world of TV, film, books, and movies, but pretty much everyone has to admit that the '90s was pretty much the golden era when it comes to amazing TV. Having grown up then, I can vouch for this first hand, and since I spent most of my time when I wasn't playing outside in front of the TV, I've seen pretty much everything the '90s had to offer in this arena, good and bad. I was drawn to particular types of shows — ones that could make me laugh, or that were mysterious and dramatic and kept me wondering what exactly was going on just under the surface. It must be the Aries in me, because I'm still the same to this day, and I'm 31 now. In fact, there are probably '90s TV shows for each zodiac sign.

Whether or not you believe in astrology in any meaningful way, you have to admit it's pretty fun to think about how the sign you were born under affects your personality and your life as a whole, from the big things like relationship and career to the more trivial, like which '90s TV show is perfect for you based on the zodiac. If you were ever wondering about the latter, wonder no more — I'm here to tell you.

Aries tend to be very intense and focused on one particular thing for periods of time to the point of obsession. This fits perfectly with the X-Files ethos, considering Mulder spent most of his life obsessed with uncovering the truth about extraterrestrial life on Earth and what happened to his sister, Samantha, so I can't think of a better match.

Those born under Taurus are very similar to Aries in the sense that they're passionate and intense, but they're different in the sense that they can internalize quite a lot and prefer to think things through silently rather than sharing their thoughts as extroverts would. Who would better understand than Angela Chase?

Geminis can often seem like two different people at once — that whole "twins" thing, and all — and sometimes you never know what you're getting with them. Sort of like watching Twin Peaks, which left all of us scratching our heads wondering what on earth just happened. A perfect match, in other words.

Those born under Cancer tend to be warm, friendly, and very dedicated to those they love. The six Friends buddies were certainly the same (despite their zodiac signs), and the bond they share with one another will make perfect sense to anyone born under Cancer.

Leos are incredibly confident and ambitious, but they're also incredibly stubborn. Sound like anyone you know? Buffy Summers, perhaps? Buffy's badass attitude will make perfect sense to Leos and their independent streak is perfectly mirrored in the Slayer.

Virgos have plenty of great characteristics but their analytical and observant natures make them the perfect fans for Seinfeld, which featured tons of observational comedy and more subtle humor based on callbacks and hilarious meta.

Libras can be diplomatic and idealistic, but they can also be superficial and unreliable. Sound like completely different traits that have nothing to do with each other? They do when you're talking about teenagers who are all over the place emotionally and mentally.

Scorpios tend to be the life of the party and quite extroverted, not caring what anyone else thinks about them or if people don't like them. Roseanne is basically the Scorpio spokeswoman, and basically taught most of us all we needed to know about being outspoken badass ladies when we were growing up.

Those born under Sagittarius make the best friends, since they're incredibly caring, encouraging and dedicated. They're accepting of pretty much everything and rarely interfere in the affairs of others, which is basically Cory Matthews to a T, don't you think?

One of the greatest qualities of a Capricorn is resourcefulness, and what TV character was more resourceful than Will on The Fresh Prince of Bel-Air? Sure, he might have been naughty, but he was constantly thinking up new schemes to get ahead, and you've gotta love that.

Those born under Aquarius are witty, clever, and incredibly caring, and the characters on Full House pretty much fit the bill across the board. The show's focus on learning, love, and connection will appeal to an Aquarius, who values making the people they care about feel good. It goes together perfectly.

Pisces are incredibly sensitive, passionate, and devoted, so E.R., which focuses on doctors and hospital employees trying to save lives an often incredibly emotional episodes, is a perfect match for the sign. Get your tissues ready!

More like this
8 LGBTQ+ TV Shows & Movies Like 'Heartstopper' To Watch On Netflix
By Alyssa Lapid
The 'It's A Sin' Creator Revealed A Massive Detail That Didn't Make The Final Cut
By El Hunt
Grey's Anatomy Fans Refuse To Accept Kaimelia's Shocking Relationship Update
By Brad Witter
Oops! The 'Stranger Things' Monopoly Game Has Spoilers For Season 4
By Alyssa Lapid
Get Even More From Bustle — Sign Up For The Newsletter