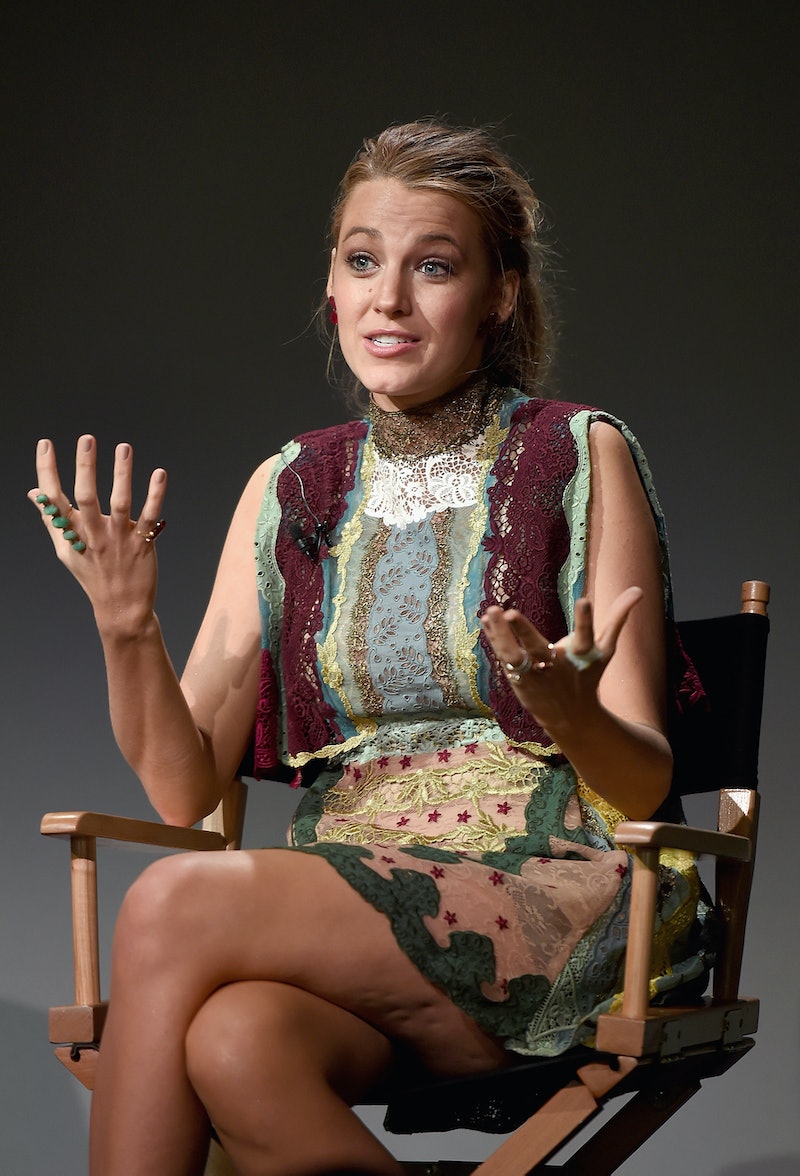 Blake Lively celebrated a stunning Vogue cover in August 2014 with the launch of a new website-slash-lifestyle site, Preserve. But on Wednesday, Lively returned to the magazine to share some big news: After just over a year, she is already shutting down Preserve. The reason behind the closure is simple: According to Lively, "It's not making a difference in people's lives, whether superficially or in a meaningful way," she told Vogue. Fair enough.

Preserve was started by the actress as a place to showcase handcrafted, artisanal wares alongside beautifully shot editorials and journal-like musings from Lively and her team.

All good in theory, but the site was not without its snafus. Remember the "Antebellum South"-themed shoot she published last October? The site also received flak for stocking overpriced goods like this $95 wooden "bike crate" (now on sale for $37). And, design-wise, Vogue points out, detractors complained that the site was too dark. Although, according to the search engine Blackle, black backgrounds save a ton of energy, so maybe Preserve was like, the greenest site ever?

The site is going out in style, with a sale-on-sale (it's currently offering an extra 50 percent off sale prices) and will officially go dark(er) on October 9.

Lively did actually foreshadow the site's closure back in June, admitting in a Time magazine interview that the site was "not close to what I want it to be." The actress cited pressure to launch Preserve before it was ready to coincide with her Vogue cover story, since, of course, Wintour waits for no one. Lively herself said it best: "I couldn’t call Anna Wintour and say, ‘I need six more months.'”

And so, with no choice left but to launch, Lively said found herself leaning on her celebrity more than a solid business model. "[It] kind of became the crutch because it was already up and already running, and it's hard to build a brand when you're running full steam ahead — how do you catch up?"

So what did she want Preserve to be? A look back at the site's introduction, its very first published post, was a letter written by Lively herself explaining the concept behind Preserve, accompanied by a photo of the actress seated cross-legged with perfectly tousled hair, writing in a journal. The letter reads:

Everyone has a story to tell. This idea is the cornerstone of Preserve The function of Preserve is part magazine, part e-commerce hub, part philanthropic endeavor and above all, a place to showcase the power of imagination, ingenuity, quality, and people. Preserve is a creative space. A space which honors both tradition and innovation — a space which honors the future, while having a love affair with the past.

In the letter, she admits that this is a "lofty goal," but you can't fault her for giving it a really solid try. She rallied hard for the site, frequently rocking clothing and accessories from the online offerings out and about as well as on social media; so much so, in fact, that fans began to get annoyed by her sometimes shameless self-promotion.

At the same time, though — and here's where it gets tricky — she also wanted to separate herself from the site. "'Preserve' isn't me," she wrote in the opening letter. "It's a handful of the most dedicated, soulful, wise, patient people I've ever had the honor of working alongside. People who've filled the pages of this site with a force of passion, talent and integrity."

Perhaps it was this mixed messaging — not wanting her fame to be Preserve's only selling point or its "crutch," but not establishing clear boundaries between her persona and Preserve on social media and in the public eye — that ultimately led to Preserve's downfall.

In any case, she'll have a second chance to start over again: She's planning to reopen with a more refined concept, although it might not have the same name. "I love the name Preserve," she told Vogue's Alessandra Codinha. "But then, I never thought people would think Preserve had something to do with jam!"

Bustle has reached out to Lively's camp for comment and will update if they respond.

More like this
Iris Law's Skunk Mullet Is Not For The Faint-Hearted
By Tomi Otekunrin
Kylie Jenner Just Added 3 New Buys To Her Clean & Clarify Collection
By Tomi Otekunrin
How To Nail The Slicked-Back Bun (AKA Summer's Easiest Hairstyle)
By Olivia Rose Ferreiro
10 All-Denim Outfits Inspired By Billie Eilish, Bella Hadid, & More
By Allie Fasanella
Get Even More From Bustle — Sign Up For The Newsletter