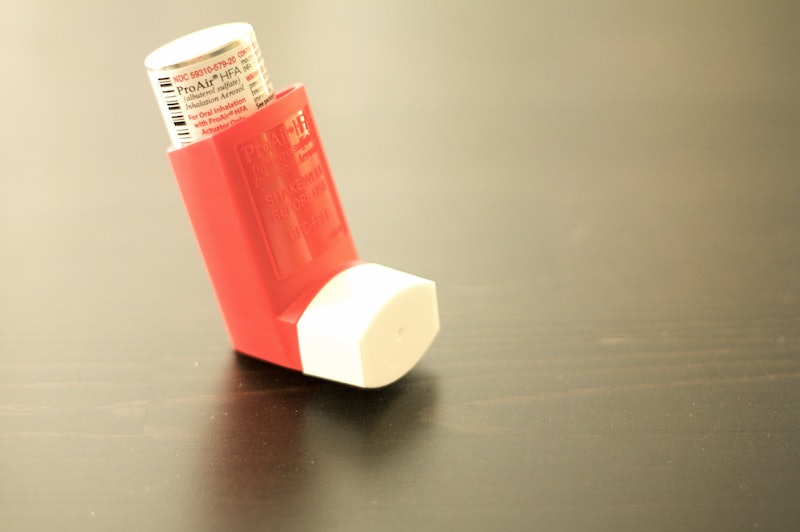 Dealing with medicine at school can be a complicated matter — but the story of a 9-year-old girl in Utah who was denied her inhaler after a coughing fit at school drives home why it's so important for everyone to be on the same page about school policies. According to Fox 13 in Salt Lake City, fourth grader Emma Gonzales had just recieved an inhaler over the weekend after going to the emergency room for a coughing fit. When she started coughing in class, she took the inhaler out; however, because her school, Columbia Elementary, was not aware that Gonzales had been prescribed the inhaler, the girl's teacher sent her with it to the office, where staff took it. School district officials said that the staff were required to verify that the inhaler was Gonzales' for safety purposes.

“When I get into the coughing fit, I kind of hurtle up on the ground, can't breathe and then I start to kind of feel a little nauseous,” Gonzales told Fox 13. She says that this coughing episode got so bad that she threw up on her pants.

Fox 13 reported that officials for the school district said that staff had been correct in taking the inhaler; they needed to make sure that it was Gonzales', not another student's. The inhaler did not have her name on it, and Gonzales's parent had not yet filled out the paperwork documenting it as hers that the school's medication policy requires. “There could be all sorts of problems if children were just allowed to take any medication and we didn't have that verification. Again, this is for the student's safety,” said district spokeswoman Sandy Riesgraf.

Gonzales' parents believe that the school should have rethought the medication policy when their daughter began throwing up; said Britney Badger, Gonzales' mother, to Fox 13, “When a child is puking all over themselves and they can't breathe, you know you kind of have to take action right then and there." School officials state that they monitored Gonzales carefully, and that if she had been in serious jeopardy, they would have called 911. Gonzales' parents are keeping her out of school for the moment.

I understand the school's reasoning; safety is important, as is proper documentation, especially in the case of minors. At the same time, though, an inhaler is not a particularly dangerous drug. If I were an administrator, I probably would have concluded that it was more dangerous not to let the child take the medicine.

In any event, what the story illustrates the most is the importance of everyone — parents, staff, and all — being aware of what a school's policies are to avoid such incidents happening in the first place.