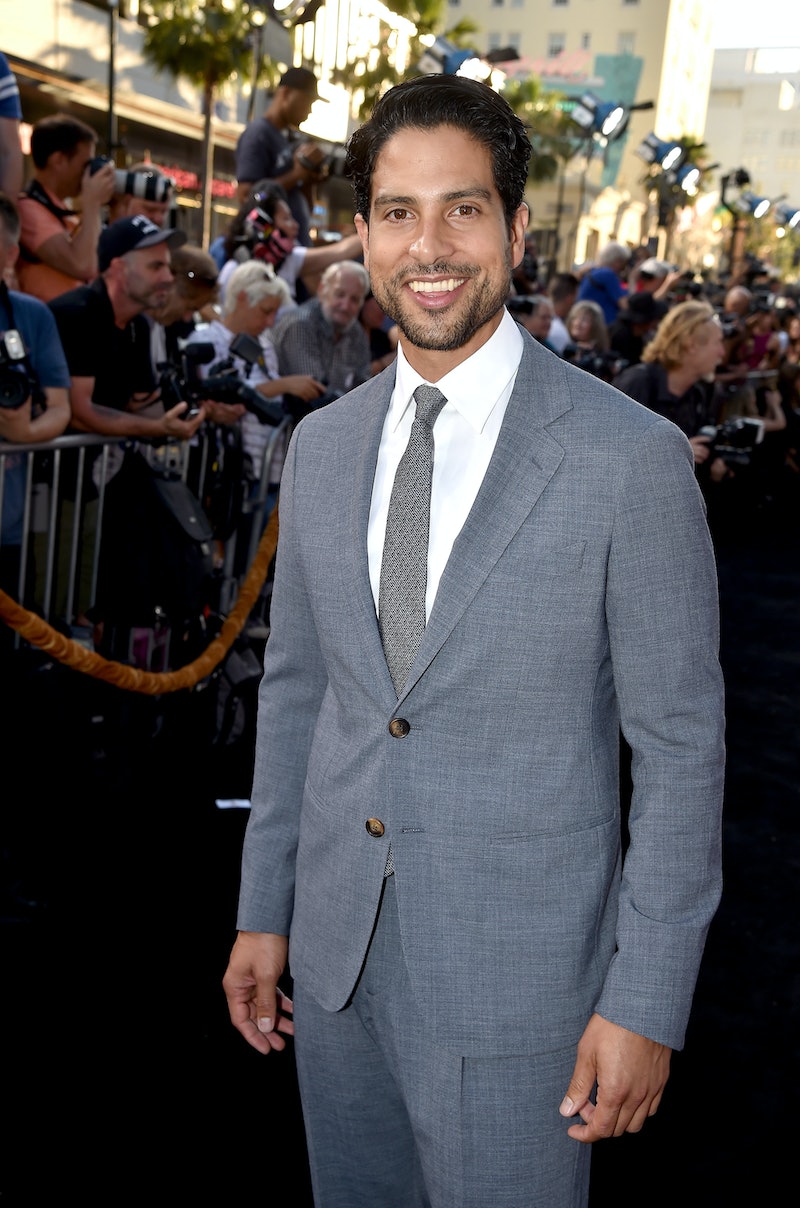 Talk about a mash up of all things pious and dirty. Never in my life did I think that strippers and virgins would be a thing that could come together in perfect harmony — but come together they will! Because, according to The Hollywood Reporter, the star of Magic Mike and Magic Mike XXL, Adam Rodriguez, is joining Jane the Virgin as a series regular for Season 2. Apparently, the CSI: Miami alum (and all around hottie) is coming to the popular CW show this season for a continued arc as Jane’s super critical writing professor.

Um, so wait a second. Why weren’t my writing professors ever that hot? And why didn’t they also just happen to have serious skills in stripping?

I mean, maybe that’s for the best. I probably wouldn’t have been able to concentrate on all of those important college things if my professors had looked anything close to Rodriguez. You know — like learning and reading and handing things in on time. On the other hand, though, I probably would have actually gone to all of my classes if my professors had looked more like Rodriguez and less like, say, Michael Caine. (Even though, for some of you, that might do it for you more than Adam Rodriguez ever could. No judging! To each their own.)

Still, I am totally jealous of Jane. Having Rodriguez as a writing professor would have been a game changer for me — even if he had been a big jerk who didn’t believe in coddling his students. I probably would have wasted less time on things like poetry and spent more time trying to aggressively woo him with clearly autobiographical erotica.

Here’s hoping he puts some of his writing experience to good use with this role. I can’t wait to see him crack down on Jane... and then maybe eventually develop a soft spot for her. How could he not with that girl?