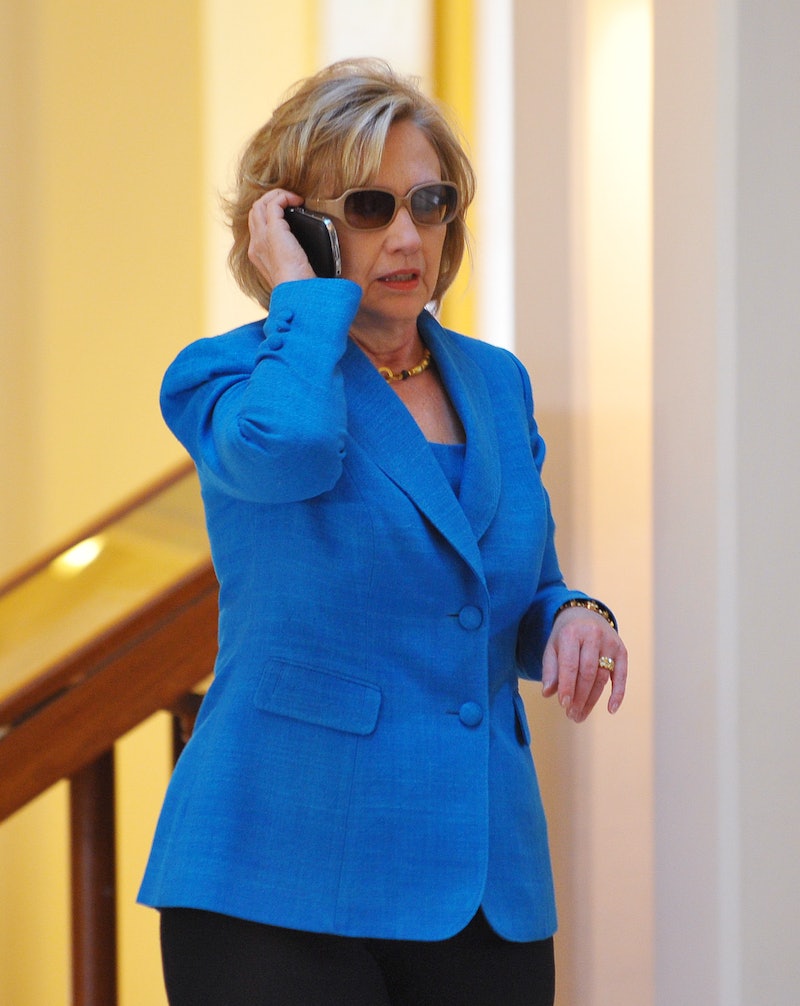 She has one of the most recognizable names in America. But apparently, one White House operator didn't know who Hillary Clinton was, according to one particularly hilarious email from the former secretary of state. The email, one of hundreds made public Wednesday, outlines how Clinton attempted to congratulate Rep. Diane Watson on her retirement, but she was stuck arguing with the White House phone operator because he didn't believe it was actually her. In the February 2010 email, Clinton wrote about the incident to trusty aide Huma Abedin, clearly finding humor in the situation. Just look at the single-sentence run-on that came out of being a "properly dependent Secretary of State."

"I'd like to call her. But right now I'm fighting w the WH operator who doesn't believe I am who I say and wants my direct office line even tho I'm not there and I just have (sic) him home # and the State Dept # and I told him I had no idea what my direct office # was since I didn't call myself and I just hung up and am calling thru Ops like a proper and properly dependent Secretary of State--no independent dialing allowed."

Wednesday marks the fifth batch of emails from Clinton's private server to be released, a seemingly never-ending controversy for the presidential candidate. Clinton continues to struggle with coming off as trustworthy to American voters, and with more batches set to be unveiled every month until the end of the year, it's easy to think that she'll never escape the scandal.

But the reality is each new dump of emails might actually help more than hurt her campaign. The damage from the initial scandal has been done, and what's grabbing people's attention aren't retractions and classified documents, but instead things like her concern for gefilte fish and a Clinton vs. White House employee ID-off. Every peek behind the curtain is another opportunity to "humanize" the Democrat, which has become a big part of her latest campaign strategy. Now, the real question is who exactly was that White House operator.