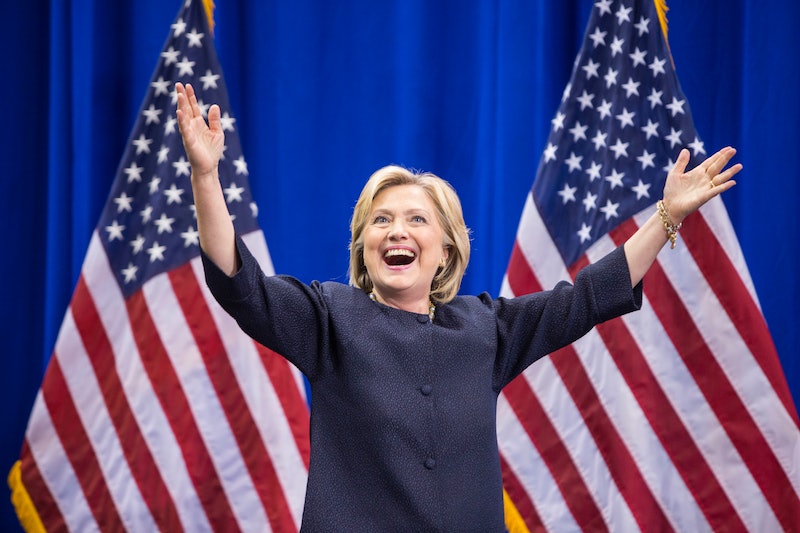 Hillary Clinton has met countless world leaders and dignitaries over the years, but I'm pretty sure no one except Harriet Tubman has ever been called her "home girl." Found in the latest batch of Clinton's private server emails, released Wednesday, the affectionate gal pal nickname was bestowed upon the iconic abolitionist in an email exchange with Maryland Sen. Barbara Mikulski from 2010. After griping about the Obama administration and a Supreme Court that "screwed us," Mikulski said she missed Clinton in the Senate. Clinton responded by quoting one of Tubman's famed sayings.

"Oh, Barb, we got trouble w a capital "T" in River City. I miss you too and will try to call soon. Keep going, as your and my "home girl" Harriet Tubman wpuld (sic) say!"

It's no secret that Clinton is a big admirer of Tubman. As activists attempted to rally support for replacing Andrew Jackson on the $20 bill with a woman, Clinton made it clear that Tubman would have her vote if the opportunity came. "Harriet Tubman could be the first woman on the $20 bill. Awesome, well deserved — and about time," she tweeted in May. It seems Jackson is there to stay, but Tubman is now a favorite for the $10 bill.

The term "home girl," though, is a bit problematic for Clinton to use. Even if well-intended, a white woman calling a historical black woman "home girl" is somewhere straddling the lines of being not the best choice of words and being culturally appropriative. Maybe Clinton should have just said that Tubman would've been a great addition to her squad.

So who else could fill out our all-female political #SquadGoals? Let's throw in Eleanor Roosevelt, Malala Yousafzai, Michelle Obama, and former Australian prime minister Julia Gillard.