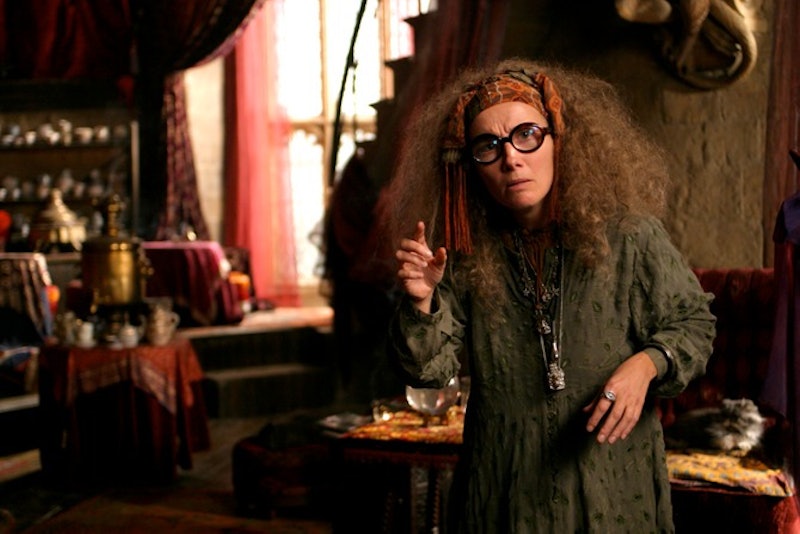 One of the best things about Harry Potter fandom is that the fans have a crazy extensive knowledge of the books. From pointing out plot holes, to creating a world of headcanon, to creating awesome costumes and clothing inspired by the books, HP fans are hardcore and knowledgeable as Hermione Granger herself. Personally, I think it’s wonderful that fans are so passionate about Harry Potter; after all, many of the people who are the most obsessed with the books might not have even liked reading until they discovered a series about an ordinary boy who finds out he’s actually a wizard.

And of course, one of the things that most Harry Potter fans love to do is to come up with potential theories about the series. J.K. Rowling knew what she was doing when she wrote the seven books that we all love so much — from the names to the spells, everything seems significant. You may have seen the theories about how the Dursleys hated Harry so much because he was a Horcrux, or that Draco was a werewolf, or Ron Weasley is actually Dumbledore traveling through time. From the serious to downright wild, there are plenty more fan theories where a lot of those came from: Tumblr. Here are nine of my favorite.

Tumblr user lilysevans points out that when Harry sees his parents with the resurrection stone, they're wearing the same clothes they died in. Remus and Sirius, however, are described as "younger than he's ever seen them." Did a part of them actually "die," then, when they were betrayed and their best friends were murdered? So the theory goes.

Theory #2: The Origin Behind Narcissa's Name Is Intentional

Whereas many characters are named after stars (Draco, Sirius, Regulus, Bellatrix, etc.), the name "Narcissa" means "daffodil." Tumblr user genderflood suggests that it's because Narcissa is "a mother who would do anything for her son: just like Lily and Petunia."

This theory is based on a scene in Harry Potter and the Chamber of Secrets. Remember when Draco rips a page out of a random book in Flourish and Blotts, and later in the movie Hermione has a page ripped out of a book which explains the Basilisk? Indie_band wants to believe that Draco actually slipped Hermione the page.

Tumblr user shelr-locked points out that while James, Sirius, and Remus's names all end in an "S," Peter's doesn't, indicating that he's the odd man out.

Why does every female who comes near Gilderoy Lockhart fall madly in love with him? He's actually quite annoying, which Ron and Harry figure out early on. Tumblr user theslitherydee thinks that maybe this obsession stems from the fact that Gilderoy Lockhart is part actually Veela, the race of part-human, part-magic humanoids, much like the seductive Sirens of Greek mythology.

Theory #6: To Get Into Gryffindor, You Actually Have To Ask

This one may be a stretch, but I think it's super thought-provoking nonetheless. Throughout the book, it's clear that one defining trait of Gryffindors is bravery. Tumblr user thelittlestrose brings up the idea that bravery is a choice, whereas the other houses revolve around traits that are learned. In order to be brave, you have to choose to do so. So what if, to be a true Gryffindor, you have to make that choice?

Theory #7: Dumbledore's Death Is Foreshadowed In Prisoner Of Azkaban

Professor Trelawney makes her fair share of wild predictions, but some of these predictions actually come true — including one in particular in Prisoner of Azkaban. This post points out that when Trelawney joins a group for Christmas dinner, she freaks out because she thinks she will be the 13th person at the table, and when 13 people dine together, the "first to rise" will be the "first to die." But Ron had Scabbers in his pocket, which means there were already actually 13 people at the table — and Dumbledore rose first to get Trelawney a chair.

This theory just reinforces something we all know: Ron is not only a great friend, but understands Harry completely. Tumblr user themockingjayandherbaker describes how when Harry has to leave to defeat Voldemort for the final time, instead of hugging Harry and getting weepy-eyed, Ron was silent so he could give Harry the strength he needed. All the fans, on the other hand, were in tears.

Is J.K. Rowling really that creative, or did she betray the International Statute of Secrecy in order to make money off a "fictional" series? Tumblr user tessela-te may have exposed the truth... Hogwarts is real. Well, OK, maybe not — but interesting theory nonetheless.