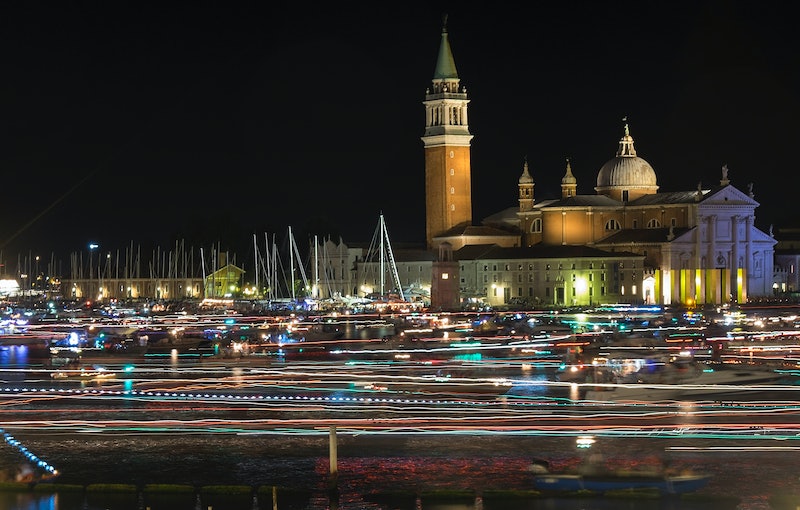 I don’t know about you, but several times a year (OK, fine, it’s more like every month) I feel the urge to get away. It doesn’t help that I follow about a dozen travel accounts on Instagram, but more than pristine beaches and exotic jungles, I’m lured into a dreamscape by the cobbled streets and architectural wonders of Europe. Oh, Europe, you beautiful thing: with your diverse culture, history, architecture, art, and food, you're a total tease for those with wanderlust. Sadly, I can’t always take off at the drop of a hat.

It's a good thing, then, that I'm a reader. Books are an easy — and, well, less expensive — way to travel, 'cause when you read, you're transported to far off places, and can escape the confines of your life for a while. Wherever I'm feeling the itch to see, I can pick up a book, and bam! I'm there, if only for a few hundred pages.

The books on this list are the kind that evoke the cities of Europe so well that they get underneath your skin — you can feel, smell and taste the sites as you read. That makes them the perfect alternative until you can actually get there. Because you totally will.

First published in 1937, this book tells the story of Hungarian businessman Mihaly arriving in Venice for his honeymoon with his wife, an admittedly conventional start to married life. But it is here that his bohemian past catches up with him and he is swept up into a bizarre journey of unexpected encounters, missed trains, and mysterious coincidences. At once dark and funny, exciting and moving, this book is one of the best known contemporary Hungarian novels by one of Europe’s greatest writers.

The trouble began in Venice, with the back-alleys… But at the time he paid them no attention, being caught up from the outset with the essential Veniceness of Venice: the water between the houses, the gondolas, the lagoon, and the pink-brick serenity of the city.

Raimund Gregorius teaches classical languages at a high school in Berne, Switzerland and lives a life of routine. But a mysterious encounter on a bridge on his way to the school makes him pack his bags and get on the next train to Lisbon. He’s searching for an obscure Portuguese doctor whose book he came across at a second hand bookstore. Pascal Mercier was the pen name of German author Peter Bieri, a professor of philosophy, and it shows — his novel reads like a mystery thriller but is filled with intelligence and insight.

We leave something of ourselves behind when we leave a place, we stay there, even though we go away. And there are things in us that we can find again only by going back there.

Barcelona, Spain: The Shadow of the Wind by Carlos Ruiz Zafrón

The story opens in 1945 in Barcelona, a city recovering from the Spanish Civil War. Young Daniel is taken by his father to the Cemetery of Forgotten Books, where he finds a tattered book written by an obscure Spanish author, Julien Carax. Through his choice of book, The Shadow of the Wind , Daniel finds himself at the centre of an old and dangerous mystery, and the resulting Gothic-esque quest through the old streets of Barcelona will have you turning the pages breathlessly.

The lamps along the Ramblas sketched an avenue of vapor that faded as the city began to wake. When we reached Calle Arco del Teatro, we continued through its arch toward the Raval Quarter, entering a vault of blue haze.

Paris, France: The Elegance of the Hedgehog by Muriel Barbery

This smart, charming book is one of France’s most popular contemporary novels. Told from the point of view of two narrators, René, a 54-year-old concierge of a posh apartment building in Paris and Paloma, a 12-year-old resident; two curious, contemplative and lonely minds maintaining the facade of an uneducated concierge and quiet, clueless kid, respectively. The novel is filled with musings on philosophy, literature and music, and illustrative of class-conscious Parisian society encapsulated in one apartment building on the elegant 7 Rue de Grenelle.

I find this a fascinating phenomenon: the ability we have to manipulate ourselves so that the foundation of our beliefs is never shaken.

This book is written by a London-born journalist Tom Rachman, but it takes place in Rome, where the author was stationed as a correspondent for the Associated Press. It is a collection of connected short stories about 11 characters who work at a declining English newspaper founded in the 1950s in Rome (and one character who reads the newspaper). Hilarious in places and heart-wrenching in others, it explores the dreams, frustrations, insecurities and regrets of its characters: the obituary writer, the editor in chief, the publisher, and reporters.

You know, there's that silly saying 'We're born alone and we die alone' — it's nonsense. We're surrounded at birth and surrounded at death. It is in between that we're alone.

Share a warm July day in 1980s London with twenty-something Ananda and his eccentric and retired uncle Rangamama. Ananda is a student in London studying English Literature. The entire (200-page) novel takes place within a few hours as the pair take a walk, take the tube, buy some sweets, have dinner, walk a bit more. But within those pages is so much more — Ananda’s rich interior life, his musings about literature, family, friendship, loneliness and identity that are both tender and funny. This remarkable novel, filled with exquisite prose, is Chauduri’s homage to Homer’s Odyssey and James Joyce’s Ulysses.

Could one hold even London in wonder and affection?

You can probably read anything by Jane Austen and get transported to England. Persuasion was one of Austen’s later novels and is set in Bath, where Austen lived for a few years. The novel is about a pensive heroine, Anne Elliot, who gets a second chance with her one-time finance whom she was persuaded to ditch, Captain Wentworth. The setting of the reunion of these star-crossed lovers is Bath, a city of Roman baths and stylish Georgian streets. Austen was clever in her use of locations in Bath and their class-conscious connotations.

What part of Bath do you think they’ll settle in?

Hemingway’s first novel is about American and British expatriates living in Paris, the ones Gertrude Stein referred to as a “Lost Generation” to describe the young men who had served in World War I. In writing the novel, Hemingway borrowed from his own life as an expat. Jack Barnes and his friends' (including his complicated love interest, Lady Ashley) antics are played out against the backdrop of a wild festival in Pamplona, the Spanish capital of bullfighting. You can expect the lean prose Hemingway is famous for, while at the same time feeling you are right there in baking hot Pamplona, or in the bullfighting pit.

It seemed out of place to think of consequences during the fiesta.

In this novel Nikos Kazantzakis brings us one of the great characters of modern fiction (played exquisitely by Antony Quinn in the movie). The novel tells the story of the narrator’s friendship with Zorba, a 60-ish-year-old lively, if eccentric, character. The author was born and is buried in Heraklion, the capital of the southern-most Greek island of Crete, and there is no shortage of sensory details about the place — the food, the wine, the sea, and the sound of the santuri, the musical instrument that Zorba carries with him. The novel, and Zorba, is a lesson in living life to the fullest.

I felt once more how simple and frugal a thing is happiness: a glass of wine, a roast chestnut, a wretched little brazier, the sound of the sea. Nothing else.

Prague, Czech Republic: The Unbearable Lightness of Being by Milan Kundera

A story of love and politics set against the backdrop of the Soviet Invasion that followed an era of openness — the Prague Spring — of 1968. The novel’s characters - surgeon-turned-window-washer Thomas, his wife Tereza, a photographer, the lecturer Franz, and the painter Sabina, all get caught up in the political turmoil. The novel is a reminder of a difficult time in the history of the city that gives new meaning to its fairytale landmarks like the Castle and Charles Bridge.

She loved to walk down the street with a book under her arm. It had the same significance for her as an elegant cane for the dandy a century ago. It differentiated her from others.