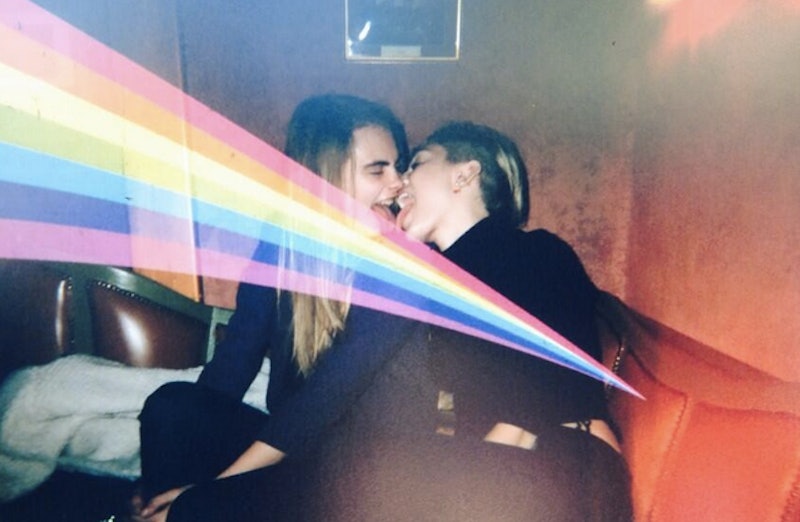 OK, so in all actually, it's not that shocking. But considering all of the stunts Miley has pulled recently — the music video, lighting a blunt on stage at the MTV EMAs, twerking on Robin Thicke at the MTV VMAs, etc. etc. — it's clear that the intention behind this picture is to get people talking. And hey, it worked! Who wouldn't want to talk about a picture of two hot young starlets french kissing at a bar, with a rainbow filter Instagram could only dream of? Exactly.

For the record, Cyrus and Delevingne are actually good friends: As E! Online points out, the two hit up an Amsterdam coffee shop last month.