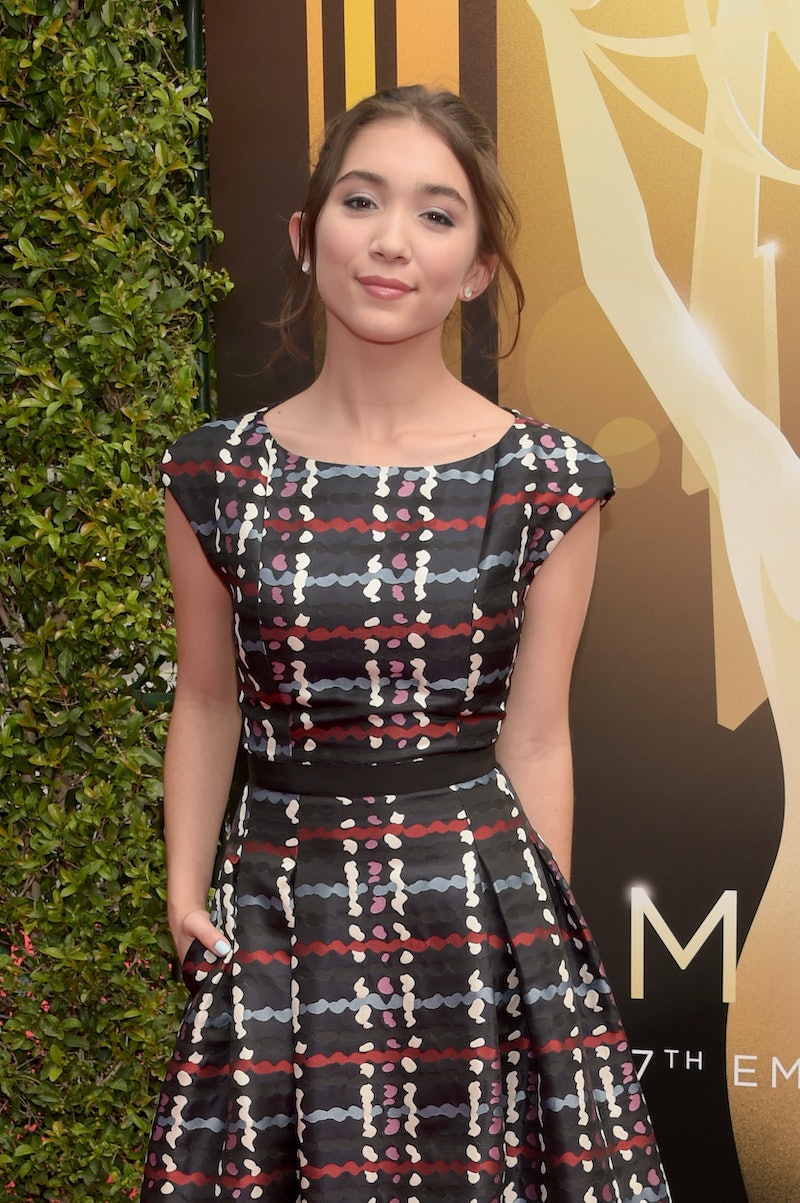 Mr. Feeny may be the wisest person on Boy Meets World (though, to be honest, there were times when Alan Matthews gave him a run for his money), but, for this generation, that award goes to none other than Rowan Blanchard, the 13-year-old actress who plays Cory and Topanga's daughter, Riley, on Girl Meets World. Rowan Blanchard frequently gets real about feminism all over social media, making headlines for her eloquence in discussing sometimes-hard-to-navigate topics like feminism and intersectionality. Blanchard, like fellow mature-beyond-their-years actresses Amandla Stenberg and Zendaya, seeks to educate her followers, fans, and peers on the importance of feminism and gender equality — and I will forever be impressed by the poise, maturity, and thoughtfulness with which she does it.

In a recent interview with Elle magazine, Blanchard continued to serve up feminist realness, discussing the blatant sexism she encounters on the red carpet and encouraging the media to not only be aware of this, but to change it. Her responses, of course, are so eloquent that it's easy to forget that she's only 13. But perhaps her age is the most inspirational part about it — not only is her audience growing up with her (and listening to what she has to say), it's truly incredible to think what Blanchard is capable of the older she gets.

Check out some of the young actress' most impressive quotes about feminism below.

1. When She Got Real About This Frankly Horrifying Red Carpet Question

"It's inappropriate on so many levels," she continued. "That makes other girls hate themselves or have eating disorders. We have to change all this. Girls tweeted me after [the] Christopher Kane [fashion show] being like, 'Rowan, I liked the clothes, but all the models were this one way.' And I have to be like, 'You don't have to be that one way! You be you.'"

2. When She Was Honest About The Sexist Double Standard On The Red Carpet

"I'm happy to talk about what I'm wearing. It's cool to spotlight a new designer on the runway, and to contribute to the fashion world that I love. It's a very special thing I get to do," she told Elle. "But don't make my story, and who I am, be my dress, while my male co-star's story is how he picks scripts and gets inspired. Why not ask me that, too? Ask me work questions, too! Ask me about my life!"

3. When She Penned This Incredibly Smart & Insightful Essay On Race Within Feminism

Blanchard's powerful words immediately made headlines across the world.

4. When She Eloquently Spoke About Gender Equality At #HeForShe

You can watch more of Blanchard's speech on her Instagram.

5. When She Stood With Planned Parenthood

And tweeted an important Bill Nye video, to boot.

6. When She Encouraged Young Girls To Use Their Voices

7. And When She Left Her Followers With This Inspirational Message

13-year-old Rowan Blanchard, be my mom.

More like this
Sandra Bullock, Girlboss Extraordinaire
By Matt Harkins & Viviana Olen
Spice Girls’ Net Worth: The Richest Member Is Wealthier Than The Rest Combined
By Hugh McIntyre
Lydia Leonard Is Setting The Record Straight
By Olivia-Anne Cleary
Kourtney & Travis Crashed His Daughter’s TikTok Live In Their 2nd Wedding Outfits
By Grace Wehniainen
Get Even More From Bustle — Sign Up For The Newsletter