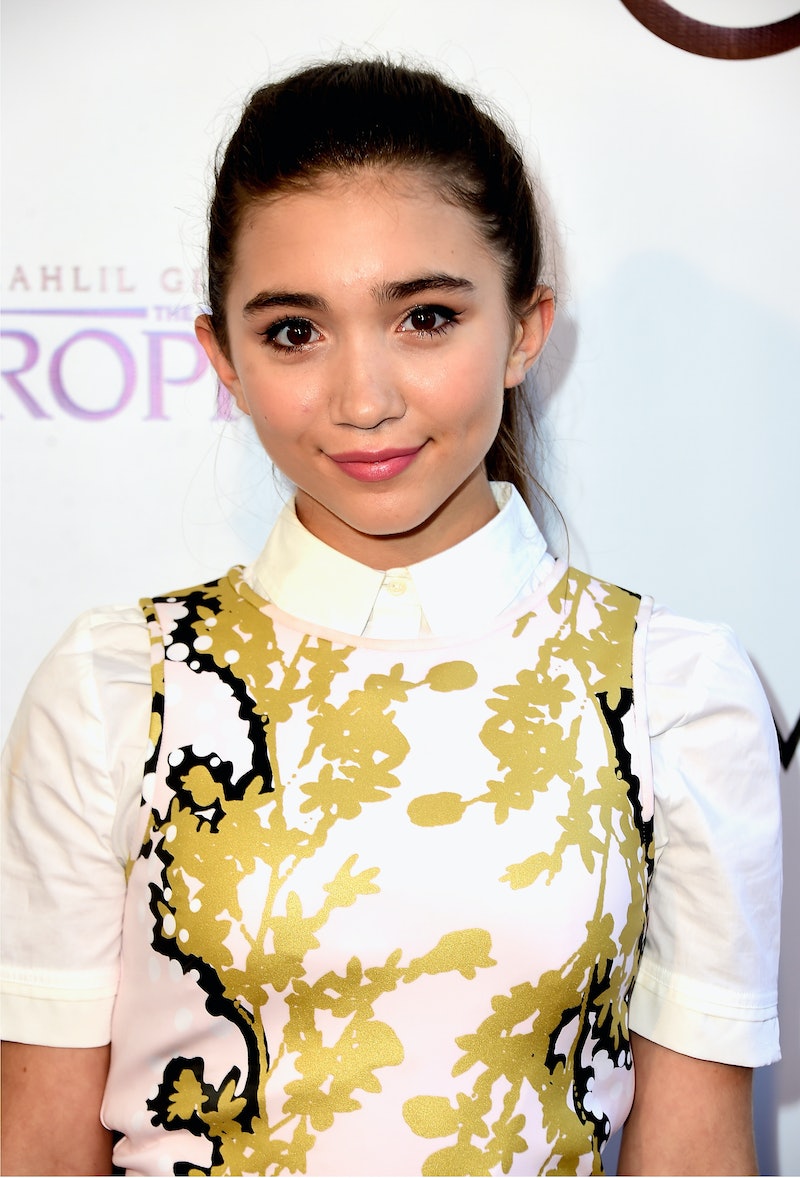 At age 13, I admittedly spent most of my free time hanging out at the mall — shopping at Claire's or drinking vanilla bean Frappuccinos. It wasn't until college that concepts like feminism and intersectionality were even on my radar. To be honest, I'm still learning what these phrases fully mean. But guess what? One very wise teenager just broke down the importance of feminism and we should all listen up. On Tumblr and Instagram, Girl Meets World star Rowan Blanchard talked about "white feminism" and I am in serious awe. Then again, should we really be surprised that the TV daughter of Cory Matthews and Topanga Lawrence is so awesome? Nope, not surprised at all.

Here's what prompted the discussion. A fan wrote on Blanchard's Tumblr,

row, i wanted to ask your opinion on the term "white feminism" and how common feminism might exclude women of color and non cis/queer women

While it's a concept that sometimes people double (or even triple) Blanchard's age have trouble comprehending, the 13-year-old offered an incredibly well-articulated response. The Disney Channel star began with this:

This is such an important thing to be discussing. I have made a very big point at making sure my personal feminism includes everyone- and educating myself and discussing these topics have really helped.

From there, Blanchard listed common issues associated with feminism — sexual assault, domestic violence, education equality, the wage gap, marriage equality. But then she noted that "many of us seem to have not accepted the fact that police brutality and race issues are our issues too." This is far too true.

There are so many highlights of the post. Blanchard comments on how the wage gap is even bigger than people often note: Native American, black, and Hispanic women all make less than 78 cents to the dollar. Another important topic the actress tackles? The very real struggles of trans women. "It is SO important to protect trans women and youth as they are incredibly at risk when it comes to sexual assault and hate crimes," she writes.

Blanchard also acknowledges another incredibly wise teen actress — Amandla Stenberg, best known as Rue from The Hunger Games. Stenberg, 16, was deemed the "angry black girl" simply for speaking up on important issues, like cultural appropriation. That kind of stereotyping is not acceptable at all. At least there's some promising news here: Blanchard and Stenberg are proof that the next generation is in very good hands, as far as role models are concerned.

Wrapping up quite possibly the most epic Tumblr/Instagram essay of all time, Blanchard concluded with this:

To only acknowledge feminism from a one sided view when the literal DEFINITION is the equality of the sexism is not feminism at all. We need to be talking about this more. Discussion leads to change.

All I can say is YES, YES, YES. Unsurprisingly, this isn't the first time the Girl Meets World star has spoken out about gender equality. Back in June, she gave an equally inspiring speech about He For She at the U.S. National Committee for UN Women's Annual Conference.

It looks like Mr. Feeny isn't the only one teaching us valuable lessons, huh? Keep "doing good," Rowan. You rock!

More like this
5 Ways To Stand In Solidarity With Women In America From The UK
By Sophie McEvoy
How To Fight For Reproductive Rights, Based On How Much Time You Have
By Courtney Young
The 'Hocus Pocus' Sequel Finally Has A Release Date & It Makes Total Sense
By Shannon Barbour and Radhika Menon
Travis Alabanza On Not Fitting In
By Sam Ramsden
Get Even More From Bustle — Sign Up For The Newsletter