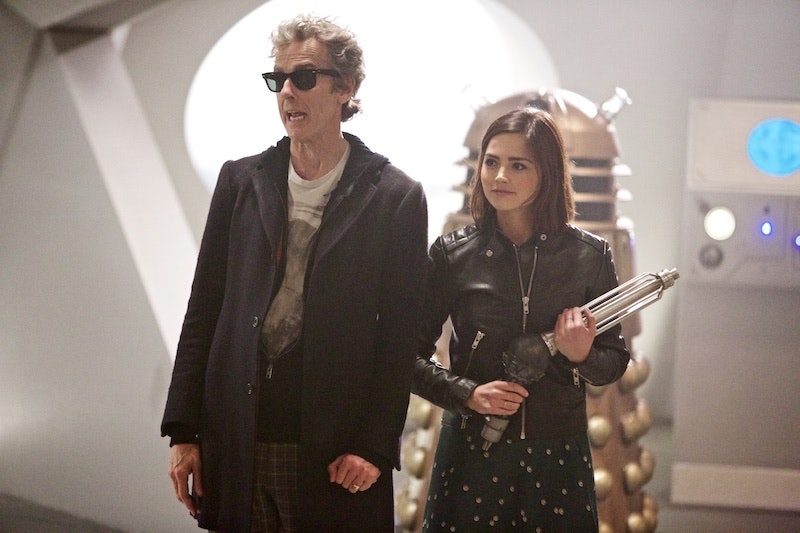 Huge news for this fandom: BBC has officially announced a Doctor Who spinoff, and it's coming in 2016! According to Hypable, the new series, titled Class, will consist of eight episodes that run 45 minutes each, and will be penned by notable young adult genre author, Patrick Ness. Though this will be the first television writing gig for Ness, Doctor Who writer and producer, Steven Moffat, couldn't be more supportive: He said of the show's new writer, according to Hypable, “No one has documented the dark and exhilarating world of the teenager like Patrick Ness, and now we’re bringing his brilliant story-telling into Doctor Who. This is growing up in modern Britain – but with monsters!” Uhm, yeah, that sounds amazing. It also implies that the spinoff will be geared specifically toward teen audiences.

If anyone can create a Doctor Who spinoff just for teens though, it would be Ness. The author's best known for his YA novels, The Monster Calls, and The Knife of Never Letting Go.

The author seems pretty enthusiastic too — and rightfully so! A Doctor Who spinoff is like, kind of a big deal. He said, according to Variety , "I’m astounded and thrilled to be entering the Doctor Who universe, which is as vast as time and space itself. There’s so much room there for all kinds of amazing stories, and to work with Steven Moffat and Brian Minchin to find a place to tell one of my own has been an absolute joy."

He even tweeted about the new gig.

I respect that level of excitement and also find it completely adorable. Apparently he "can’t wait for people to meet the heroes of Class, to meet the all-new villains and aliens, to remember that the horrors of the darkest corners of existence are just about on par with having to pass your A-Levels."

Well, Ness, we can't wait to meet them either. I guess there's really only one thing left to say:

The spinoff will begin production sometime in spring and will premiere in 2016.