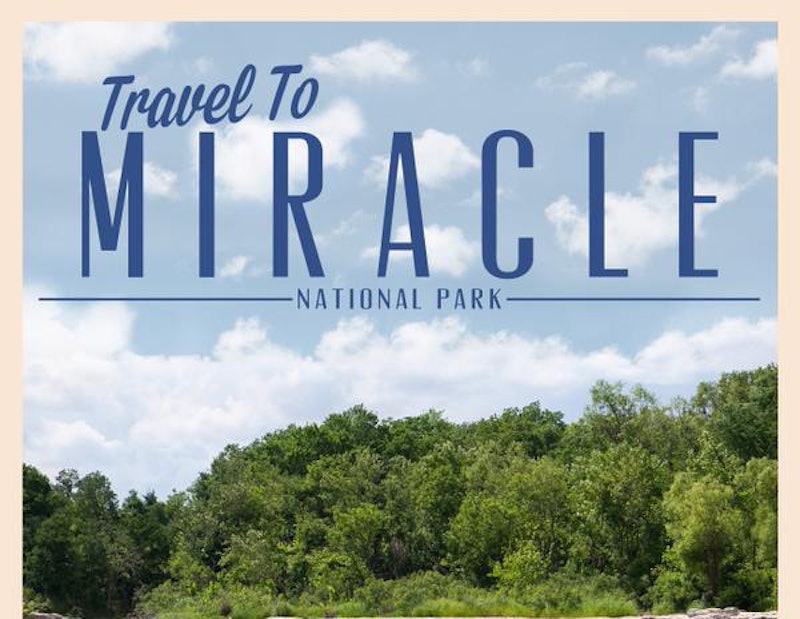 Mapleton was getting to be a pretty depressing place, eh? Fortunately, when The Leftovers returns to HBO on Oct. 4, some of the characters will have put that corner of New York in the rearview. Their destination? "Miracle National Park" in Jarden, Texas. As a lifelong New Yorker, the idea that New York is the affliction and Texas is the cure goes against every fiber of my being, but, in this case, I think it might be the best for Kevin Garvey and company to pack up and go — New York was not kind to them. So, why Texas? According to the show, "Miracle National Park" got its nickname because, in the whole town of Jarden — with its population of 9,261 — there was not a single Departure. That sounds lovely; sign me up for a visit, too. But, for someone who's not in The Leftovers , is Jarden, Texas a real place?

Well, the town of Jarden and Miracle National Park have their own website, where you can buy souvenirs, read testimonials about what makes it so great, and like it on Facebook. That sounds like any small town in America, right? But, unfortunately, Jarden is a fictional town. Don't go looking for it on your next Texas road trip.

The real town standing in for Jarden is Lockhart, Texas. (The beautiful building featured in The Leftovers' anti-Miracle tourism ads like the one below is actually the county's courthouse.) According to Austin Monthly, Lockhart proved irresistible to The Leftovers ' producers — who looked for locations everywhere from Atlanta to California — because of "the town’s well-preserved architecture and lack of 'intrusion' by chains like Starbucks and McDonald’s." The magazine also calls Lockhart the Barbecue Capital of Texas — a big claim — so one could assume the cast and crew had some leftovers of a different sort when the cameras stopped rolling. Barbecue everywhere and few chain stores in site? In this day and age, that sounds like a Miracle to me.

There is a town called Jardin, Texas — a teeny bit of a spelling difference. But, unfortunately, that one isn't as immune to Departures as its fictional sister city. According to the Texas State Historical Association, "By 1885, [Jardin] had a population of 75, three churches, and a school. The post office closed in 1904. The population was 50 from 1900 until 1950, and two businesses were operating there in 1952. From 1976 to 2000, Jardin reported a population of 22." So much for that miracle, I guess.

It makes sense that Jarden is a fictional town with a Texan stand-in. Last season operated the same way. Though there is a real town called Mapleton, New York, The Leftovers filmed in a different location for that suburb, too. The show was shot in Westchester and Rockland Counties in New York — two places I'm sure have more film shoots than smoking cults. Other than the fact that both towns used Hollywood doubles, though, it doesn't seem like Miracle and Mapleton have much in common. What lies beneath the idyllic veneer of Jarden is anybody's guess.