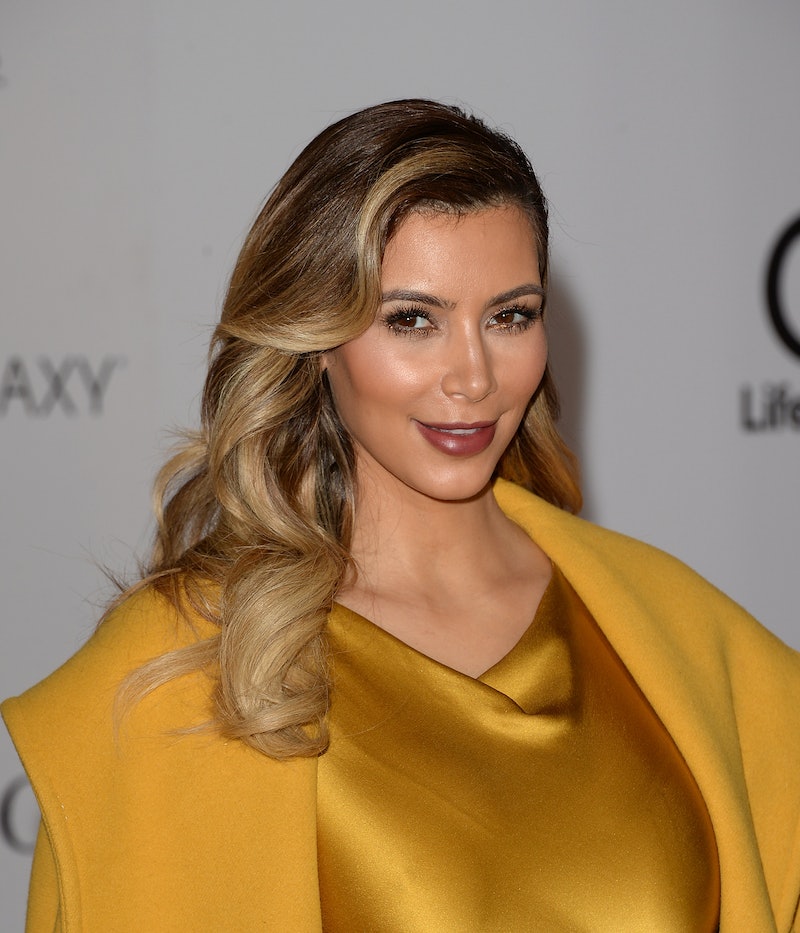 Last night, I was doing some post-Christmas grocery shopping when one of my best friends texted me a photo of Kanye West's Christmas gift for Kim Kardashian. She knows that sort of thing is my reason for breathing. The picture of the George Condo-painted Birkin bag nearly caused me to drop my phone and repeatedly run over it with a shopping cart. The bag is so intense. It's all of the art at once. If I was in college right now, the bag would be the topic of all of my Philosophy of Art class papers. Because there is so much to unpack here.

As nutzo as the painting is, the actual size is what put me over the edge. Kardashian's Instagram photo of the bag didn't include a penny or a breadbox or anything for a size comparison. I thought, "Weird painting, but at least the purse is not obnoxiously large." Alas, I thought too soon. When I saw a pic of Kardashian holding the Birkin, I started screaming in Trader Joe's. Because THE BAG IS THE BIGGEST BAG EVER.

Eat your heart out, Mary Poppins.