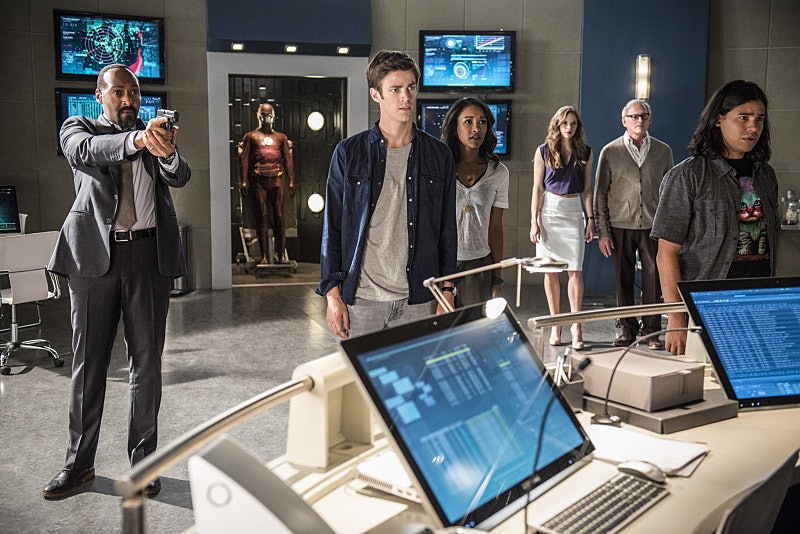 I don't know about you, but I've personally spent a good deal of my summer wondering what's good with Barry Allen and his friends in Central City. Finally, it's fall premiere season, and I'm about to find out. The Flash started strong in Season 1, building on the momentum from Grant Gustin's pre-explosion appearances on Arrow. The CW showed its confidence in the series by giving it a full 22-episode order in its first year. That confidence paid off, creatively and otherwise. The Flash offered a lighthearted counterpoint to Arrow, and gave the network an advantage in several demographics, especially younger viewers. So, how many episodes will be in The Flash Season 2?

Why pump the brakes now? The CW announced the renewal of The Flash before it even saw the showdown between Team S.T.A.R. Labs and the villainous Reverse-Flash. The show was picked up for Season 2 in January of this year, as reported by The Hollywood Reporter. In fact, the network renewed all of its scripted projects at that time, including Arrow, Jane The Virgin, and The 100. The CW and its previous incarnations have often been treated like teenybopper breeding grounds, but right now that network has what's maybe the strongest slate of shows on network television.

The renewal notice didn't come with an episode order for The Flash, nor has The CW issued another release with that information. But the network also hasn't announced a shortened season, so another 22-episode run is likely in the bag. There's no reason to clip The Flash's wings when it's going so strong.

A potential 22 more episodes of The Flash means that Barry Allen will again be wrung through an emotional wringer. Gustin has a great face for feelings, and on this show, he gets to feel them all. How is he so expressive? The eyes? The eyebrows? Whatever it is, it's working for him. Here are the emotional stages of Barry Allen that I'm looking forward to seeing again in Season 2.

Barry is just trying to do his job and save the city, OK? Can you just let him live, please?

Barry gets a win. His eyes crinkle, his mouth widens, and I swear the birds outside my window just started singing.

Barry sees something he doesn't like, and gets confused and despairing. He'll fix it, probably, but he has to let his face do its thing first.

You know that Coldplay song "Every Teardrop Is A Waterfall"? That, but in face form.

Barry is really into Iris and is really bad at hiding it. And why would you want him to? Look what it does to his whole facial region.

The Flash wouldn't be The Flash if it were all action and no emotion. I'm ready for the next phase of Barry Allen's personal journey, both highs and lows included.