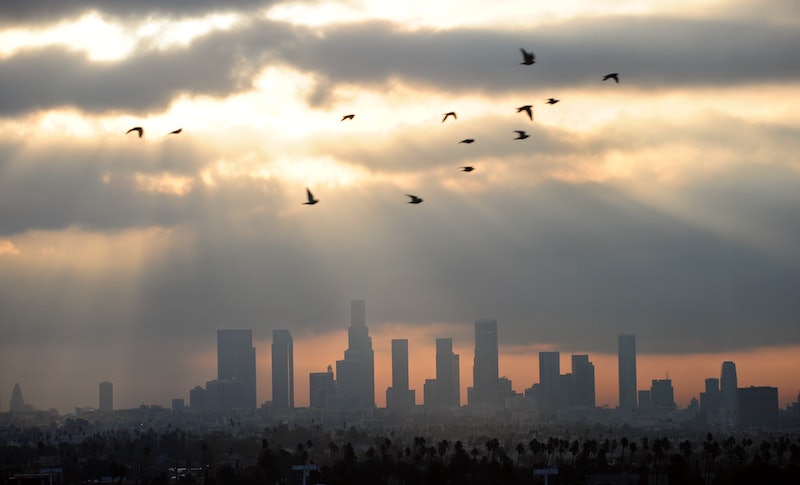 On Monday afternoon, the state of California passed a "death with dignity" bill, which will allow patients with terminal illnesses to legally end their own lives using drugs prescribed to them by a doctor. Gov. Jerry Brown announced that he had signed the legislation, though there had been much emotional and personal debate. Brown wrote in a statement, "The crux of the matter is whether the State of California should continue to make it a crime for a dying person to end his life, no matter how great his pain or suffering" and that he had considered all of the nuances of the case. He continued:

In the end, I was left to reflect on what I would want in the face of my own death. I do not know what I would do if I were dying in prolonged and excruciating pain. I am certain, however, that it would be a comfort to be able to consider the options afforded by this bill. And I wouldn't deny that right to others.

It's truly a victory for California. Advocates for the bill say that right-to-die legislation allows for a gentle planned death to escape endless suffering they were forced to endure, while opponents argue that the bill will allow for "premature" suicide or put patients at risk for "coerced" death.

However, this bill and others like it — California is now the fifth state to pass right-to-die legislation — have stringent regulations attached to ensure patients who want to end their lives have truly thought the decision through. The "End of Life Option Act" requires that the patient be physically able to take the medication themselves; it cannot be administered for them. The patient has to submit multiple requests orally and in writing, two different doctors must sign off on the decision, and two witnesses — one of whom cannot be a family member — must be present.

California's death with dignity bill was sent to Brown after it passed on Sept. 11, following the case of Brittany Maynard, a 29-year-old California woman who moved to Oregon in 2014 to end her life after being diagnosed with a form of incredibly aggressive cancer that gave her only months to live. Before she died on her own terms, Maynard worked with an advocacy group to push for the legislation's passing in her home state. In a video, she said:

I am heartbroken that I had to leave behind my home, my community and my friends in California. But I am dying and I refuse to lose my dignity. I refuse to subject myself and my family to purposeless, prolonged pain and suffering at the hands of an incurable disease. No one should have to leave their home and community for peace of mind, to escape suffering, and to plan for a gentle death.

Oregon, Washington, and Vermont all have laws allowing terminally ill adults to end their own lives by taking doctor-prescribed drugs. California has joined them. In Montana, a court case determined that doctors are protected if they give a prescription to a terminally ill patient that will end their life. And New Mexico's terminally ill residents once had a constitutional right to receive aid in dying, but that ruling was overturned.

The passage of the right-to-die legislation in the state was emotional and contentious, but it was a significant win for California's residents. There are safeguards in place to prevent any wrongdoing. Others' religious convictions or personal morals won't be imposed on a person who does not hold the same beliefs. And those who are terminally ill and don't want to spend months in pain on their death beds will be given the option to die with compassion, strength, and dignity.

More like this
What To Know About Martin Bashir After Watching 'The Crown'
By Bustle UK
Prince William Condemns “Unacceptable” Comments Made To A Black Guest At Buckingham Palace
By Shahed Ezaydi
The David Beckham Qatar Controversy, Explained
By Sophie McEvoy
Footballer Jake Daniels Shared His Thoughts On A World Cup Boycott
By Sam Ramsden
Get Even More From Bustle — Sign Up For The Newsletter