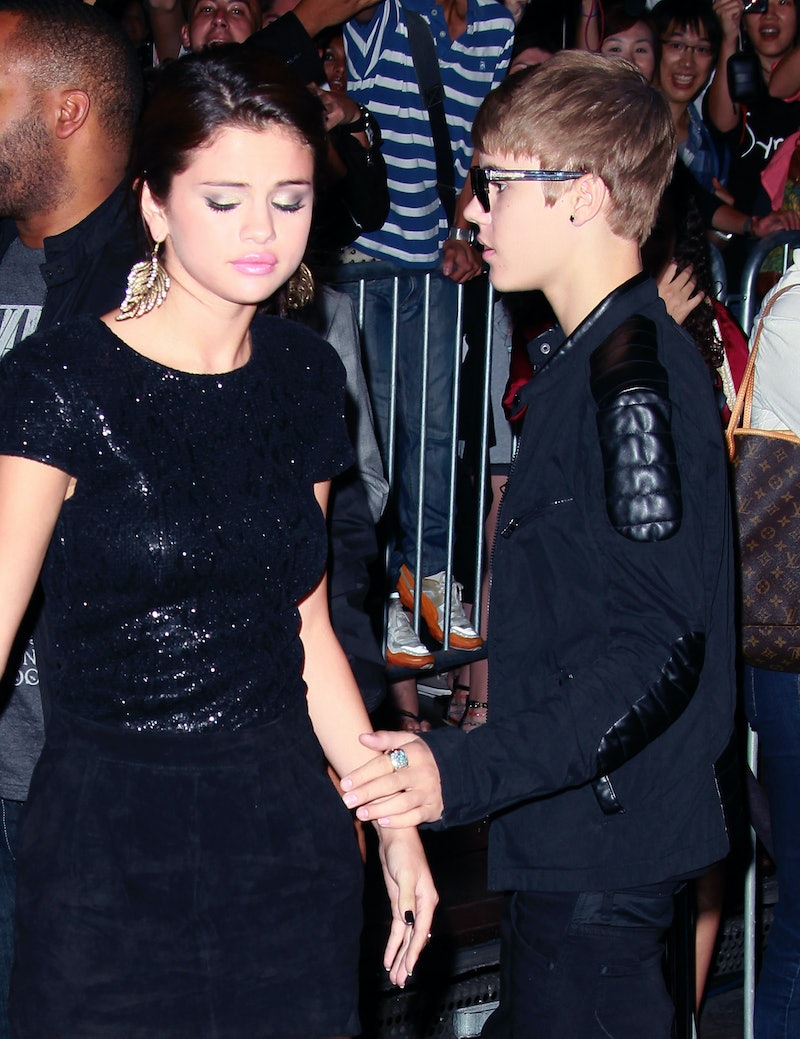 If you are not a lazy math bimbo like me, and you actually learned things in your high school Honors Physics class instead of rapaciously devouring Burger King Whoppers while copying your friends' formula notecards literal minutes before all of your exams, then you probably still have Isaac Newton's law of inertia memorized, and didn't have to look it up on Wikipedia right now. But! Do you know the law of relationship inertia? It's similar to Newton's original concept, and it goes like this:

A body moving in missionary position, like seriously, so much missionary sex you could actually kill yourself smack-dab in the boring middle of it all, on a level surface that just so happens to be another body that you've been in a relationship for an inordinately long time, like way too long considering that you're 20-something years old and you have a LIFE to live, frankly, will continue in the same boring only-missionary-sex-having direction at a constant slow-thrusting speed unless disturbed.

It's not plagiarism if it's science, I think. And science says that it's terribly easy to get stuck in relationship inertia, when you sort of know that it needs to end, but things aren't so awful that you feel compelled to bolt immediately and dramatically. Remember, "it doesn't suck worse than eating bees" isn't reason enough to not pack your bags. Below are five signs that it's time to have the talk.

1. It sucks almost as bad as eating bees

What did I JUST tell you?

2. You'd rather spend time with your friends, your mom, or your drunk psycholinguistics professor than your partner

You might not be consciously avoiding your significant other, but if you're overloading your calendar with dozens of plans with other people, there's probably a reason for it. You might also forget to answer your partner's texts, say "ugh" when they call, trade in tongue-kisses for pecks, neglect to invite them to that work event, etc. Instead of forcing them to take the hint, take it yourself. There's no good way to dump someone, but a quick break is better than a long, painful ice-out.

3. Your significant other did something reaaaal fucked-up

For example: cheated/spent a ton of your money without your permission/got a tattoo identical to yours to profess their love everlasting after you've been dating for seven weeks. You get the idea.

Sometimes a guy/gal does something that's just incorrect, unforgivable, or unforgivably incorrect. I, for instance, dumped my eighth-grade camp boyfriend when he started wearing a Korn baseball cap a lot. Even if your Line That Must Not Be Crossed runs a bit deeper than that, you've still got one, and you probably know what it is. Never try to force a relationship that's gone past the point of no return. Likewise, if you do something disturbingly out of character to your partner or your relationship, it's a major red flag. On that note . . .

4. You've cheated, or you want to cheat

First, if you want to cheat on your partner and haven't yet, please do me a favor right now and walk to the mirror. Stare into your shockingly pretty eyes and repeat, "It's not worth it." Say this over and over until you believe it. Cheating on a partner is not. Worth. It. Just cut the cord and keep it moving.

If you did cheat: You're not a bad person, you're just a person who desperately needs to end her current relationship. Break it off, forgive yourself — really forgive yourself — and learn from it. Maybe you'll both work it out in a few months; maybe you won't, and you'll be happier for it. Either way, it couldn't be clearer that you need something or someone else right now.

5. When they won't stop watching their favorite show (which is Duck Dynasty) to help you with the dishes. Ever.

Duck Dynasty ? For fuck's sake. But even if this isn't your exact scenario, it's not really about the dishes, or even the homophobic television preferences. In a functional relationship, each partner puts in an equal amount of effort. Of course, sometimes you're going to have to pull your SO's weight a little, and vice versa; the key word is "sometimes." If you've talked about your imbalance before and nothing's changed, it's probably time to don your JoJo henley and sing it out — come on, you remember the words:

More like this
These 4 Signs Are The Seductive Sirens Of The Zodiac
By Brittany Beringer
The 19 Best Tweets & Memes About Bisexual Awareness Week
By Lexi Inks
Breeding Kinks Have Been On The Rise Since Roe V. Wade Got Overturned
By Lexi Inks
Are Quality Time & Gift-Receiving Love Languages Compatible?
By Lexi Inks
Get Even More From Bustle — Sign Up For The Newsletter