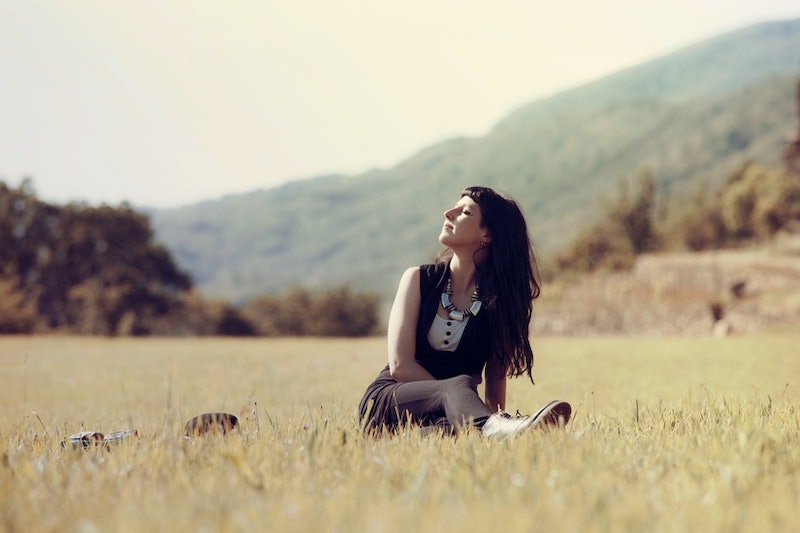 Bad moods, amirite? Luckily you live in a world where there are geniuses in universities who dedicate their days to discovering ways to boost your mood that are backed by science. Because you need all the help you can get today. Maybe you just got out of a crappy work meeting or found out you bombed a big test. Maybe you're surrounded by the most annoying people on the planet. Maybe nothing bad happened but you just got up on the wrong side of the bed. We've all been there.

If it makes you feel any better, falling into a bad mood every once in awhile is actually a good thing, according to psychologist Dr. Joe Forgas of University of New South Wales. He found that the occasional mental rage fest makes you more productive and better at communicating. Hopefully, your communication is in the form of positive suggestions for improving your situation, and not an angry revenge tirade at the person who soured your grapes.

Either way, you should probably work on turning that frown upside down before you hurt someone. Here are six simple strategies you can build into your daily routine to help refill your well of positivity.

Never feel guilty about wasting time on LOL Cats again. Cat videos actually have documented mood boosting benefits, according to Jessica Gall Myrick of Indiana University. They make you feel optimistic and they also give you an energy boost. And don't let the fact that it's not your job to study cat videos get you down.

2. Splurge On An Experience

If you're into retail therapy, you might be interested to know that spending your money on shared experiences instead of accumulating more stuff gives you a bigger mood boost, according to Miriam Tatzel, PhD, of Empire State College. Next time you're down, go out to dinner or go to a show with some friends instead of buying new clothes.

There might be a psychological benefit to never deleting pictures off of your phone or to looking at those flashback apps, such as TimeHop or Facebook Memories. Researchers from United Kingdom's Open University discovered that people experience an 11 percent happiness boost simply by looking through old pictures. You can tap into this power at work with a screensaver or digital picture frame that rotates between random old photos.

According to Prevention, researchers at Osaka University in Japan looked into the link between citrus scents and stress hormones. They found that smelling a lemon is an effective way to to lower those stress hormones. You can get a similar experience from smelling lavender. You can sniff your lemon before you put it into your tea, wear lavender essential oils on your body or get an oil diffuser for your home or office.

A study performed by researchers at Clark University found that smiling and other gestures of happiness trigger positive memories and improves your overall mood. The tricky part is that you have to don a genuine smile, as fake smiles were not found to do the trick. If you're at a loss for a genuine smile, try to recall a happy memory or hop online and watch a funny video.

According to research performed at UC Davis, people who wrote down three positive things about their day felt happier and more optimistic. Surprisingly, over time, these same people reported not only improved life satisfaction, but improvements in their physical health, such as fewer colds and headaches.

I wonder if doing all these things at once opens a portal to an alternate dimension of happiness. Or creates some kind of happiness super hero. Worth a try, right?