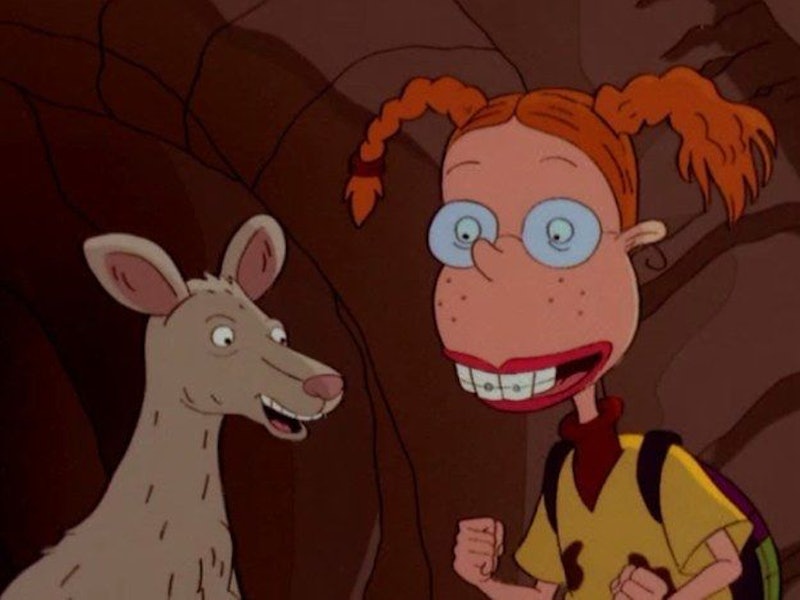 Of all the '90s Nickelodeon TV Shows out there right now, it's fair to say that The Wild Thornberrys doesn't really get a whole lot of love. Despite being one of the greatest Nickeldeon shows in history, people are more excited to see shows like Hey Arnold or Rugrats on Nickelodeon's '90s channel The Splat. Like, yeah, it's on the list, but is anyone actually going to tune into The Wild Thornberrys because of their deep passion for The Wild Thornberrys? I'm gonna go with nah. But, all things considered, maybe it's worth another second glance... because it turns out The Wild Thornberrys is a hell of a lot more entertaining as an adult.

First of all, if you have any doubts, let me point out all the delicious Nigel Thornberry memes that have popped across the Internet in the last half decade. That is more than enough of a reason to consider the show a worthwhile contribution to humanity. Beyond creative repurposing, you really have to take a critical eye and re-evaluate certain aspects of the show to realize it is pretty amusing, if only because it is often incredulous. And, if you're not willing to do that, then allow me to do it for you.

Here are 11 things you notice when you rewatch The Wild Thornberrys as a grown woman. Smashing!

1. The Wild Thornberrys Had Incredible Star Power Behind The Mic

I've said this a thousand times before on the Internet, but it's worth repeating if you still don't know: Tim Curry is the voice behind Nigel, Flea of The Red Hot Chili Peppers is responsible for Donnie, and Lacey Chabert is the voice of Eliza.

2. On A Related Note, The Series Seems To Have Inadvertently Inspired Mean Girls

Maybe not literally, but from the red hair to the being-homeschooled-on-the-African-plainfields, Eliza's life feels very much like pre-Plastics Cady Heron's life.

3. Debbie's Style Is Way Ahead Of Her Time... Or Slightly After Her Time

Let's break down Debbie's look, shall we? Green flannel, orange tank top, ripped jeans, boots, purple lipstick and hair that is straight up Drew Barrymore in Poison Ivy . She looks like she stepped out of a Grunge Pinterest board. It's kind of weird, though, because The Wild Thornberrys debuted in 1998 when grunge was dying down, so was this actually, like... uncool back then?

4. Eliza's Ability To Talk To Animals Seems To Be More Trouble Than It's Worth

She has to keep it "totally secret," because, if she doesn't, she loses her powers, right? But, honestly, the majority of time she uses her "gift," she seems to end up in a life-threatening situation. It is hard enough being a 12 year old with braces, and now you have to deal with that sort of responsibility? No thank you.

5. There's An Entire Episode Dedicated To Trying To Get Two Turtles To Mate

Can we just talk about how in "Two's Company," Eliza tries to get two ancient last-of-their kind turtles together for sake of repopulation and it's like, a whole ordeal?

OK, remember that one episode where Eliza gives some birds needles to help them acquire larvae? And then it throws off the entire eco-system? The show seems to be in big support of many concepts with that storyline, the underlying ideas being a) everything in moderation; b) it's totes OK for animals to eat other animals, or animals to eat other squishy larvae things and c) don't tamper with the natural order or else everything falls apart.

Listen, I've had braces. I wholeheartedly understand it puts your mouth through some serious turmoil. But your parents have their own TV show. Couldn't they get a better dental plan?

8. Why Couldn't They Put Aside More Time To Teach Donnie To Talk?

Or, at the very least, why didn't anyone set aside the time to get Donnie to wear a shirt?

9. Actually, Why Does The Darwin Wear A Shirt And Donnie Doesn't?

Is it just because it's funny to see monkeys wearing people clothes? Wait, is Darwin wearing Donnie's shirt?

10. The ComVee Can Do Anything

It's a house on wheels, but also a house on inflatable rafts that just majestically floats on river beds. I would spend my entire life in it.

11. Eliza's Appendicitis Scare Seems Like More Than Enough Of A Reason To Take A Break From The Vast Wilderness

The only person to help her when she first started having symptoms was Darwin, and then, because all of their regular vehicles (i.e. waterproof vans and all) are useless, Nigel has to pilot a plane to the hospital. IDK, guys, I just feel like that sort of scare would at least inspire the Thornberrys to take a sabbatical from their show and, like... go somewhere where it's ambulances a plenty.

Then again, if they had, we wouldn't have gotten so many adventure-packed episodes. And, at the end of the day, the best parts of the show are also the parts that make you worry for the safety of all children now that you're no longer one yourself. Forget the Rugrats and get back into The Wild Thornberrys. You can thank me later.