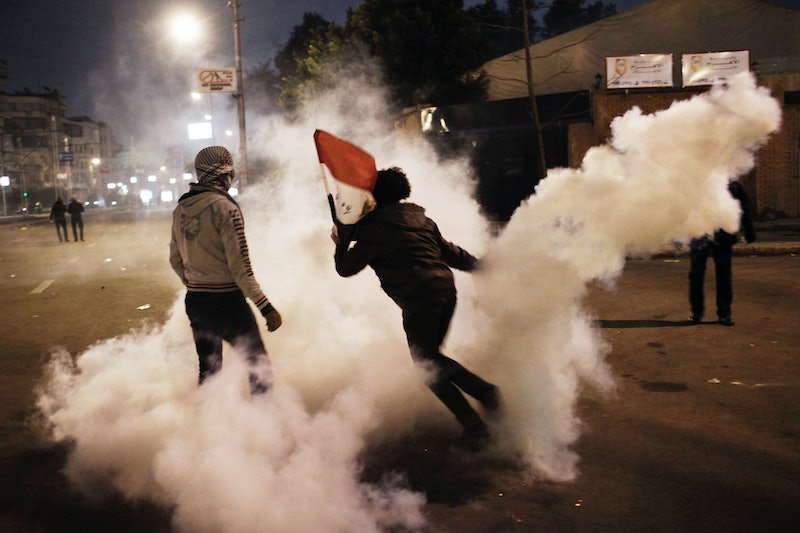 If you were hoping to visit the pyramids this summer, think again. Continuing unrest and growing violence in Egypt have led to three deaths—including one U.S. citizen—prompting U.S. officials to warn Americans not to travel to Egypt.

The U.S. state department asked Americans on Friday "to defer non-essential travel to Egypt at this time due to the continuing possibility of political and social unrest".

It also stated it had "authorised the departure of a limited number of non-emergency employees and family members" from Egypt.

These warnings follow mass protests in Alexandria, Egypt on Friday, in which two people died, after demonstrators stormed one of the Muslim Brotherhood's offices.

A U.S. citizen, Andrew Pochter, was among the victims, although it is unclear how he died. Egyptian officials are maintaining that he was stabbed in the chest.

According to a statement posted by Kenyon College, Ohio—where Pochter was a student—the 21-year-old was an intern at AMIDEAST, an American NGO involved in development and education activities in the Middle East and North Africa.

An Egyptian man was also killed in Alexandria on Friday, reportedly after being shot, while an explosion in the northern city of Port Said injured five and killed one other.

Over 22 million Egyptians have signed a petition to remove current Egyptian President Mohammed Morsi, and a mass rally has been organized for Sunday by Morsi's opponents, demanding that he resign and calling for an early presidential election.

President Barack Obama has said that the U.S. is "looking with concern" at what's been happening in Egypt. And with good reason, it seems.