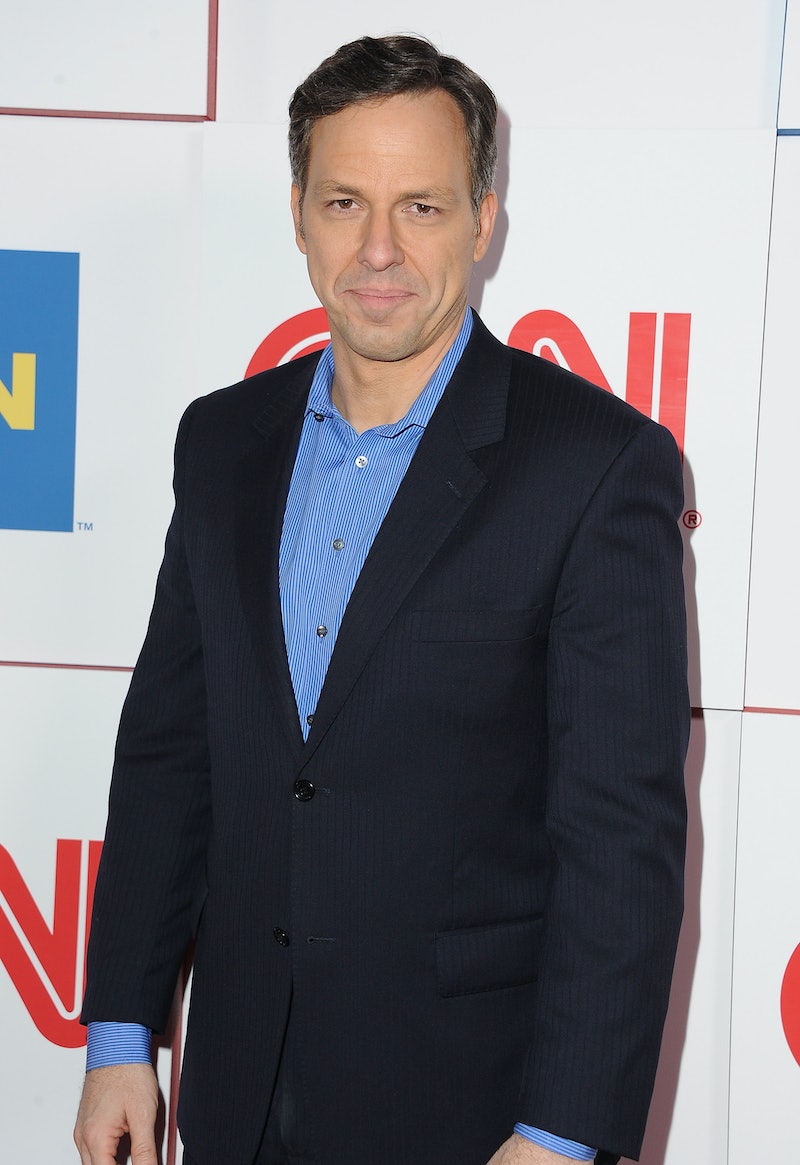 In September, CNN announced Anderson Cooper would be the lead moderator of Tuesday's Democratic debate, backed by a peanut gallery of pundits that included Dana Bash, Don Lemon, and CNN Español's Juan Carlos Lopez. Noticeably absent from the lineup though was The Lead's Jake Tapper. CNN's decision to pass over Tapper for hosting the Democratic debate was surprising, especially since the anchor is actually the network's go-to political expert.

In 2012, Tapper jumped ship from ABC to CNN to help anchor the flagging network's political coverage as its chief Washington correspondent. This past June, he was tapped to helm CNN's State of the Union, which covers politics and policies and often books the biggest names in Washington. He's sat down with President Obama. He took on the entire 2016 field of Republican candidates. So why Tapper will be missing from the Democrats' debut is definitely a curious case. But maybe, the question shouldn't be why Tapper is missing but why others are being used in his place.

Perhaps CNN just wanted to switch things up. After all, Tapper is fresh off of moderating last month's second GOP debate, and maybe Cooper, who has long been the silver fox of CNN, is the solution to make the network's voice in the election conversation feel new. My bet, though, is CNN is hoping that Cooper has the charisma to rake in another ratings win.

After all, the big concern right now is how the Democratic debate will live up to two live iterations of what has become a Republican Party circus. CNN's GOP debate drew in 23 million viewers, making the three-hour brawl its most-watched program in history. To give that some more perspective, that's seven times what CNN saw for the first Republican primary showdown in 2012.

The network purposefully designed the GOP debate to pit candidate against candidate, but chances are the Democratic side will keep things on the traditional side of throwing shade. Come Tuesday, there will be no Trump, probably no awkward high-fives, and most likely no Joe Biden to spice things up. What you'll see instead are a lot of scripted talking points, and compared to the Republicans, the Dems could spell a big snooze fest with viewers.

That's not to say Tapper is boring. But he's definitely the kind of straight edge guy that CNN really just doesn't need for this debate.