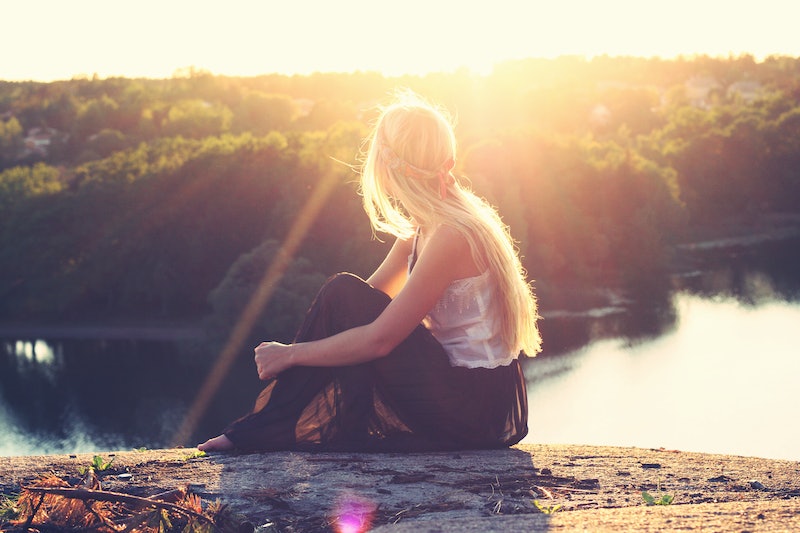 The problem with sexism (besides, you know, everything about it) is that it’s sneaky. Sure, there are plenty of blatant instances of gender-based discrimination out there, but the role that sexism plays in many women’s lives is much less obvious. We find it in subtle biases and microaggressions, or in statements that seem innocuous at first but rely on unspoken assumptions about women’s “proper” roles in society. This kind of sexism is hard to combat because a lot of people don’t even realize they’re doing it. I think most guys, for example, aren’t going through their lives consciously thinking “I hate women!” or “Women are inferior!” But that doesn’t mean many of them don’t participate in and perpetuate a culture that shames women simply for existing.

Of course, men aren’t the only ones who shame women. Nor are women the only targets of gender-driven shaming. Gender stereotypes and biases work in all directions — men get shamed for being perceived as feminine, and women for being perceived as simultaneously too feminine and not feminine enough. But it usually seems to come down to an assumption that femaleness is undesirable, and that by virtue of their gender, women are less able to speak for themselves, manage their lives, or control their bodies than men.

Often, men with good intentions will end up saying things that are sexist or patronizing to women without meaning to. They simply don’t realize or think about how their statements might be perceived. But unfortunately, good intentions don’t mean much when they have the effect of shaming people for their gender. “I didn’t mean it that way” doesn’t make it all OK.

1. Compliments That Come At The Expense Of Other Women

Most of us have gotten these kinds of compliments before. “I didn’t expect a girl to be very good at this, but you’re doing great.” “Most women are terrible when it comes to [Insert task here]; you’re doing really well.” “I usually don’t work well with girls — but it’s been great working with you!” Um, thanks? The guys who make these comments probably don’t mean any harm. In fact, they’re trying to make the women they’re talking to feel good. But these kinds of backhanded compliments work by telling a woman that she’s an exception to a rule — a rule stating that women are inferior or incompetent in some way. Statements like these praise a woman even as they shame her for being female.

Sometimes, people who don’t intend to criticize do so indirectly by being very, very concerned. Sometimes, these concerns can reveal underlying sexist attitudes. For example, if a man tells a woman that he’s concerned about the way she’s dressed on the pretense that “I’m just worried that other guys will get the wrong idea,” what he’s really doing is slut-shaming her. He's drawing attention to her (from his point of view) promiscuous clothing on the pretense that he’s trying to protect her. That’s patronizing and rude.

Men can similarly express concern about women’s health, bodies, and life choices in ways that are unintentionally condescending. If a supervisor at work tells a female employee that he’s “just really concerned about how extra work responsibilities will affect her family life,” he may honestly think that he’s doing his best to look out for her. But really, he’s passing judgment on how she should manage her family and what her role as a parent should be.

When men go out of their way to give unsolicited advice to women, they may be coming from a well-intentioned place, but the act itself suggests that they see women as needing protection, unable to make good choices, and incapable of knowing their own minds.

4. Using Gendered Language To Describe What Is Good And Bad

How many times have all of us heard the word “pussy” used to describe someone — male or female — as weak? Or conversely, the phrase “man up” to push someone into being strong or brave? This kind of language is so deeply ingrained in our culture that a lot of people — men and women — use it all the time without thinking about its implications for gender and worth. But when we use words like these, even in jest, we’re perpetuating the cultural standard that femininity is weak, undesirable, and bad.

5. Speaking Over Or Interrupting Women

Research has shown that women tend to be interrupted more often than men, and when they do speak frequently (especially in professional situations), they’re often perceived negatively for it. “Manterrupting” may be an awkward term, but it’s a real thing. Most men probably don’t even realize they’re doing it, but when they routinely interrupt or speak over the women around them, they’re sending the message that these women don’t have the right to speak — and even worse, that what they have to say is worthless.

6. Acting Like Menstruation, Pregnancy, And Childbirth Are OMG SO HORRIFIC

Look, I get it. Some aspects of the human body are squicky. But when guys freak out at the mention of tampons, pregnancy issues, or having babies, the message they’re sending is that the female body is disgusting. I’m not saying that dudes need to know every detail of their lady friends’ periods, but the “EWW GROSS” reaction shames women for their natural biological processes, perpetuating the feeling among women that they have to keep these aspects of themselves hidden. Women shouldn’t have to feel ashamed or embarrassed about completely normal aspects of their reproductive health.

7. Telling A Woman She’s Being Shrill Or Overemotional

When a woman is angry or upset, a common response is that she’s being too sensitive, hysterical, or melodramatic (or worse, that she’s “just being hormonal”). These kinds of comments invalidate and shame a woman for her emotional responses. The men who say this stuff might simply be trying to diffuse a tense situation, but the message they’re sending is that a woman’s emotions are illogical or simply not real — and that they therefore shouldn’t be taken seriously.

8. Shaming Men For Being "Feminine"

In our culture, one of the most common and severe ways one can insult a man is to tell him that he’s acting like a girl — that he’s weak, emotional, prissy, or feminine. That kind of attitude is incredibly damaging to men and boys, holding them to a standard of culturally constructed masculinity that punishes any type of deviation. Too often, men are told that their worth depends on how well they can conform to masculine ideals, and that stereotypically “feminine” behaviors therefore devalue them.

As harmful as these standards are to men and boys, they are also detrimental to women, because they are premised on the idea that to be a woman or to be like a woman is to automatically be lesser and wrong. When women see men shaming other men for being feminine, they too are being told that femaleness is a marker of shame. Of course, it’s not only men who do this — our culture as a whole shames men who are perceived as “unmanly." This is a form of misogyny that harms everyone, male and female.