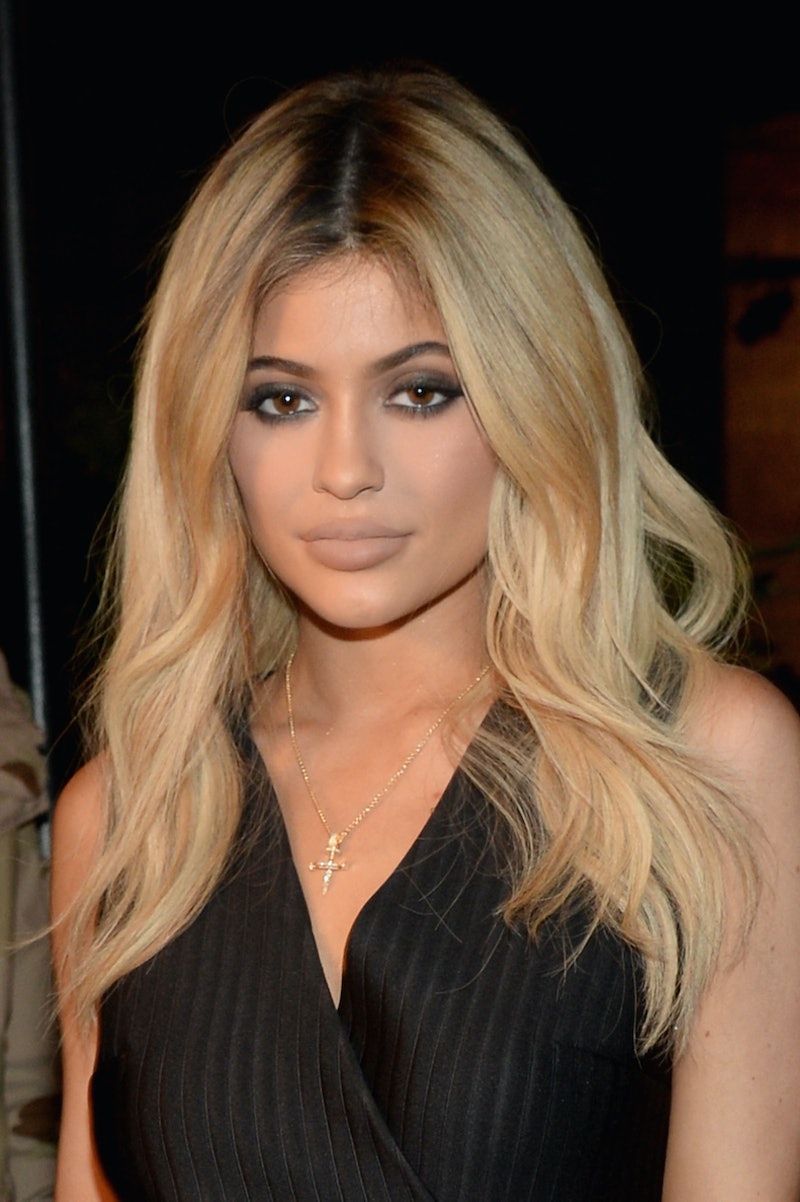 A strong case could be made that Kylie Jenner is quickly becoming the most popular of the Kardashian-Jenner clan. While Kim K.'s contour routine will forever be famous, the youngest Jenner's beauty routine may have surpassed it. On her website, Kylie Jenner demonstrated how she applies moisturizer and it's such a unique way, I think it places her at the top of the family's beauty hack hierarchy. In the video, Kylie and her best friend decided to "make over" Kylie's assistant. By the end of the video, her assistant in the chair is rocking the signature Kylie Jenner look. However, it was the way Jenner chose to apply moisturizer that really grabbed my attention.

Over the past several years, Jenner has been steadily climbing in popularity. There are just as many — if not more — Kylie Jenner makeup tutorials as there are Kim Kardashian contouring lessons on YouTube, and according to reports, Kylie's app is the most downloaded of all of the Kardashians/Jenners. It's not hard to see why though. Jenner's fame increased around the same time her lips did. They've given the youngest of the family media coverage upon media coverage and sparked the obsession with her beauty routine. While we now know that Jenner's lips aren't natural, other aspects of her beauty arsenal are being investigated, including her moisturizer application.

In a video posted on thekyliejenner.com, Kylie and best friend, Stas, begin the process of making over assistant Victoria by emphasizing the importance of moisturizer as a first step. While most people would expect to see a Jenner applying the product with her fingers or a traditional foundation brush, she brings out the big guns. Specifically, Kylie reaches for the Artis Elite Mirror Oval 10, a rounded oval fiber brush most often used for self-tanner application.

The brush is already a favorite of both Kim Kardashian and Caitlyn Jenner, so maybe there's been a bit of family beauty secrets passed on through Kylie's video. On top of apparently being excellent for moisturizer (and feeling amazing, as noted by Victoria), it's also great for applying powder foundations and highlighters. Basically, the brush is an incredible multi-purpose tool.

If you're wanting to try Jenner's unique moisturize application, you can head over to Artisbrush.com and pick up the tool for $72. Think of the purchase as a 3-in-1 deal.