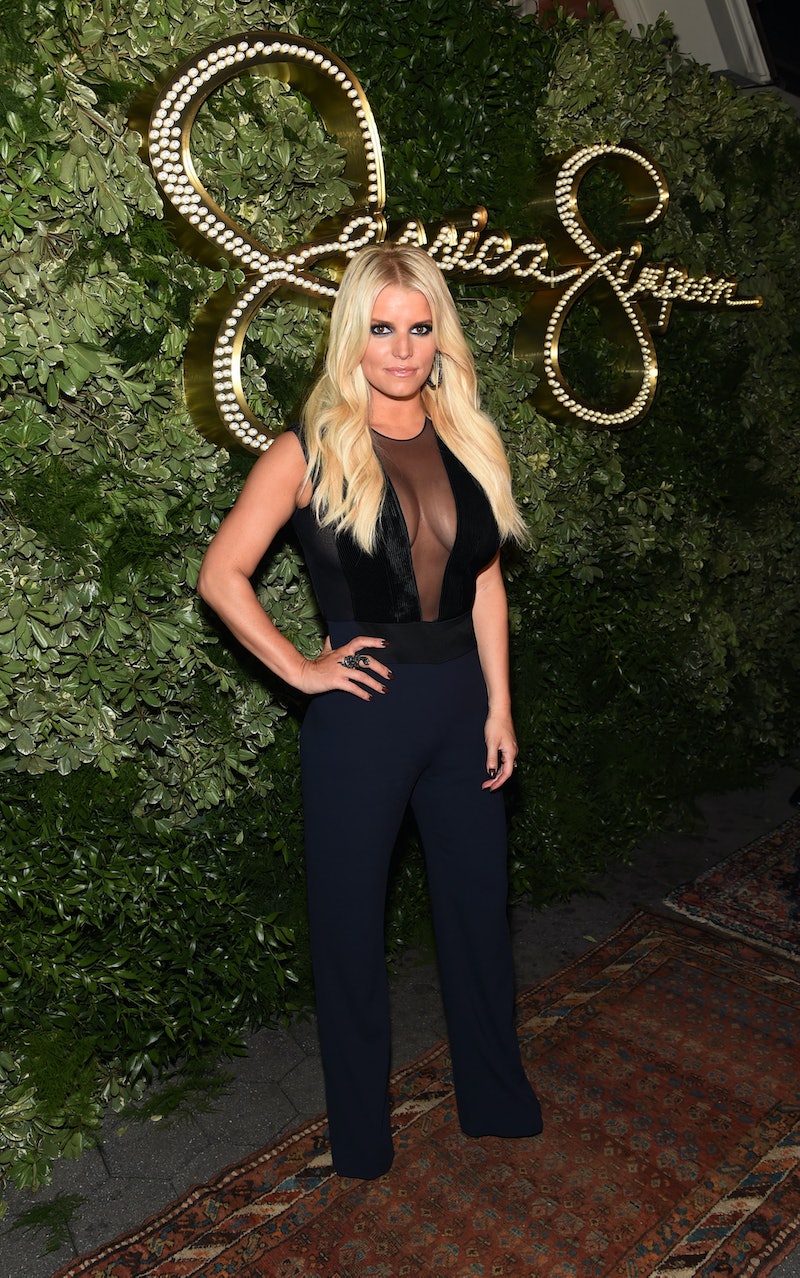 Most people look at fall as a time to cover up in handfuls of layers, from chunky sweaters to blanket scarves, but Jessica Simpson sees fall as a time to rock cowboy boots and little black dresses, but you can't really blame her when she looks so great in them! Jessica Simpson shared photos from her new fall campaign where she wears a variety of dresses with super short hemlines, pairing them with cowboy boots and her eponymous line's signature platform heels.

The ad campaign was shot in a dessert, in fact, it was shot in the same place her very first brand campaign was shot, so the locale was more than appropriate for bare legs. In one shot, Simpson wears a black dress with long sleeves adorned with fringe and a pair of silver heels. In another shot, Simpson channels Daisy Duke — one of her most well-known acting roles — in a pair of red cowboy boots and a cream-colored knit poncho that looks like it could double as a super comfy blanket (note to self: buy a poncho for fall).

2015 marks the 10th anniversary of Jessica Simpson's fashion line, which has been insanely successful over the years. She even has plans in place to expand her already extensive product offering with a line of activewear, followed by a line of baby clothes. At any rate, the Jessica Simpson business just keeps getting better and better!