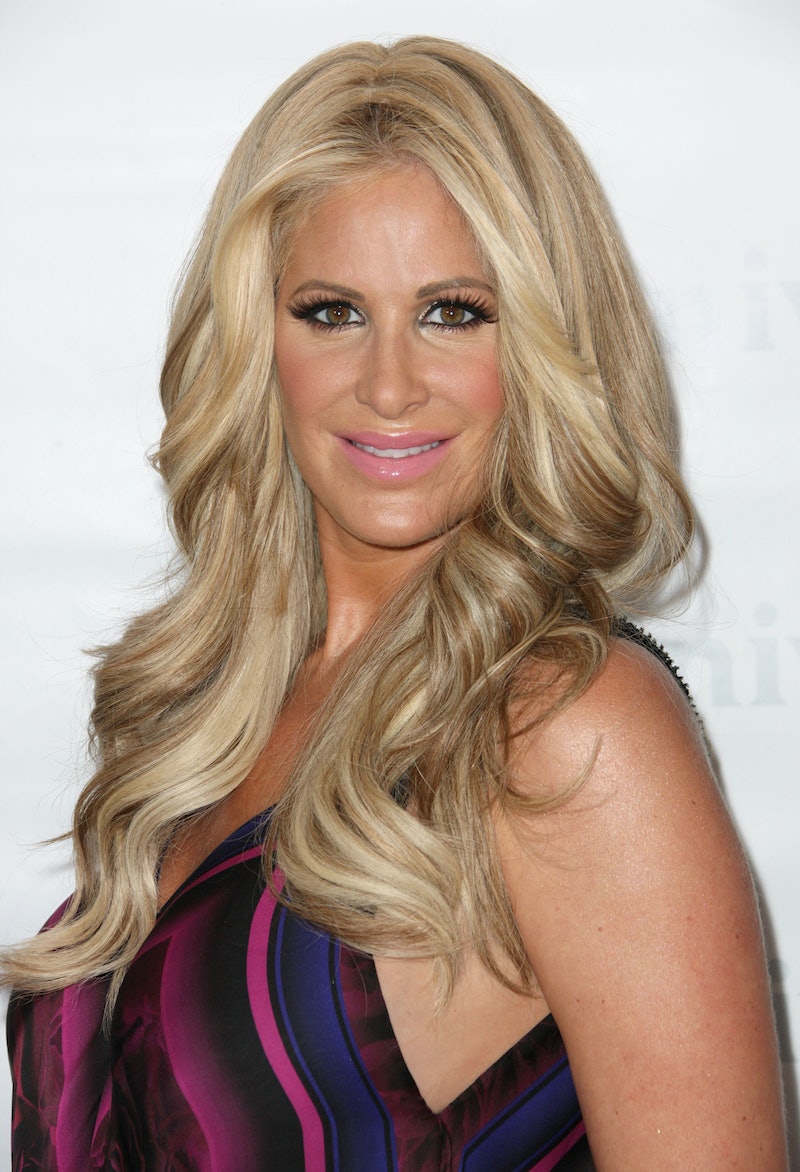 After a terrifying health scare, former Dancing With the Stars contestant Kim Zolciak is talking about her "mini stroke" for the first time and she seems to be in positive spirits. While chatting with Good Morning America Thursday, the Bravo reality star said, "I'm feeling great." With that said, she was nervous flying to New York City from her home in Atlanta, but she looks and sounds healthy. Also, some might be surprised to hear that Zolciak is calling her hospitalization a "blessing." She said,

It was a blessing in disguise. The minor TIA [Transient Ischemic Attack] revealed that I have a PFO [Patent Foramen Ovale], which is like a hole in your heart. I was born with it and it never closed. That's what caused it [the "mini-stroke"], basically.

In late September, Zolciak shared her health scare news, but remained in high spirits. Soon after going to the hospital, the Don't Be Tardy star released the following statement to Bustle via her rep: "I want to thank everyone for their love and support over the past few days. I am now home with my family, resting and taking care of my health. I can't express enough how much I love dancing and this whole experience, and I hope this will not be the end of dancing."

While on GMA, she admitted that she "probably" pushed herself too much, especially since in addition to DWTS, she has a reality show and is the mom of six children. However, it seems her TIA kind of saved her life, because if she hadn't had it, she might not have ever learned about her PFO.

According to the American Heart Association, "A hole in your heart would seem to be the very definition of a 'problem.' Yet more than a quarter of the population has one, and for most it causes no adverse health effects. In fact, the vast majority of those affected don’t even know it." As for a PFO, the organization reports, "For the vast majority of the millions of people with a PFO, it is not a problem, even though blood is leaking from the right atrium to the left. Problems can arise when that blood contains a blood clot." That's exactly what happened to the 37 year-old, because due to the PFO, the blood clot was able to pass through the hole and cause the "mini-stroke."

Thankfully, Zolciak is doing well and is now aware of her health issues.