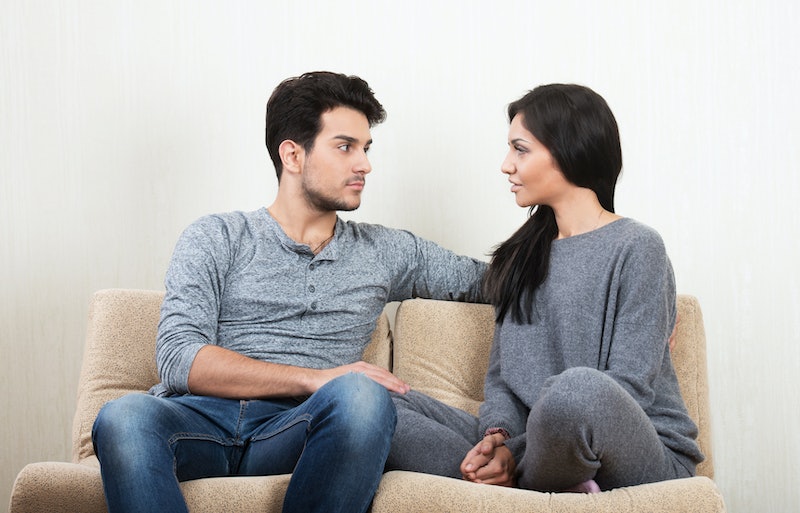 According to a new study out of Norway, men and women react to their partner cheating differently. While men get highly jealous of cheating that is physical in nature (sex), where women get their highest amounts of jealousy is when their partner has an emotional affair. For women, forming an emotional bond outside of the relationship is far worse than, say, a one-night stand or even a casually sexual fling.

Why this is the case is based on evolution, of course, as well as procreation. Since the dawn of humanity men have struggled with whether or not their child is actually theirs, and if it is then only then will they provide for the child. So, that being said, in the back of a man’s mind, sexual infidelity is worse than emotional because there’s the chance that it could result in a child. It may be 2015, but we are all still products of an evolutionary pattern that is meant to keep the species alive and well.

The reason women find emotional cheating so much worse is because they’re dependent upon the resources that their male partner can provide in regards to raising a child. Again, this is evolution, not a knock against feminism or a bowing down to gender stereotypes.

But before we can even fully delve into someone’s reactions to their partner cheating, we first need to examine why someone would cheat in the first place. Here are seven reasons why someone might stray, physically or otherwise.

Since we already know that sex is a pretty important component in keeping a relationship happy and healthy, one of the major reasons someone might cheat is because they’re not getting the sexual satisfaction they need or want. Research has found that for 20 percent of those who cheated, it was merely because they were “sensation seeking,” which translates to them either being bored or just looking for something else.

2. Need For Validation And Attention

It’s hard to keep a relationship going strong when interest in each other has sort of died. You just get to a point where you forget to tell your partner how hot they are or how much you appreciate them. It’s in those circumstances that one partner might feel that in straying they’ll find someone who tells they look great or that what they have to say or offer is important. It's the need for emotional validation that can make a partner head for greener pastures.

Women who cheat mostly do so to fulfill an emotional need that‘s missing in their relationship.

According to biological anthropologist Helen Fisher, the majority of men, at 54 percent, who cheat are actually quite happy in their relationships, while only 34 percent of women who cheat can say the same. From an evolutionary standpoint, women want to feel an emotional connection from their partner and an intimacy of being with someone, not just having sex with them. Because of this, when women cheat they're more likely to turn their infidelity into an actual relationship. It's rarely a quick fling for them.

For those who have been cheated on or betrayed in some way by their partner, cheating is used as a way for revenge. The idea is that if they've been hurt by their partner, then they're going to hurt them back. Of course it just creates more of a mess, but when you're heart is broken it's not as though you're thinking clearly.

Sometimes people cheat simply because the opportunity comes up and they jumped at it. In these particular cases, it's more men who act on this than women because, as research has found, women have to “warm up” to the idea of cheating, while men do not. Women tend to examine the risk they’re taking by cheating, whereas men, being wired differently, are less likely to mull it over before making their move.

According to studies, some people are actually born more prone to cheat than others. In these cases, it’s a matter of a having a gene which makes them more likely to take risks. The gene behind this behavior is a mutated receptor gene within the hormone vasopressin, the hormone behind our social behavior and empathy, and because of its mutation it can cause people to act in a way that isn’t exactly on the up and up.

7. The Novelty Of It

According to psychiatrist Richard A. Friedman, some people cheat simply because it’s novel and exciting. As he wrote for the New York Times earlier this year:

"Cheating can be intensely pleasurable because, among other things, it involves novelty and a degree of sensation seeking, behaviors that activate the brain’s reward circuit… which conveys not just a sense of pleasure but tells your brain this is an important experience worth remembering and repeating."

And if your relationship isn't feeling all that exciting, naturally you're going to search for some spice elsewhere. It feels good to be bad sometimes.