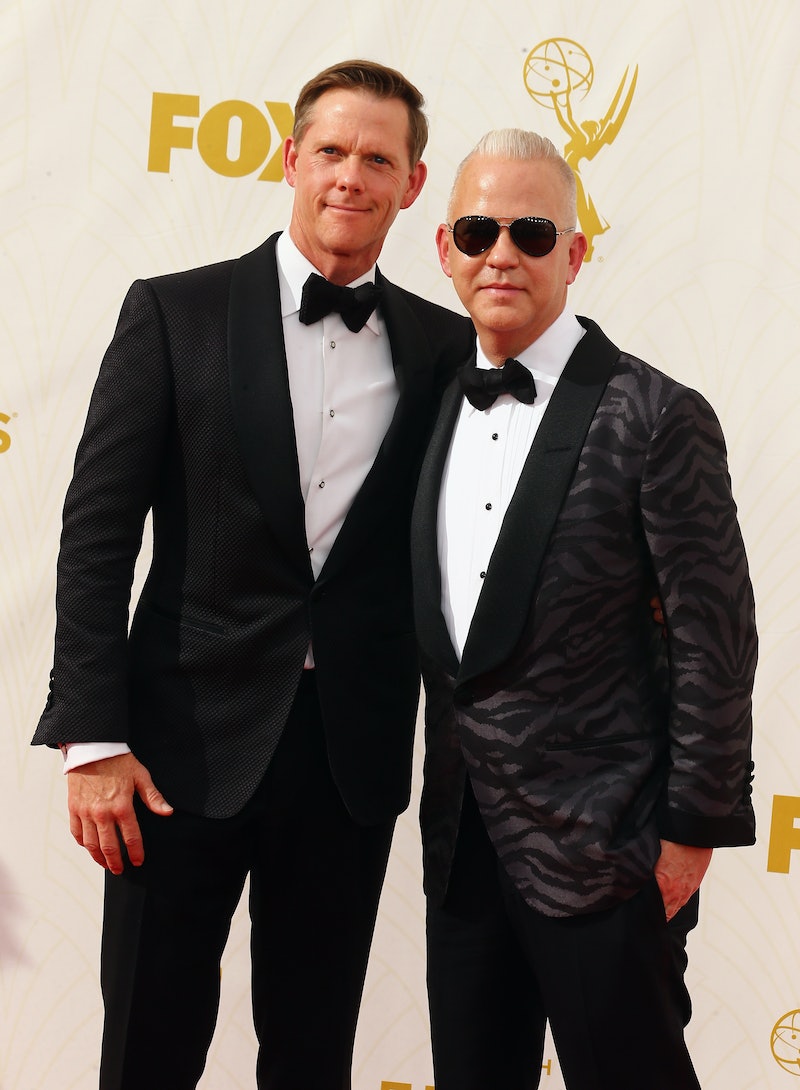 Turns out, Glee is the odd one out in Ryan Murphy's television cannon. Television's foremost horror auteur has churned out American Horror Story, Scream Queens, and now a companion true-crime anthology American Crime Story, slated to premiere next year. A new teaser for Ame rican Crime Story has arrived, and it portrays Nicole Brown Simpson's dog trotting out from behind a wall, whimpering and tracking blood from its paws. The dog, according to Variety, was the only witness to Brown Simpson's murder, allegedly at the hands of then-husband OJ Simpson. Simpson was famously acquitted.

The first installment of American Crime Story will focus on the OJ Simpson investigation, entitled as it is "The People Vs. OJ Simpson." It's based in part on legal analyst and New Yorker writer Jeffrey Toobin's book The Run of His Life: The People Vs. OJ Simpson. But the OJ trial is just one tale American Crime Story will weave as a sister series to American Horror Story. Where the older show, whose latest series Hotel premiered last night, plays on tropes across the horror genre (diabolical twins, witchcraft, clowns, and spooky asylums), American Crime Story will focus on things that actually happened. If the OJ example is any indicator, these will be some of the highest profile and most mythologized cases in recent (or perhaps not-so-recent) history. So, while American Crime Story hasn't even hit the air yet, here are a few of the most sensational American crimes we'd love to see appear in Murphy's latest offering.

American Horror Story: Hotel will feature an appearance by America's most notorious female serial killer, as played by Lily Rabe. But her character, according to early reports, might not have a central part in the haunting of the Cortez Hotel, so a full-length reconstruction of the myth is definitely in order.

David Fincher examined the Zodiac Killer's legacy in the 2007 film Zodiac, which also stars American Horror Story alum Chloe Sevigny. (She portrays Wes Bentley's wife in Hotel.) Between the cross-casting potential and the eerie, unresolved nature of the Zodiac crimes themselves, Murphy could really do a number with American Crime Story: Zodiac.

Truman Capote's In Cold Blood is one of the most famous examples of what has come to be known as "new journalism." It blends a narrative, omniscient third-person account, much like a work of fiction, with detailed reporting and interviews. Its writing is the subject of the Phillip Seymour Hoffman film Capote, and the book itself has also been the subject of attempted, but not totally satisfactory, recreations. A Ryan Murphy recreation of the story would be a welcome addition to the cannon, as Murphy's flair for gruesome details rivals Capote's own.

The Black Dahlia's origins were detailed in the first series, American Horror Story: Murder House, and she was also the subject of an early 2000s film starring Aaron Eckhart. Since Murphy has shown he's not shy about retreading ground (Hotel will likely contain a bit of overlap with Murder House, and all series of American Horror Story take place in the same universe), the Black Dahlia seems fair game.

Gacy was nicknamed the "Killer Clown," and if that's not enough to pique Murphy's interest, his childhood was the subject of a Sufjan Stevens song entitled, predictably, "John Wayne Gacy, Jr."

Aviator Charles Lindbergh's son was kidnapped and murdered in a crime that remains unsolved. The Lindbergh murder also formed the foundation for Agatha Christie's novel, Murder on the Orient Express. Since Murphy thrives on stories with a substantial myth attached, the novelization and original sensationalism of the crime (Lindbergh was demanded a $50,000 ransom) seems a perfect fit.

With a title that seems like it could be satire of American Horror Story, American Crime Story will hopefully prove itself to be an inventive examination of some of the most prevalent criminal myths in our popular imagining. These crimes are only the beginning; with our voyeuristic penchant for picking out gruesome crimes to fixate on, there's endless fodder for this new anthology.