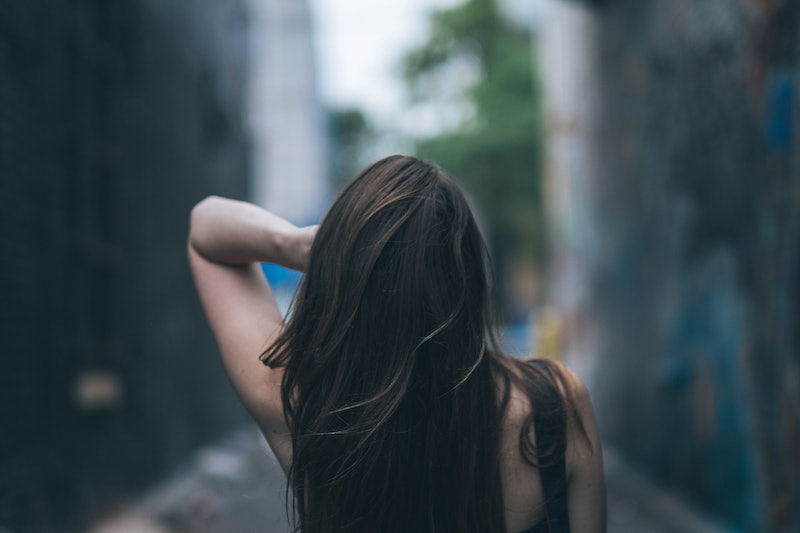 I love humans. In fact, I spend all day with them — at any given moment I am usually surrounded by at least 40 people in or outside of work, and as a person who is naturally (and at times aggressively) extroverted, I enjoy this immensely. I think that is why it is a little difficult for people to reconcile this with the fact that I really, truly love being alone — and that even though I always thoroughly enjoy seeing people once I get to them, it's generally a struggle to motivate myself to get out the door first.

I know I'm not at all unique in this. I'd go so far as to say that this is a very Millennial state of being: we love each other very much, but we also secretly long to shut ourselves into our rooms with a book and a glass of wine, or some other hip variation of draaank and entertainment, and not talk to anyone for infinity hours. But I don't think that our desire to be alone stems from laziness, the way our generation tends to be portrayed. I mean, we all have side projects we are working on that we generally want or need to have alone time to make any progress with — a book you're writing, a recipe you're trying to knack, an event you're planning, or some other sort of solo activity. We shouldn't feel guilty for carving out time for ourselves. It's when it seems inconsistent with the rest of your personality that it becomes awkward to try to explain — particularly to someone you're dating.

It might be easier if all the loners just dated each other, but that's usually not how that works. (Like, where would we even find each other? Dude.) There's usually someone in the relationship who tends to be a loner, and someone who is not, and if the latter is not fully prepared to handle dating a loner, there are inevitably going to be misunderstandings:

Not unlike cats, when you're courting a loner — regardless of how extroverted or introverted they seem — their interest in you looks pretty similar to disinterest. They don't go out of their way to make plans. They don't spontaneously text you as they're getting ready for bed. It may seem disconcerting to a non-loner that they're fine without seeing or hearing from you for what feels like awhile.

But the thing to pay attention to here in a circumstance like this is how they behave when they're around you. The fact that they carve time out of their life for you is more telling than anything, because un-shockingly, loners prefer being alone. And if all else fails, just straight up ask them. Whatever happened to plain old asking people things?

As a hazard of not always being the type to initiate plans with other people, you might think this is some version of stringing you along or messing with your head. The honest truth is that if you feel this way, they (hopefully) never intended it, and are usually not even aware that you're feeling this way. When someone generally finds comfort in being on their own, it doesn't always occur to them that other people might take it personally and misconstrue their intentions.

There is definitely a very ~romanticized~ idea in pop culture of Person A chasing after Person B — cue inner turmoil of both characters, the swell of the soundtrack, and the sexual tension getting resolved in one heart-stopping, cinematic kiss. Enter real life, where it is ridiculous for any person to expect to be "chased". Love is a two-way street, not a racetrack. Loners aren't looking to play out some unhealthy rom-com fantasy to watch you "earn" their love by chasing after it; if you feel like you have to chase them, you're probably just moving at a different pace than they are. Wait a bit. Meet them halfway.

There is a stereotype of what "loner" looks like, and it's generally someone quiet and reflective, someone who doesn't get out much and stays out of the way when they do. But there are loners in every shade of the Meyers-Briggs world. Even the people who thrive most in crowds might consider themselves loners, the same way often very quiet people prefer to spend time around other people. You might be tempted to think that they're "faking" the whole loner bit when you see them turning it on in public, but that doesn't make their need for down time by themselves any less real.

Well, first newsflash: everybody's hiding something. Many things, in fact. But a desire to keep a part of your life whole and separate from somebody else's isn't totally abnormal. It's not just loners — everyone can benefit from having time that is entirely spent on their own, with their own thoughts, by their own will. If and when you both feel like sharing your separate lives with each other, it will be when a level of comfort has been reached and a level of trust has been earned.

If you have ever been in a dynamic where someone in the relationship holds more power by being the one who cares less, you know how unhealthy it is. And dating a loner, it might be hard to separate the suspicion of that feeling from the real thing. A lot of the ways we define emotional investment have to do with the time we spend with someone — the time we sacrifice out of our days, doing our own things and accomplishing our goals, to be with someone else instead. Loners will be as generous with that time as they can, but it's not nearly as much as the average person would be. It might be easy to mistake this for ambivalence, or some reflection of how they feel about you, when really it's for the sake of their own sanity (and, ultimately, yours).