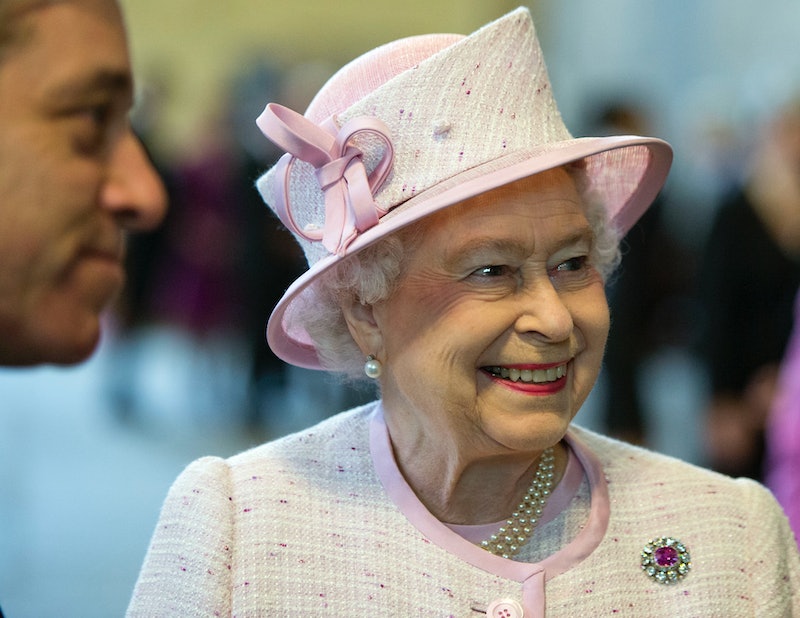 Somewhere in an alternative universe, Queen Elizabeth has kicked off her sensible pumps and is popping a bottle of champagne with everyone who made it onto her 2014 New Year Honors List. And we're there, too, rubbing elbows with our favorite influential Brits and cracking everyone up with our attempts at a Cockney accent.

This year's list included two major heavy-hitters in the fashion industry. Arguably the most important makeup artist in the world Pat McGrath has been named a Member of the Order of the British Empire (that's an MBE, for all you Americans who want to sound in-the-know) in recognition of the extraordinary vision she's brought to the fashion and beauty industry. McGrath — the Design Director of Procter & Gamble Beauty, who works with brands COVERGIRL, Dolce & Gabbana The Makeup, and Max Factor, and has been known to post #FashionFlashback pictures on her Twitter account — has had a phenomenal year in beauty, from the bejeweled face masks at Givenchy to the bright gold eyebrows at Dior.

The other fashion industry Brit who made her way onto the Queen's venerable list is none other than Phoebe Philo, the creative director (and powerful tastemaker) of the French luxury house Céline. Philo has been named an Officer of the Order of the British Empire (OBE) for her incredibly influential work with the label. She began at Céline in 2008, transforming the brand into an absolute must-have (her followers are called "Philophiles"). Her vision for Céline is distinctly minimalist and Parisian — feminine wearability at its most sophisticated.

Although the queen may never step out in a jeweled McGrath eyebrow or a sleek Céline pantsuit, it's only fitting that she recognize their substantial contributions to the fashion industry and, by extension, Britain as a whole. And right now, in that alternate universe, we're pretty sure McGrath is giving the Queen a bejeweled makeover.