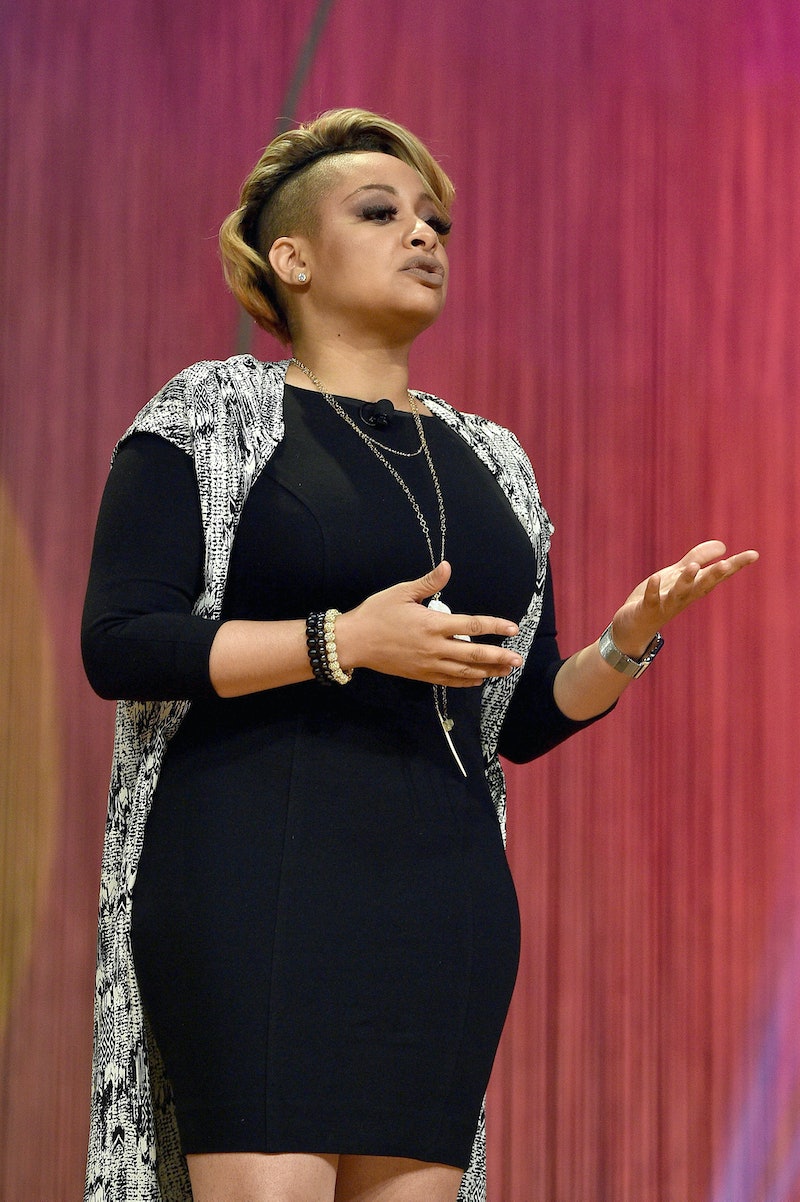 Earlier this week, former child star Raven-Symoné made headlines once again for controversial comments she made on The View . In a discussion entitled "Are You Judged By Your Name?", the hosts discussed new research which suggests that people are biased against certain names deemed to be "stereotypically black". One would assume that Symone, who is black herself, would have been vocal in speaking out against the racial bias, but instead she only reinforced it by revealing that she shares the opinion that certain names aren't to be taken seriously and she would never hire someone with a name like "Watermelondrea." Yikes. And while most of us are often admonished for certain behaviors by our parents well into our adult years, Symone's father took his disapproval of his daughter's comments public.

Writing on his Facebook page on Saturday, Christopher B. Pearman revealed that he'd been questioned about his daughter's comments on The View and that he felt the need to respond, despite the fact that Symone is an adult and he hasn't managed her career in more than 10 years. He also defended her right to have her own opinions and express them as she wishes, "right or wrong", and lauded her success in Hollywood over the years.

"Children grow up and become influenced by many things, situations and people. I certainly don't agree with what she said... but she is damn near thirty years old. She's a grown ass woman making grown ass mistakes. We all have been guilty of this," Pearman wrote. "I did my best as her father, mentor and career manager. I believe I did a Wonderful job. Aside from this inexcusable gaffe, her 29 years in the entertainment industry has been quite successful, for there have been only an Elite Few Child Stars to last this long and have little to no controversy. For this, I am Very Proud!"

Pearman went on to insist that Symone is a "beautiful, sweethearted human being" and that he still loves her despite the fact that she says "dumb S#%T!" sometimes. He echoes the thought of most parents, of course, who love their kids despite the mistakes they make. The difference here, of course, is that Symone is a celebrity and her father addressed her behavior in a public forum rather than telling her off on the phone or to her face. Then again, that is another classic parent move: embarrassing your kids never gets old, no matter how old they get, right?

Symone's comments were certainly disappointing, but I also think her father could have expressed his disappointment and offered some guidance privately rather than on Facebook. It may not change her opinions, but it might make her stop and consider the implications of what she's saying in future before blurting these things out and offending so many people.